Bearing And The Senator

Posted by Angelo Agathangelou at 8:14 pm No comments: Links to this post

Dr. Ron Paul: State-by-State the horrendous "Drug War" is finally coming to an end. It's never easy to being the first to do the right thing. Most wait until the coast-is-clear. But now the momentum is strong. Today Ron Paul talks about the states who are legalizing gold & silver as money once again. Wyoming specifically has started the ball rolling. Will sound money finally pick up steam?
Posted by Angelo Agathangelou at 5:09 pm No comments: Links to this post

hequal: On Tuesday Conservative aide Richard Holden wrote a must-read article about his experience of being falsely accused of sexual assault. His ordeal saw Holden resign from his job and then losing another only to be cleared in less than an hour by a jury with even the judge noting his innocence and the fiasco appears to be yet another case of serious misconduct by the police and CPS.

In such cases, it’s interesting to examine media coverage of events, and examine contrasts between reporting of mere allegations put forward during the trial, and the actual verdict. 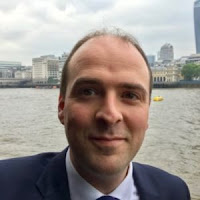 The allegations against Holden [right] were first reported by Buzzfeed on November 7th 2017, with two of their journalists writing an article with 14 paragraphs about the allegations. Buzzfeed doesn’t appear to have covered the trial itself while it was in progress, but reported the verdict, albeit about as concisely as possible. The article is just five sentences long, and only three of those concern the case itself, with no detail whatsoever about the judge’s comments nor the speed in which Holden was cleared.
It’s obvious that Buzzfeed has no interest in the countless victims of false accusations in the UK and their coverage of the Holden case reflects this. However, while  their behaviour is unpleasant and extremely poor journalism, it isn’t grossly unethical either and they have at least produced a headline making readers aware of Holden’s innocence (if not the true reality of the situation).
Read more »
Posted by Angelo Agathangelou at 12:22 pm No comments: Links to this post

Survival Of The Individual

: Are you CONSCIOUSLY steering your life?
Posted by Angelo Agathangelou at 10:50 am No comments: Links to this post