The USA Is Now A 3rd World Nation

By Charles Hugh Smith: I know it hurts, but the reality is painfully obvious: the USA is now a 3rd World nation.
Dividing the Earth's nations into 1st, 2nd and 3rd world has fallen out of favor;apparently it offended sensibilities. It has been replaced by the politically correct developed and developing nations, a terminology which suggests all developing nations are on the pathway to developed-nation status.
What's been lost in jettisoning the 1st, 2nd and 3rd world categories is the distinction between developing (2nd world) and dysfunctional states (3rd world), states we now label "failed states."
But 3rd World implied something quite different from "failed state": failed state refers to a failed government of a nation-state, i.e. a government which no longer fulfills the minimum duties of a functional state: basic security, rule of law, etc. 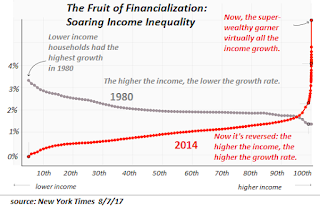 3rd World referred to a nation-state which was dysfunctional and parasitic for the vast majority of its residents but that worked extremely well for entrenched elites who controlled most of the wealth and political power. Unlike failed states, which by definition are unstable, 3rd World nations are stable, for the reason that they work just fine for the elites who dominate the wealth, power and machinery of governance.
Read more »
Posted by Angelo Agathangelou at 9:19 pm No comments: Links to this post

"We Are Headed For The Status Of A Colony": Boris Johnson's Full Resignation Letter

"We are truly headed for the status of colony — and many will struggle to see the economic or political advantages of that particular arrangement."

By Tyler Durden: The much anticipated resignation letter penned by the former UK Foreign Minister Boris Johnson has been released, and in as expected, he does not mince his words in unleashing a brutal attack on Thersa May, warning that "we have postponed crucial decisions — including the preparations for no deal, as I argued in my letter to you of last November — with the result that we appear to be heading for a semi-Brexit, with large parts of the economy still locked in the EU system, but with no UK control over that system."
He then adds that while "Brexit should be about opportunity and hope" and "a chance to do things differently, to be more nimble and dynamic, and to maximise the particular advantages of the UK as an open, outward-looking global economy", he warns that the "dream is dying, suffocated by needless self-doubt."
He then compares May's proposal to a submission even before it has been received by the EU, noting that "what is even more disturbing is that this is our opening bid. This is already how we see the end state for the UK — before the other side has made its counter-offer. It is as though we are sending our vanguard into battle with the white flags fluttering above them."
Read more »
Posted by Angelo Agathangelou at 7:41 pm No comments: Links to this post

'Feminism is chauvinism!'
By Gerard Nicol: For anybody considering becoming a feminist, anti-feminist or something in between, the question has to be asked; what is feminism?
Back in 2004, the National Institute of Health (“NIH”) ran a study on Gender Bias titled Why Do Women Like Women More Than Men Like Men? which was published in the Journal of Personality and Social Psychology.
The study found that women have a remarkably stronger in-group bias, and that men lack an inbuilt mechanism to favor their own gender.
The hypotheses given for these clear results was that children bond to their mother more than their father, and that the more favorably men look upon sexual intercourse, the more men show bias towards women (interesting given that this research was done at a time when Freud’s Oedipus Complex Theory had been long discredited). 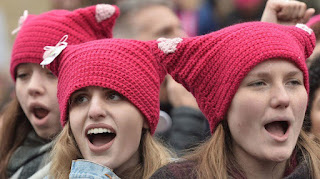 "The criminalization of political speech and activism against Israel has become one of the gravest threats to free speech in the west.” Glenn Greenwald 19.7.2017 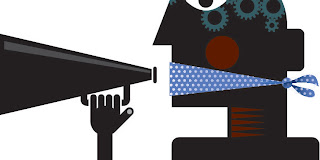 A Statement by Gilad Atzmon: Together with veteran Pink Floyd star Roger Waters and many other artists and thinkers worldwide, I am being subjected to an international smear campaign, orchestrated and promoted by various Zionist institutions that attempt to silence every form of legitimate dissent of Zionism and Israeli politics.

Local councils, clubs and festivals that promote my music or my thoughts around the world are being subjected to a barrage of emails sent in a clear and malicious attempt to slander me. In these emails I am called an ‘anti-Semite’, ‘bigot’, ‘racist’, ‘Holocaust denier’, and so on.
Obviously, there is no truth in any of this.  As a writer I have indeed criticised Israel and other manifestations of Jewish political exceptionalism, I critically analysed Zionism, Jewish politics, ideology and identity politics in general. I do believe that all states, ideologies and politics must be subject to criticism, but I have never criticized Jews (or anyone else for that matter) as people, as a race or as a biological entity. In fact, my work is deeply anti-racist and focuses only on the political and the cultural.
Update: in January 2018 Gilad Atzmon was listed amongst 'one hundred living peace and justice activists, advocates, models.'
Unfortunately, there are some who are engaged in relentless censorship and book burning and we must never permit them to succeed.

: Trudeau's inconsistency and hypocrisy don't disprove that he is a feminist. Meanwhile, #GropeGate isn't fixing the problem.
Posted by Angelo Agathangelou at 2:48 am No comments: Links to this post