You Now Can't Leave The U.S. Unless The IRS Lets You

Authored by Ryan McMaken: When it comes to human migration, nearly everything we hear nowadays in relation to the United States and Europe is related to immigration into North America and Europe.
Historically, however, governments have often been as concerned with emigration as they have been with immigration.
This is not surprising since government have always attempted to "monopolize the legitimate means of movement" as noted by historian John Torpey. For Torpey, author of The Invention of the Passport: Surveillance, Citizenship and the State, a preferred method of "regulating international movement" has been the passport. Wendy McElroy puts things less subtly when she describes the passport as a tool the state can use to "exert social control by refusing travel to 'enemies of the state.'"
It should not be surprising, then, that the US government is now cracking down on Americans who have outstanding tax bills — by holding their passports hostage. This could affect more than 360,000 Americans.

The Answer To Feminism Is Not Gynocentric Traditionalism

Dysfunctional Gynocentric Cultural Values Must Go
By Peter Ryan: Black Pigeon Speaks (BPS) did a video recently titled, “ONLY Patriarchy Builds Nations * / & Other Uncomfortable Truths”1. The video raised a number of pertinent factors to consider in what makes developed civilisations sustainable and in this article I will provide my thoughts on that and where Western society went wrong. 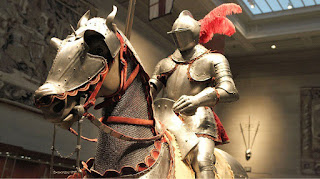 As the societal consequences from decades of feminism become more and more apparent, there is a push in some corners of society for a return to gynocentric traditionalism2.  However, the answer to feminism is not returning to promoting gynocentric traditionalism by encouraging chivalry and infantilising women. Gynocentric traditionalism allowed feminism to gain traction in the first place. We got to where we are because we treat men as expendable and we do not hold women accountable for their actions and treat them like they are children. These dysfunctional gynocentric cultural values have allowed the feminist trojan horse to take over society and have led to the marginalisation of men and boys. This marginalisation of men and boys will eventually trigger socioeconomic collapse, or the “Fempocalypse” as Karen Straughan coined it3.
Read more »
Posted by Angelo Agathangelou at 10:38 am No comments: Links to this post

Trump Slams Theresa May Hours Ahead Of Meeting

By Tyler Durden: In a extensive interview with with the popular Jewish Murdoch-owned British tabloid the Sun, Trump landed a double blow to embattled UK Prime Minister Theresa May, criticizing her handling of Brexit and saying her plans for a "soft Brexit" would kill any hopes of a trade deal with the US, suggested former foreign minister Boris Johnson, who quit May's cabinet on Monday, would be a better leader than May, and criticized London Mayor Sadiq Khan as "terrible" and unwelcoming.
Trump said that while he likes May, she didn’t listen to his advice on Brexit, and that her Brexit deal isn’t what the U.K. voted for, and warned she may have killed any chance of a key US trade deal.
His comments come at the start of a three-day tour of the U.K., which includes dinner at Blenheim Palace, the birthplace of Winston Churchill, and tea with Queen Elizabeth II at Windsor Castle. And, of course, Theresa May herself.
May had been hoping to impress Trump and use the visit to push for a trade deal with the U.S. after the U.K. leaves the European Union next year, in a process known as Brexit, however that may no longer happen as a result of Theresa May's proposed "Soft Brexit" deal with the EU.
Trump told The Sun: "If they do a deal like that, we would be dealing with the European Union instead of dealing with the UK, so it will probably kill the deal."

: What does a feminist say when a highly publicized trial ends in acquittal for the accused? The script is as predictable as the pious platitudes one would find at a women’s conference.