She Is The Law

"Why does the author Ashifa Kassamwriting for the guardian newspaper think that liars being caught lying will discourage actual victims?"
Asks johntheother.
Read more »
Posted by Angelo Agathangelou at 10:52 pm No comments:

This is deep... This is as dark as it gets, and this is the biggest espionage case involving government officials in the history of this country.” 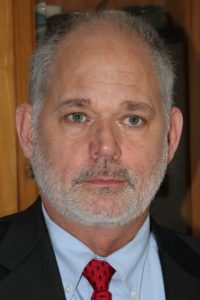 Via Greg Hunter: Former CIA Officer and whistleblower Kevin Shipp says what Hillary Clinton did with her charity and Uranium One while she was Secretary of State was a crime for the history books.
Shipp explains, “Hillary Clinton used this to launder money in foreign banks so it wasn’t subject to U.S. laws, congressional subpoenas or FOIA demands for the evidence.  This was done to launder this money globally into the Clinton Foundation so the U.S. government could not examine it at all.”

Special Prosecutor Robert Mueller was the head of the FBI while the Uranium One deal was being done by Clinton and the Russians.  One fifth of U.S. uranium production was bought by the Russians in a deal Clinton pushed and approved.  The Clinton Foundation received more than $140 million from some of the same Russian players who were involved with Uranium One.  Why didn’t Mueller stop the deal?
Read more »
Posted by Angelo Agathangelou at 6:11 pm No comments:

: Our boys are under attack. The culture consistently voices anti male messages and are unaware of their blatant use of hurtful double standards.

One of the many advocates for Men’s Rights
Posted by Angelo Agathangelou at 6:38 am No comments: