Another Misandric Hit Piece By 50:50

“Young men should be furious”: inside the world’s largest gathering of men’s rights activists 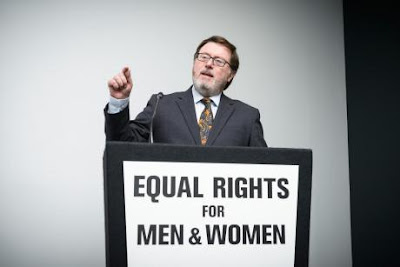 By Mike Buchanan:
Just published. I’ve posted the following comments, and invite you to post yours:


This is a trashy feminist propaganda piece, full of mistakes and deliberately misleading comments. To take but one example:
“In a breakout room ahead of the event’s keynote speech by Karen Straughan… I was the only woman in a room of entirely white men.”
That may have been true (at times just one or a handful of people were in that room) but it’s designed to give the false impression that the conference delegates were all white men, while this “journalist” knows full well there were plenty of women, as well as black and Indian men, at the event.

Vanessa Beeley: Just did an interview on Al Mayadeen and this is what I learned from the other guests in Damascus and Jordan about #WhiteHelmet exodus from S. #Syria - Dr. Turkie Hassan from Damascus ( a researcher ). Dr Hayat Atiyah al-Houwaiyek from Jordan ( a writer and researcher ). :
1. Out of the alleged 800 White Helmets who were given "exceptional assistance" by Israel - only 442 have actually arrived in the camps in Jordan.
2. According to intelligence on the ground, reality is that more than 3000 "exceptional" refugees have actually transited into Israel.
3. Does this mean that more than 2,500 were either Israeli affiliates & proxies who have been repatriated to Israel, EU Special Forces who will return home from Israel or Gulf State intelligence and military entities who will also return home from Israel without needing to transfer to Jordan?