By Elizabeth Hobson:  James Whale has been suspended by Talk Radio – for failing to treat a female guest with adequate chivalry. 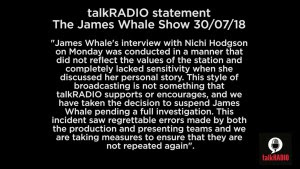 Nichi’s account of the segment and the offending clip itself can be found in The Guardian.

Read more »
Posted by Angelo Agathangelou at 11:16 pm No comments:

"How can you kill all the men without a good vampy lipstick?"
By Tyler Durden: The New York Times' newest editorial board member, Sarah Jeong, was outed as a bigot yesterday after dozens of tweets from less than four years ago were unearthed, revealing extreme hatred of white people.

The Times, in response, claimed to have known about the tweets - and said they were simply Jeong imitating racists.

"Her journalism and the fact that she is a young Asian woman have made her a subject of frequent online harassment. For a period of time she responded to that harassment by imitating the rhetoric of her harassers." -NYT

Except this was quickly dispelled after several tweets of Jeong's in which she drops casual bigotry such as "fuck white women" out of the blue were caught by other Twitter users.
Now, as the Daily Caller's Amber Athey reports, Jeong's Twitter history also reveals hatred of cops and men.

Read more »
Posted by Angelo Agathangelou at 9:27 pm No comments:

The Holocaust And Its Deniers

'Just three years after the liberation of Auschwitz, the Jewish state ethnically cleansed the vast majority of indigenous Palestinians.'
By Gilad Atzmon: In the aftermath of the Holocaust, some Jewish intellectuals and humanists expressed the thought that ‘after Auschwitz Jews have to locate themselves at the forefront of the battle for humanity and against all forms of oppression.’ 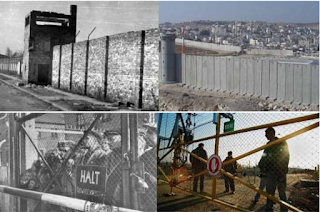 This is a principled and heroic ideal, but the reality on the ground has been somewhat different. Just three years after the liberation of Auschwitz, the Jewish state ethnically cleansed the vast majority of indigenous Palestinians. Two years later, in 1950, Israel’s Knesset passed the Law of Return, a racist law that distinguishes between Jews who have the right to ‘return’ to someone else’s land and the hundreds of thousands of Palestinian refugees that were expelled by force from their villages and cities.
In the seven decades since, the Jewish State has committed every possible human rights abuse. It made Gaza into the biggest open-air prison in human history and has repeatedly dropped bombs on the most overpopulated place on earth.

In contrast to the USA where a high percentage of boys are still routinely genitally mutilated shortly after birth, in Europe the practice is now mainly confined to children born into certain ethnic or religious communities. Over recent years, tradi-tional acceptance of ritual genital 'cutting' of male children in Europe has faced increasing challenge. The discrepancy between children as independ-ent holders of rights and parents as absolute arbiters of their children’s wel-fare has been noted and actioned by several medical, Governmental, non-Governmental and human rights organisations. There remains fierce re-sistance to change both from within and without the traditional genital mutilating com-munities.

Read more »
Posted by Angelo Agathangelou at 1:18 am No comments: