Their hearts may be empty but their stomachs shall be filled. Their hopes may be dead but their bank accounts will be in the black 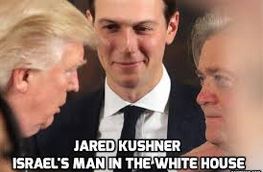 By Robert Fisk: Hindsight is unfair – but it might tell the truth. First, Donald Trump proclaims Jerusalem as the capital of Israel, thus depriving the Palestinians of their capital in the east of the city. The Palestinians are appalled. Mahmoud Abbas says he will no longer talk to the United States. So Trump rages that “we pay the Palestinians hundreds of millions of dollars a year and get no appreciation or respect.” It was only a tweet, but he means it. Those ungrateful Palestinian wretches! And he cuts $300m from America’s aid to the refugees, giving the oppressed and besieged and dispossessed Palestinians a mere $60m.
Already the United Nations Relief and Works Agency – recipients of international aid for 5.3 million Palestinian refugees – is having to get rid of its employees, 113 of them in Gaza alone last week. Unrwa has been caring for the Palestinians since 1949, and already has a current deficit of $49m. Its 30,000 Palestinian doctors, nurses, teachers and other staff face unemployment. Starvation thus threatens even more of the tired, poor and huddled masses of Gaza.
Read more »
Posted by Angelo Agathangelou at 8:29 pm No comments:

Antisemitism - Jewish Tool For The Suppression Of Truth

'Non-Jews in the UK are entitled, without being stigmatised as antisemites, to contend that a state that by law denies Palestinians any right of self-determination is a racist state.'
By Gilad Atzmon: Jewish power, as I define it, is the power to silence opposition to Jewish power. The scandal over the alleged antisemitism within the Labour party provides a perfect example. The Labour Party is accused of being “an existential threat to British Jews” (no more no less) because the NEC, its ruling body, defined antisemitism for the Labour party, without clearly including in its definition criticism of Israel.
In its definition for its own code, the Labour party adopted the problematic IHRA working definition of antisemitism but omitted the following ‘examples of antisemitism’ included with the IHRA:
§  Accusing Jewish people of being more loyal to Israel than their home country,

§  Claiming that Israel's existence as a state is a racist endeavor,
§  Requiring higher standards of behaviour from Israel than other nations, and
§  Comparing contemporary Israeli policies to those of the Nazis.
According to Labour’s ruling body, these examples may not be treated as anti -Jewish bigotry without clear evidence of anti-Semitic intent.  This treatment is the proper one according to most reasonable minds.
Since some Diaspora Jews admit to being more loyal to Israel than to their home country, it would be a bit problematic to accuse a goy of hatefulness for repeating what many Jews openly declare.

Read more »
Posted by Angelo Agathangelou at 4:00 pm No comments:

Posted by Angelo Agathangelou at 11:03 am No comments: