Ron Paul: Sunday's suspension and banning of antiwar and libertarian Twitter users Peter Van Buren, Scott Horton, and Daniel McAdams is all over the media today, including on Drudge and Zero Hedge. In today's special report we will bring all three together to tell what really happened...and more importantly, what it means to the future of social media and free speech.
Posted by Angelo Agathangelou at 11:36 pm No comments:

Men Are Good!: The nearly 200 year old canal that runs from Cumberland Maryland to Washington DC has been transformed into a National Historical Park. Tom takes a walk on the canal and looks at the canal's history and the connections with men's issues today.

Read more »
Posted by Angelo Agathangelou at 4:07 pm No comments:

Max and Stacy contrast the situation with China, a perhaps emerging superpower, to the United States, a possibly declining superpower. As the US grew powerful as an empire of debt, extracting resources and equity from economies colonized by their debt rather than their military armies, what happens when China begins doing the same? Lots of complaints from U.S. officials who want American lenders to take over debt markets the U.S. has overlooked in the past few decades. They look at the case of Africa where Chinese mobile phone manufacturers and tech entrepreneurs are radically altering the telecom landscape left wide open to them after the departure of Nokia. What happens when the African consumer becomes wealthy enough to transform the Chinese global power play?

Read more »
Posted by Angelo Agathangelou at 1:06 pm No comments:

The Satanic Nature Of The Atomic Bombings Of Hiroshima And Nagasaki

"Ahab is forever Ahab, man.  This whole act’s immutably decreed.  ‘Twas rehearsed by thee and me billion years before this ocean rolled.  Fool!  I am the Fates’ lieutenant; I act under orders.” Herman Melville, Moby Dick
“The greatest evil is not now done in those sordid ‘dens of crime’ that Dickens loved to paint…But it is conceived and ordered (moved, seconded, carried, and minuted) in clean, carpeted, warmed, and well-lighted offices, by quiet men with white collars and cut fingernails and smooth-shaven cheeks who do not need to raise their voice.” C. S. Lewis, author’s preface, 1962, The Screwtape Letters

By Edward Curtin: American history can only accurately be described as the story of demonic possession, however you choose to understand that phrase.  Maybe radical “evil” will suffice.  But right from the start the American colonizers were involved in massive killing because they considered themselves divinely blessed and guided, a chosen people whose mission would come to be called “manifest destiny.”  Nothing stood in the way of this divine calling, which involved the need to enslave and kill millions and millions of innocent people that continues down to today.
Read more »
Posted by Angelo Agathangelou at 10:44 am No comments:

Bird-Brains Engage In Scholarly Debate: The Owl And The Nightingale 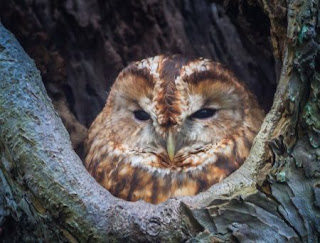 By Author Douglas Galbi: The Owl and the Nightingale, a Middle English poem dating probably to about 1200, provides under-appreciated insight into the social positions of women and men. An owl and a nightingale throughout the poem debate widely their relative merits as birds. Both birds are “unanimous in their sympathy for women both inside and outside of marriage.” The birds are “extravagantly partisan” in support of women; they engage in “patent partisanship for women.”[1] Modern scholars of medieval literature have been united in praise for the The Owl and the Nightingale. But lacking the deep literary self-consciousness of medieval poets, modern scholars haven’t understood what they are praising.
The Owl and the Nightingale mocks shallow and pretentious scholarly thought about why men commit adultery. Regarding husbands’ sexual fidelity to their wives, the nightingale declared:


It seems to me quite stark and shocking
how any man, for any cause of behaving,
could turn his heart to the life
of doing it with another man’s wife.

Read more »
Posted by Angelo Agathangelou at 5:08 am No comments: 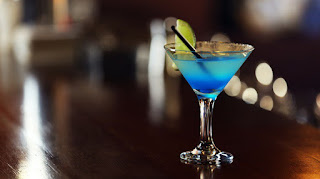 By Trudy Dare: We’re all aware of the narrative of victimization via date rape drug. It depends on claims that certain drugs, usually GHB or Rohypnol, cause amnesia. So, rather than explore narratives or he-said she-said in individual cases, let’s discuss the tools and effects central to this type of crime.
Two drugs share the nickname date rape drug, Rohypnol and GHB. This reputation as an amnesia trigger is strong enough that Rohypnol has been administered to block patients’ memory of a medical procedure.
Rohypnol, aka flunitirazepam, is the best selling benzodiazepine in Europe, even though it has never been approved for sale in the U.S. Even importing it with a prescription has been illegal since 1996.
A Swiss study published in 2016 collected users’ descriptions of the effects of benzodiazepines alone and in combination with alcohol and other drugs on memory and behavior. This study mentions both Rohypnol and GHB. The abstract notes Rohypnol’s reputation for triggering violent criminal behavior and severe memory disturbances, but also states, “However, data from investigations of this relationship are scarce and have been primarily derived from forensic institutions, where there may be a reporting bias.”
Twenty-five of the 41 subjects reported anterograde amnesia, the loss of memory for events subsequent to the trigger of the amnesia (as opposed to retrograde amnesia, a disturbance of prior memories).