Read more »
Posted by Angelo Agathangelou at 10:17 pm No comments:

Authored by Jason Ditz: US officials at a UN conference expressed “deep suspicion” of Russia for its advancement in the creation of “space weapons.”
Assistant Secretary of State Yleem Poblete called Russia’s developments “disturbing.”
Russian officials dismissed the claims as “unfounded and slanderous,” saying they want to avoid a new arms race in outer space. US officials say a new Russian satellite is acting “abnormal” and they are alleging that to be evidence of weaponry.
In reality, the US interest in hyping Russian space weapons is fairly transparently an attempt to bring new attention to the militarization of space, as President Trump has been very keen to establish an enormous Space Force, and failed to get Congressional funding.
Selling the Space Force to the public and the legislature is contingent on it being used for something.

Ex-Jew Nathanael
Posted by Angelo Agathangelou at 2:41 pm No comments: 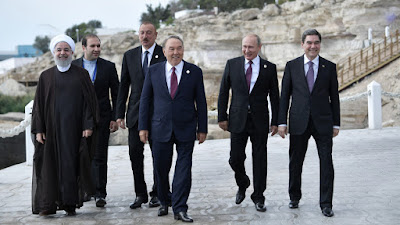 By Finian Cunningham: At a time of increased bullying of others by the United States, the five-nation Caspian Sea deal signed earlier this week shows the importance of diplomacy for mutual benefit and security.
While the Trump administration is winding up international tensions across the globe with its penchant for slapping sanctions and tariffs on other nations, the breakthrough development over the Caspian Sea points to how multilateral accord can be achieved, and peace between countries maintained.
For over 20 years, the seashore nations of Azerbaijan, Iran, Kazakhstan, Turkmenistan and Russia have been locked in dispute over territorial rights governing the Caspian – the world’s largest inland body of water.
But last Sunday, the leaders of the five countries signed a landmark legal convention which formulates a compromise on sharing the benefits – and responsibilities – of the sea’s rich resources.

Censorship Is What Happens When Powerful People Get Scared

“Only the weak hit the fly with a hammer.”
Bangambiki Habyarimana 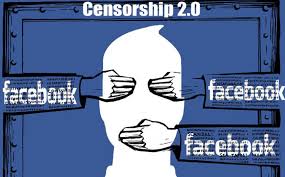 By Michael Krieger: Anyone who tells you the recent escalation of censorship by U.S. tech giants is merely a reflection of private companies making independent decisions is either lying or dangerously ignorant.
In the case of Facebook, the road from pseudo-platform to willing and enthusiastic tool of establishment power players is fairly straightforward. It really got going earlier this year when issues surrounding egregious privacy violations in the case of Cambridge Analytica (stuff that had been going on for years) could finally be linked to the Trump campaign.  It was at this point that powerful and nefarious forces spotted an opportunity to leverage the company’s gigantic influence in distributing news and opinion for their own ends. Rather than hold executives to account and break up the company, the choice was made to commandeer and weaponize the platform. This is where we stand today.

Read more »
Posted by Angelo Agathangelou at 5:31 am No comments:

Read more »
Posted by Angelo Agathangelou at 1:07 am No comments: