"It's all amping up! ...If your views don't fit into
the pro-corporate, pro-war mindset then you are
likely being suppressed right now!" Said Lee Camp.

Read more »
Posted by Angelo Agathangelou at 7:40 pm No comments: 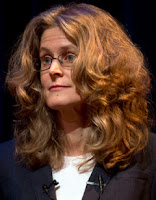 By Janice Fiamengo: Hungary is bidding good riddance to the academic junk food of Gender Studies and Women’s Studies. Last week, the Hungarian government announced plans to withdraw funding from gender studies programs at state-funded universities “after determining the programs serve no identifiable purpose and are based on ‘ideology rather than science.’”


The decision will affect only a small number of students, according to the report, because such programs are not yet popular or widespread in Hungary. In many parts of the English-speaking world, in contrast, tens of thousands of students take courses and earn degrees in Gender Studies, which is sometimes called Women’s Studies, or Women’s, Gender, and Sexuality studies.
Defunding such programmes in more liberal parts of Europe and North America and Canada, would trigger off feminist paroxysms of apocalyptic proportions. But if Hungarian officials are correct that they serve no purpose and are based in ideology rather than science, should we not seriously consider abolishing them?
I have argued for years that the answer to this question is an emphatic and unqualified yes. Evidence drawn from the programs’ own websites suggests that, far from serving no purpose at all, they exist to create foot soldiers for feminist social change, mainly by transforming the role of women and greatly enlarging the reach of the feminist state.
Read more »
Posted by Angelo Agathangelou at 3:19 pm No comments:

Hear me! I to you will tell of such anxious distress in which I dwell.
There’s no fire so hot in Hell
reserved for a man
who loves secretly and dares not tell
what he cannot understand. 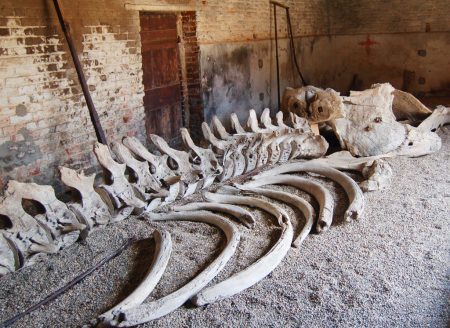 I wish I were a throstle-cock,
a bunting or a laverock,
sweet bird!
Between her kirtle and her smock
I would be hid.
I wish her well, and she wishes me woe;
I’m her friend, and she’s my foe;
I think my heart will break in two
for sorrow and sighing many nights.
In God’s favor may she go,
that beauty oh so white!

I wish I were a throstle-cock,
a bunting or a laverock,
sweet bird!
Between her kirtle and her smock
I would be hid.
A beauty white as whale’s bone,

Read more »
Posted by Angelo Agathangelou at 9:01 am No comments:

The Goal Of Propaganda Is A Population That Polices Itself...

... or why the attacks on Jeremy Corbyn are not what they seem… 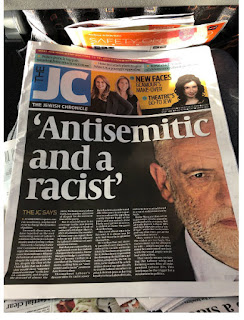 By MarkGB: Propaganda has reached its zenith when each member of the target population thinks the same; when they are afraid to think differently. At this point ‘leadership’ may commit whatever atrocities it sees fit…in the certainty that the population will either not ‘see’ it, or will view the expression of criticism as a more heinous crime than the act being observed. This is achieved through cementing a ‘false equivalence’ in the mind of the group. Such a false equivalence is being cemented in the UK right now – the idea that criticism of Israel’s persecution of Palestinians is an act of anti-Semitism.
The propagandist seeks to bend the ‘group mind’.  Thoughts and actions consistent with the ‘narrative’ are deemed to be socially acceptable & politically correct…ones that challenge it are regarded as socially UN-acceptable & politically IN-correct. Overtime this is reinforced through a dynamic that exists within every human grouping, and many species of mammal – fear of disapproval. Ergo, the propagandist is employing a form of ‘crowd control’.

Read more »
Posted by Angelo Agathangelou at 5:36 am No comments:

The CIA Owns The US And European Lame Stream Media

By Paul Craig Roberts: William Blum shares with us his correspondence with Washington Post presstitute Michael Birnbaum. As you can tell from Birnbaum’s replies, he comes across as either very stupid or as a CIA asset.
When I received my briefing as staff associate, House Defense Appropriations Subcommittee, which required top secret clearance, I was told by senior members of the staff that the Washington Post was a CIA asset. Watching the Washington Post’s takedown of President Richard Nixon with the orchestrated Watergate story, that became obvious. President Nixon had made too many overtures to the Soviets and too many arms limitations agreements, and he opened to China. Watching President Nixon’s peace initiatives water down the threat level from the Soviet Union and Maoist China, the military/security complex saw a threat to its budget and power and decided that Nixon had to go. The assassination of President John F. Kennedy had resulted in far too much skepticism about the Warren Commission Report, so the CIA decided to use the Washington Post to get rid of Nixon. To keep the clueless American left hating Nixon, the CIA used its assets in the leftwing to keep Nixon blamed for the Vietnam war, a war that Nixon inherited and did not want.
The CIA knew that Nixon’s problem was that he could not exit the war without losing his conservative base, which was convinced of the nonsensical “Domino Theory.” I have always wondered if the CIA concocted the “Domino Theory,” as it so well served them. Unable to get rid of the war “with honor,” Nixon was driven to brutal methods to force the North Vietnamese to accept a situation that he could depart without defeat and soiling America’s “honor” and losing his conservative support base. The North Vietnamese wouldn’t bend, but the US Congress did, and so the CIA succeeded in discrediting among both the leftwing and righwing Nixon’s war management.

Read more »
Posted by Angelo Agathangelou at 2:22 am No comments: