A Declaration Of Values

By Peter Ryan: Yesterday I attended the March For Men in Melbourne, Australia and I wanted to write about some thoughts from that day. There has been a lot of media spin both before and after the march and I felt it necessary to set the record straight and explain why from my own individual experience, men and women like me were marching. 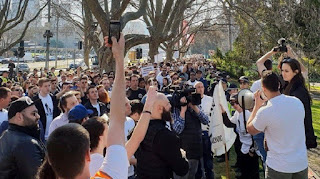 It was a great day, we had great weather and hundreds of people came to show their support and march. There were also the violent and disruptive protestors from the universities (hosts for their protest are listed as: National Union Of Students LGBTI, National Union Of Students Women’s Department, Books Not Bombs and Campaign Against Racism and Fascism) and a heavy police presence required to protect my own personal safety and the safety of others attending the march. The March For Men was about showing men that they matter too, that men have particular issues that need to be addressed and are worthy of support and that both men and women can stand together to support men.

Lauren Southern
Posted by Angelo Agathangelou at 4:19 pm No comments: Links to this post

Computing Forever
Read more »
Posted by Angelo Agathangelou at 1:56 pm No comments: Links to this post

thejuicemedia: The European Union has made an ad about its Internet Censorship Bill and it's surprisingly honest and informative.
👉Tell your MEPs to vote NO to Article 13: https://www.saveyourinternet.eu
Posted by Angelo Agathangelou at 10:39 am No comments: Links to this post 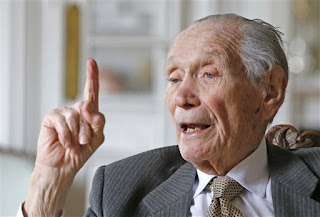 By Philip Weiss: John Gunther Dean, now 92, and a former American ambassador to five countries, has long maintained that Jewish Israel was behind his attempted assassination on August 28, 1980, in a suburb of Beirut, which was attributed to a rightwing Lebanese group. Dean and his wife and daughter and son-in-law were in a motorcade and narrowly escaped serious injury.
Dean said that he was targeted because he was doing something regarded as antithetical to Israel’s interest: consulting with the Palestine Liberation Organization and its head, Yasser Arafat, at a time when such contacts were the third rail in US politics. He was also outspokenly critical of Israeli attacks on Lebanon.
A new book offers backing to Dean’s claim. But while that book has been highly-publicized, the question of whether Israel attacked our ambassador has gotten no attention in the press. That is not a surprise; for Dean has asserted that the case itself was never thoroughly investigated by the U.S. government.
Read more »
Posted by Angelo Agathangelou at 3:13 am No comments: Links to this post

Hollywood’s Outraged Should Tweak Their Script ~ Abuse Happens To #MenToo 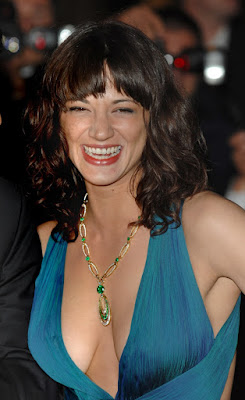 Via Mike Buchanan, J4MB: A piece by Katie Glass in today’s Sunday Times:


A 17-year-old actor goes to a hotel room to meet an older, more powerful Hollywood figure and leaves claiming to have been sexually assaulted. It’s a story we’ve heard often since the #MeToo campaign began. Except, unusually, in this case the alleged victim is a man and the accused a woman. What is worrying is how differently this story has been received, even by some of the strongest proponents of the #MeToo movement.
News broke last week that the actress Asia Argento, a figurehead of #MeToo [and now suspected rapist, image right], paid the former child-actor Jimmy Bennett $380,000 (£296,000) in hush-money after he claimed she assaulted him in a California hotel in 2013. He was 17, she 37.
Rose McGowan, a vocal #MeToo campaigner, who like Argento claims to have been assaulted by Harvey Weinstein, quickly tweeted: “None of us know the truth of the situation and I’m sure more will be revealed. Be gentle.”

How different this was from when McGowan implored people to “believe survivors”. Or, more specially, “believe women”. But, as so often with calls to support female victims, the same compassion is not extended to men.