How Jewish State Israel Spies On Vassal US Citizens

Israel and the US are tied together in
ways that Americans would never even dream of – and may never know about, since the Al Jazeera documentary about
the Israel lobby is being buried. 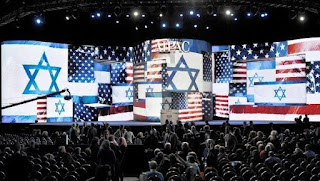 IAK: A never-shown Al Jazeera documentary on the pro-Israel lobby in the United States reveals illegal Jewish Israeli spying on American citizens, and the lobby’s fear of a changing political mood.
By Alain Gresh, The Nation, translated by Charles Goulden: An investigative documentary by Qatari broadcaster Al Jazeera scheduled for broadcast earlier this year was expected to cause a sensation. Its four 50-minute episodes centered on the young and personable James Anthony Kleinfeld, British, Jewish, an Oxford graduate who speaks six languages, including Dutch and Yiddish, and is well-informed about Middle East conflicts—seemingly a natural fit for a Western foreign ministry or a major think tank.

Read more »
Posted by Angelo Agathangelou at 11:40 pm No comments:

Why Candidates Must Boycott Israel

By Joel Reinstein: The recent Democratic Party primary victories of Alexandria Ocasio-Cortez, Rashida Tlaib and others have generated arguments among progressives and socialists about their stances on Palestine, and whether or how to hold them accountable.
Unfortunately, the principles of the Palestinian boycott, divestment and sanctions movement have been left out of much of the discussion. These guidelines clearly set out what accountability to Palestinian self-determination looks like, and must be foregrounded if our solidarity with Palestinians is to be successful. 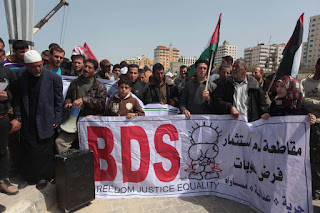 The BDS movement’s demands and guiding principles are laid out on its website, run by the Palestinian BDS National Committee (BNC). The BNC is a coalition of Palestinian groups representing the overwhelming majority of Palestinians, including trade unions, protest committees, women’s groups, youth organizations and political parties.
Its 2005 call for boycotts against Israel established three clear, simple demands as the bare minimum requirements for Palestinian self-determination, as agreed upon by the overwhelming majority of the Palestinian people: end Israel’s military occupation of the West Bank, including East Jerusalem, and the Gaza Strip; end the dozens of discriminatory laws against Palestinian citizens of Israel; recognize Palestinian refugees’ right to return to Palestine.

Read more »
Posted by Angelo Agathangelou at 3:18 pm No comments:

How The CIA Used Feminists To Undermined Civil Rights

'CIA assets including Gloria Steinem [Feminist] were never far removed from a larger overall process in which black American civil rights leaders were targeted and African American society was disrupted.'
Submitted by Disobedient Media: Although the Civil Rights Movement resulted in many well known changes at an institutional level, it is widely agreed that the movement did not succeed in a total transformation of American society. The dream of Dr. Martin Luther King Jr. was not fully realized. The exact reasons for this are subject to debate, which often unfortunately devolves into partisan blame shifting between conservatives and liberals. In contemplating this history, little attention is given to one of the most unfortunate reasons that the Civil Rights Movement lost steam – interference and attacks from American intelligence agencies bent on neutralizing what they saw as a force of change that could destabilize society.

Efforts to marginalize and degrade the success of the Civil Rights Movement has played out for many years, but took on an initial intensity during the 1960’s. CIA assets including Gloria Steinem were never far removed from a larger overall process in which black American civil rights leaders were targeted and African American society was disrupted. Agents like Steinem were directly involved with spreading propaganda like a virus during the 60’s and beyond. 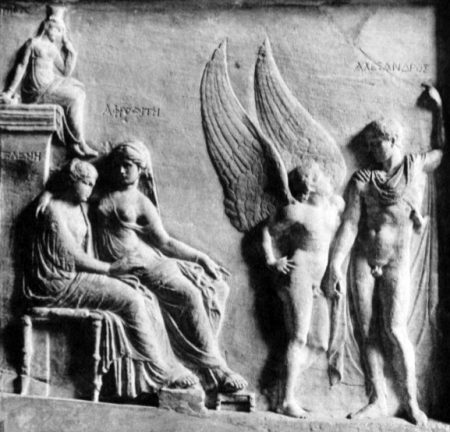 By Author Douglas Galbi: Paris, the very beautiful son of the Trojan king, set out to abduct the most valued person in Sparta. That person was Helen, a very beautiful woman and the wife of the Spartan king. While men’s physical beauty is much less commonly acknowledged than women’s, Helen appreciated Paris’s beauty. She enthusiastically eloped with him and passionately had sex with him. She pressed down on him, holding him in gynocentric sexual subordination. According to the traditional, twelfth-century account of Joseph of Exeter, Helen and Paris’s sexual encounter produced merely stained sheets. That foreshadowed the senseless destruction of men’s lives in the brutal violence against men of the Trojan War. Helen knew what she wanted and moved to engage with unknown men. Helen had come to the island of Cythera to serve the love goddess Venus at her temple there. When she heard that Paris’s ship had landed on the island, she went to him:


So through Cythera’s cities rumor swiftly spread
that Paris, Priam’s son, had come. 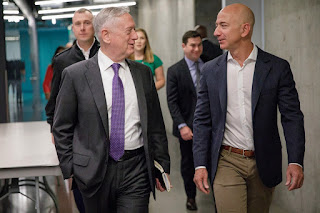 'The sooner we admit what’s going on the better.'
The sneaky thing about Amazon’s increased dominance in so many key aspects of our lives is that much of the perniciousness is hidden. No one’s going to tell you about all the retailers who have gotten pressured or destroyed via its tactics while you’re happily clicking “add to cart” and smiling about 2-day free shipping. In this sense, it can be best compared to the evils of factory farming. Most people just simply have no idea about the immense damage going on behind the scenes as they indulge in incredible convenience and what looks like a good deal. – From my November 15, 2017 post: Amazon Poses a Serious Threat to Freedom and Free Markets
By Michael Krieger: Today’s post should be seen as an update to last year’s article referenced above. In the months that have followed, I’ve been consistently frustrated by the lack of interest when it comes to the dangers presented by Amazon and its richest man in the world ($165 billion as of last count) CEO Jeff Bezos. The following Twitter exchange is a good example of what I mean:

Read more »
Posted by Angelo Agathangelou at 4:24 am No comments: 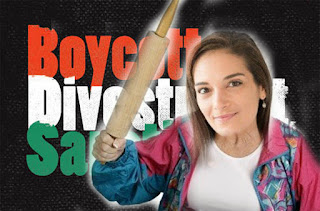 By ex-Jew Gilad Atzmon: A few years ago in Portland, a pro Palestinian activist told me that he was a bit uneasy. A recent study of Portland’s demography had found that the number of Jews in the city had doubled overnight. This concerned my activist friend for the obvious reasons. Jewish migration is often attached to political and cultural transitions. He asked me, as an expert on Jewish affairs, what is it that brings so many Jews to his northern American city.  I thought about it for maybe 30 seconds and, even without examining the evidence, I offered a possible answer. “It is certainly easy to imagine that many Jews migrated to your city, but it is more likely that what happened is that many more people, Jews and gentiles, have chosen to identify themselves as Jews.”
Jewish identification in the 21st century is an obvious privilege, some might claim, the ultimate political privilege. As we know, Judeo-centric exceptionalist politics are protected from criticism by different legal and cultural instruments such as the bogus IHRA definition of antisemitism and the tyranny of correctness. If you are a Jew, you are perceived as a well-connected character, probably slightly more ‘sophisticated’ than the average American. Whether we like to admit it or not, a young law school graduate, may benefit from appearing to be Jewish as he interviews for his first job at a NY law firm.

Read more »
Posted by Angelo Agathangelou at 1:02 am No comments: