By Tyler Durden: Apple permanently banned Alex Jones' Infowars app from its App Store late Friday, depriving the conservative host one of his last remaining conduits to reach a mainstream audience. The New York Times reports that an Apple spokeswoman said the app was removed under company policies that prohibit apps which contain content that is "offensive, insensitive, upsetting, intended to disgust or in exceptionally poor taste," however she did not note what specific content resulted in the app's removal.
Jones and his empire have also been banned from YouTube, Facebook, Google Podcast, Spotify, iHeartRadio, MailChimp, Disqus, Linkedin, Flickr, Pinterest and several others in what silicon valley swears wasn't a coordinated "unpersoning" of Jones.
"Because I play devil's advocate, because I play both sides, they've taken me out of context, they are using me as a test case to try to bring an EU style web censorship," Jones said several weeks ago. "They've got mainline Democratic senators saying they ought to restrict Fox News, Tucker Carlson, Matt Drudge, the President himself. They are misrepresenting what I've said and done and are using that to set a precedent for internet wide de-platforming, censorship beyond what Russia does, what China does, ahead of the midterms (election). The whole thing is fake."

Max and Stacy discuss the next financial crisis lurking around the corner, according to the NYTimes and how it was Keiser Report who first warned you seven years ago that the economics of fracking makes no sense . . . at least yet, not if one is seeking a return on an investment. Fracking may make sense on national security grounds and it certainly creates a whole load of holes in the ground as economists like Paul Krugman believe are good for the economy.

Britain Should Be In The Dock Over Skripal Saga, Not Russia

"If we decided to write an opinion editorial on the subject of that man's gross incompetence, we would damn well sign it" 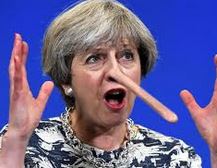 Op-Ed: The latest announcement by British authorities of two named Russian suspects in connection with the alleged poison assassination of a former Russian spy and his daughter is more absurd drama in a long-running tawdry saga.
No verifiable evidence is ever presented, just more lurid innuendo and more refusal by the British authorities to abide by any due process and international norms of diplomacy. It is all scurrilous sound and fury aimed at smearing Russia.
This week, Britain's Metropolitan Police released video shots of two alleged Russian men purporting to show them arriving at London's Gatwick airport on March 2. Other video shots purport to show the same men walking the streets of Salisbury on March 3, the day before former Russian Sergei Skripal and his daughter Yulia were apparently stricken with a powerful nerve agent. The two would-be assassins then allegedly flew back to Moscow from London late on March 4.
One preposterous claim, among several by the British authorities, is that traces of the putative nerve poison Novichok were found in the London hotel room where the alleged Kremlin agents stayed.

Read more »
Posted by Angelo Agathangelou at 11:09 am No comments: Links to this post

Justice is impossible, so long as Israel remains committed to a racist ideology. 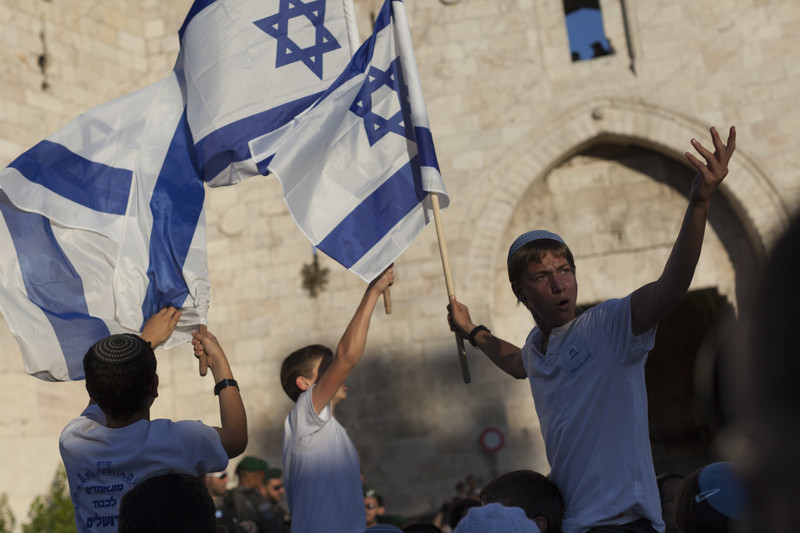 By Mohamed Mohamed: Imagine the following scenario: In response to the peaceful African-American civil rights movement in the United States, led by Dr. Martin Luther King Jr. during the 1960s, a large segment of white Americans figured that the best solution to the issue would be to form a new country on a small part of US territory in the north, where African-Americans would be segregated and live on their own.
Any of these African-Americans who lived for generations in the American South, but at some point had to flee to the American North (or to Canada or Mexico) because of violence and discrimination perpetrated against them, would not be able to return to their homes in the South. They would only be permitted to “return” to this new African-American state.
Any of the African-Americans already in the South could stay there, but would become second-class citizens, facing institutionalized discrimination in a country dominated politically, economically and socially by white Americans – much as was the case during the Jim Crow era following centuries of enslavement.

"I'm no longer a Jew, ...I'm a Christian now!"
Ex-Jew Nathanael
Posted by Angelo Agathangelou at 12:58 am No comments: Links to this post