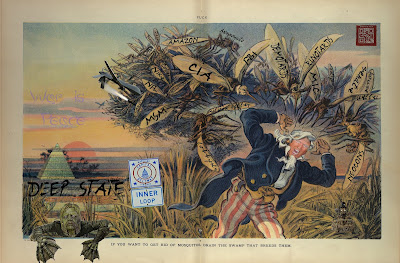 If You Want To Know Who Rules You, Read This:

Israel's Fifth Column
Exercising control from inside your government

By Philip Giraldi: Referring to Israel during an interview in August 1983, U.S. Navy Admiral and former head of the Joint Chiefs of Staff Thomas Moorer said “I’ve never seen a President - I don’t care who he is - stand up to them. It just boggles the mind. They always get what they want. The Israelis know what is going on all the time. I got to the point where I wasn’t writing anything down. If the American people understood what a grip these people have got on our government, they would rise up in arms. Our citizens certainly don’t have any idea what goes on.”
Moorer was speaking generally but he had something specific in mind, namely the June 8, 1967, Israeli attack on the American intelligence ship, U.S.S. Liberty, which killed 34 American crewmen and wounded 173 more. The ship was operating in international waters and was displaying a huge stars and stripes but Israeli warplanes, which had identified the vessel as American, even strafed the life rafts to kill those who were fleeing the sinking ship. It was the bloodiest attack on a U.S. Naval vessel ever outside of wartime and the crew deservedly received the most medals every awarded to a single ship based on one action. Yes, it is one hell of a story of courage under fire, but don’t hold your breath waiting for Hollywood to make a movie out of it.
Read more »
Posted by Angelo Agathangelou at 4:57 pm No comments: Links to this post

Update: Despite the best efforts of the mainstream media (and the Chinese government) to reinforce the idea that Trump-Kim relations are going nowhere, it appears there has been progress and President Trump has just thanked Kim for his show of good faith at the nation's military parade... "This is a big and very positive statement from North Korea. Thank you To Chairman Kim. We will both prove everyone wrong!"

It increasingly looks like the Trump White House is in the driver's seat when it comes to stalled negotiations with North Korea over its nuclear weapons program.
North Korea leader Kim Jong Un has in the past days and week seemed somewhat desperate to telegraph to Trump that he is fully committed to denuclearization.
The latest such signalling is reported via Reuters early Sunday:

The Unspoken Burdens Of Men 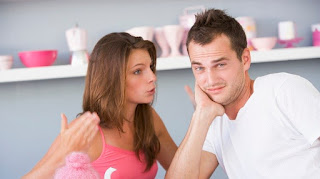 By Mark Dent: I attended the March for Men in Melbourne with my wife a couple of weeks ago. Maggie and I were deeply impressed with the professionalism and planning of those who organized this event.  I can’t really add to the words others have already written about the experience, but I do want to expand on some thoughts I had while we marched down St Kilda Road.
One of my concerns before I decided to attend was how I would manage to control my emotions if confronted by one of the ranting lunatics who were protesting our gathering. When I saw the huge police presence on our arrival the images I had pictured on the train trip into the city began to dissolve. I felt sure the scenario I pictured, of a purple haired, tattooed woman screeching in my face and poking her fingers into my chest was now highly unlikely. My fear was based upon the idea that I would be placed in that age-old dilemma all men fear. When an aggressive woman gets in a man’s face his options as far as responses go, are extremely limited.
What should you do? Smile and try to look composed and cool even as the woman’s spittle is on your face and she is branding you a Nazi, KKK member and a woman hater in a shrill, enraged voice? So much easier said than done.
Do you shout back and immediately give the media fodder for the angle they have already decided to take? That angle being one which focuses on the “angry, aggressive misogynists who are marching because they want to remove women’s rights and encourage rapists to rape.”

USA Admit AlQaeda Run Idlib And They Want To Protect Them

SyrianGirl: Jewish Zionist run US state department is schizophrenic about their love for AlQaeda in Idlib. They're prepared to send American people to die, 'arrow fodder' in a war with Russia and Syria to keep groups like AlQaeda, ISIS, JSIL, etc. safe.
Posted by Angelo Agathangelou at 1:06 am No comments: Links to this post