The End Of Zion

By Gilad Atzmon: Before the Jewish new year, Rosh Hashana, the Hebrews are commanded to make an audit – an overview of their standing in the world. Haaretz, the paper of the so called ‘thinking Israelis,’ followed that Mitzvah, polling Israeli Jews on their attitudes toward Jewishness, Judaism, God and ‘the Jew.’ 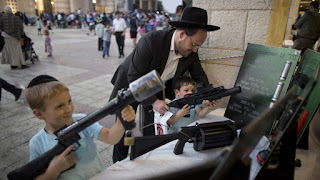 
The Jewish God is, without doubt, a spectacular invention. He (she or it) was invented by the Jews to love them especially. The Jewish God comes across as a jealous and vengeful character. He engages in genocidal projects, using WMDs of chemical and biological warfare as the early Egyptians could testify. Clearly the Jewish God would stand no chance at The Hague, but Jews seem to love their God, or more likely, are fearful of their own invention.


One may wonder why the Jews invented such an unpleasant deity. Couldn’t they contemplate a merciful and kind father instead? Initially, Zionism was a secular nationalist Jewish movement that tried to separate Jews from their evil God, to make them enlightened people.
Read more »
Posted by Angelo Agathangelou at 7:40 pm No comments: Links to this post

Authored by Stephen Lendman: Alphabet/Google-owned YouTube is a censoring machine like its parent company – waging war on speech and media freedom, in cahoots with dark US forces waging war on humanity.
Google transformed itself from a search engine to gatekeeper/censor, eliminating what it calls extremist content, its YouTube subsidiary operating the same way – wanting information conflicting with the official narrative eliminated, the hallmark of totalitarian rule.
The Internet is the last frontier of digital democracy, the only reliable independent space for real news, information and analysis – threatened by social media, Google, YouTube, ISPs and tech giants in cahoots with Washington.
Ahead of what may be the mother of all battles to liberate US-supported terrorists in Syria’s Idlib province, YouTube banned Damascus state-run and other pro-government channels – including the Syrian Arab News Agency (SANA), channels belonging to the country’s presidency and Defense Ministry, each closure accompanied by one of these shameful statements saying:


“This account has been terminated due to a legal complaint,”

'If the public sector exodus is to be reversed, then the gender debate must be too.'

By Kathy Gyngell: Mervyn King, former Governor of the Bank of England, briefly stole the headlines last week when he condemned the Government for its Brexit incompetence.
His charge might have gone further. On immigration it is asleep at the controls. On defence it has left the country exposed. On the public sector it is blind to an exodus taking place.
No area is immune. Staff are leaving in droves – whether it’s the forces , doctors, nurses , teachers, the police, prison guards or firemen – they can’t be retained, nor home-grown staff recruited.
Unison warned last year that the public sector as a whole hovered on the brink of this crisis.
Amongst the litany of failings behind the baby deaths at the scandal-hit Shrewsbury and Telford Hospital Trust (along with a constant fear of being blamed when things went wrong) was a dangerous shortages of midwives and doctors.
Yet it turns out that nearly a quarter of student nurses drop out of their degree courses before they graduate.

Read more »
Posted by Angelo Agathangelou at 11:55 am No comments: Links to this post

Larken Rose: Something to think about, seventeen years after 9/11.

Ex-Jew Nathanael:
Posted by Angelo Agathangelou at 4:56 am No comments: Links to this post

Transcending ‘Chosenness’: Journey Of An ‘Ex-Jew’ 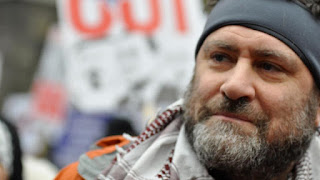 How a former Israeli citizen Gilad Atzmon left Israel and how becoming a musician helped him understand Palestinian suffering.
LONDON — If you are despised by both conservative Zionists and liberal anti-Zionists, it can only mean one thing: you are Gilad Atzmon.
Born in Israel in 1963 into a Zionist household, he saw his birthplace as the Jewish promised land and says he was expected to serve and cement the Israeli ideology of Jewish supremacy.
However, at age 17, he was mesmerised by the sounds of African American jazz musician Charlie Parker. As a passionate Israeli, this challenged what he’d believed up until that point: only Jews produce greatness.
Serving as a paramedic and musician in the Israeli military during the 1982 invasion of Lebanon, he witnessed the immense suffering of Arabs.

Read more »
Posted by Angelo Agathangelou at 1:50 am No comments: Links to this post