Max and Stacy discuss how much pharmaceutical prices have shot up since ObamaCare passed and look, in particular, at rising insulin prices and how many diabetic patients are unable to afford their required dosage with sometimes fatal consequences. The month-to-month uncertainty in costs and coverage is literally making people sick. In the second half, they discuss the ‘kultur’ wars and why technology favors tyranny.
Posted by Angelo Agathangelou at 11:23 pm No comments: Links to this post 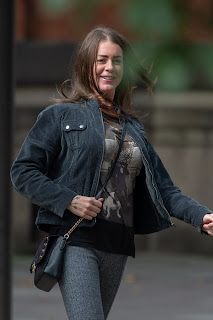 By Mike Buchanan, J4MB: A piece in today’s Times, emphases ours:


A woman who threatened to have her neighbour shot smiled as she walked free from court, minutes after crying in the dock.
Natalie Ashworth, 32, sobbed as she faced sentencing at Minshull Street crown court in Manchester, having admitted witness intimidation. She was given a suspended jail term and was photographed laughing with a friend outside the courthouse.
Ashworth, who has previous convictions for public order offences, threatened David Shepley and said that his mother’s pub would be destroyed unless he dropped assault and criminal damage charges against her, the court was told. Another neighbour heard her shout “drop the charges or I will go to jail or you will get shot”. She also said that she could “not go back to prison” and that “If I get locked up then I have got friends who will rush his house and his mum’s pub will be no more”.

Read more »
Posted by Angelo Agathangelou at 8:20 pm No comments: Links to this post 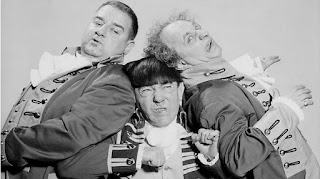 By Doug Mortimer: When I was in grad school way back in the early 1970s, I had a visiting professor from the British Film Institute.  One day he was digressing about how he had put himself through school by working as a projectionist.  He reminisced about the comedy short subjects that had once been a fundamental part of every presentation but were now obsolete.  He mentioned a number of comic actors and wondered if their names had gone down the memory hole (they had) and then asked if anybody in the class had ever heard of The Three Stooges.
The raucous response shocked him.  He had no idea that the Three Stooges had been resurrected on American television and were an integral part of the childhood of just about every student in the room.
The Stooges were arguably more popular in the 50s and 60s than they were during their vaudeville and cinema heyday in the 1930s and 1940s.  That would probably not be true today.  They may well be available on some cable channel and some of their shorts in the public domain may be out there on YouTube, but there is much more competition for viewers’ attention today, so their impact can’t help but be lessened.  In some circles, that would be considered a good thing.

Turkey's Latest Power Grab: A Naval Base In Cyprus? 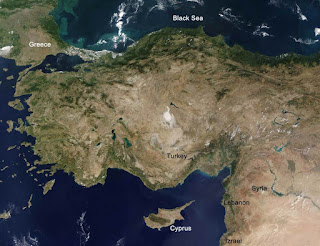 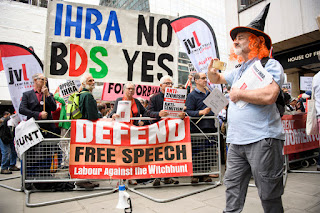 By Steven Garside: The fierce campaign to cajole, bully and shame the UK Labour Party into adopting a controversial definition of anti-Semitism produced by the International Holocaust Remembrance Alliance (IHRA) – along with its 11 working examples – has been waged all summer long by pro-Israel lobby groups inside and outside the party.
It has finally come to a head with Labour’s official acceptance of the document at a meeting of its ruling National Executive Committee (NEC) on 4 September.
One of the most insidious tactics employed by Labour Friends of Israel (LFI) and the Jewish Labour Movement (JLM) – the two organized vocal Zionist campaign groups inside the Labour Party – has been to claim it is an innocuous and uncontroversial document.

Sputnik: Sixty-eight-year-old Nancy Crampton Brophy ostensibly killed her husband at the Oregon Culinary Institute in early June, allegedly mourning his death on her Facebook account shortly thereafter.
A female romance novelist, who was detained in Oregon for killing her spouse last week, once wrote an essay entitled, "How to Murder Your Husband," according to The Oregonian. 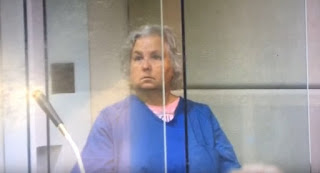 The newspaper reported that 68-year-old Nancy Crampton Brophy wrote the 700-word essay in 2011, describing herself as "a romantic suspense writer" who spends plenty of time "thinking about murder and, consequently, about police procedure."

"Divorce is expensive, and do you really want to split your possessions?" Brophy wrote in the essay, discussing financial motives for murdering one's husband.
Notably, after killing her husband, Daniel Brophy, at the Oregon Culinary Institute on June 2, Nancy then reportedly mourned his death on a Facebook account that "seemed to belong to her."
Prosecutors have remained tight-lipped on a possible motive for the killing as Crampton Brophy appeared in a local court on charges of murder earlier this week.