'America has been metaphorically raped. ...We may have transcended the ‘metaphorical’. America is being literally abused.'

By Gilad Atzmon: For decades, America has been sending its young boys and girls to die for Israel. It sends billions of its taxpayers’ dollars to the wealthy Jewish State instead of supporting America’s own people in need and its deteriorating infrastructure.  This week John Bolton, the Trump administration’s national security adviser, expelled the PLO representative from Washington in response to the Palestinian request to the International Criminal Court for an investigation into Israel’s war crimes. 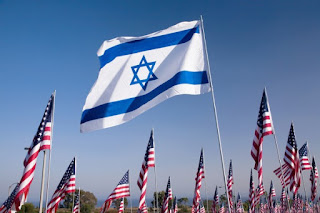 America has been metaphorically raped. It has been abused, humiliated and pushed by its so called ‘greatest ally.’ Its LOBBY has pushed America to agree to actions that have put America’s national security at risk.
And now the story that PM Benjamin Netanyahu’s foreign media spokesman has allegedly operated as a serial sex predator in the American capital suggests that we may have transcended the ‘metaphorical’.  America is being literally abused.

By Media Lens: Last week, Peter Brookes tweeted his latest cartoon for The Times, commenting:
'#Novichok not the only poison being spread around Britain. #LabourAntisemitism #Corbyn.'
Referencing allegations that two Russian agents had been responsible for the poisoning of former Russian spy Sergei Skripal and his daughter Yulia in Salisbury on March 4, the cartoon depicted a British policeman holding up mugshots of a menacing, bug-eyed 'Jeremy Korbynski' (wearing an 'I Love Hamas' badge) and a vampiric, evil-looking 'Seumasov Milne' (wearing a 'Down With Israel' badge), with the policeman saying:

'THESE TWO MEN ARE SUSPECTED OF SPREADING POISON AROUND BRITAIN...'

As Brookes made clear in his tweet, the alleged 'poison' Corbyn and Milne, Labour's director of communications, are supposedly spreading is, of course, antisemitism.

Read more »
Posted by Angelo Agathangelou at 8:16 pm No comments: Links to this post

HoneyBadgerRadio: At this ICMI interview we spoke with former Oxford professor Jefferey Ketland, who told us his harrowing story of how feminist academics conspired (with some success) to ruin his life and career because of false accusations that were made by a spurned former lover.
Posted by Angelo Agathangelou at 4:06 pm No comments: Links to this post 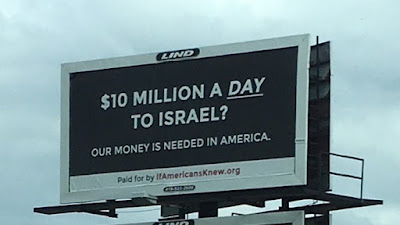 IAK: A billboard has just gone up in Ohio that says: “$10 million a day to Israel? We need that money in America. Paid for by IfAmericansKnew.org.”
The billboard is in Richland County on US 30, MLK Expressway.
If Americans Knew erects billboards around the United States to tell Americans how much money goes to Israel, since U.S. media rarely report this.
For example, legislation before Congress today will give Israel $38 billion over the next 10 years – the largest military aid package in U.S. history – yet no U.S. mainstream media have told Americans that this bill even exists.
If Americans Knew is a nonpartisan, nonprofit American organization that provides information on Israel-Palestine to the American public, with particular emphasis on the U.S. connection.
The founder and executive director, Alison Weir, is the author of the best-selling book, Against Our Better Judgment: The Hidden History of How the U.S. Was Used to Create Israel.
Concerned Americans around the country frequently help choose the locations and fundraise for the billboards. (To help on this please email contact@ifamericansknew.org) 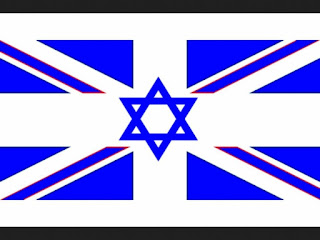 Rabbi [aka witchdoctor] Sacks: “Jeremy Corbyn is an antisemite."

Archbishop of Canterbury [another witchdoctor]: “Tories have increased poverty."

Tories: “Must keep religion out of politics."