'Israelis consistently attribute their own racist and barbarian symptoms onto the Palestinians.' 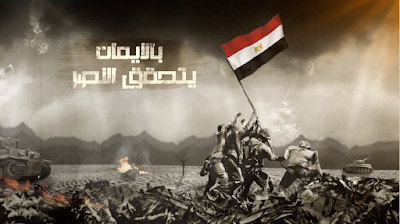 A message to Jews from Gilad Atzmon
When the Yom Kippur War broke out 45 years ago I was ten years old.  I recall a lot of fear all around me. Israel was my home and it was about to be wiped out. This is what I believed at the time, and this is what everyone around me repeated. We were all certainly caught unprepared.
My father was called up by the Air Force in the early hours of Yom Kippur (October 6th 1973). We didn’t hear from him for a few weeks. We didn’t know whether he was alive. In fact, we had good reason to believe he wasn’t. We were very worried.  For the adults around me, the first days of the war were a reminder of the Shoah. Israeli leaders, Golda Meir and Moshe Dayan as well as the top Israeli military command appeared perplexed and hesitant on TV. Their message was: ‘the future isn’t clear, we may even witness the destruction of the 3rd temple.’
Read more »
Posted by Angelo Agathangelou at 11:14 pm No comments: Links to this post

Max and Stacy discuss the opioid billionaire patenting the ‘cure’ for addiction to his products. They also discuss the UK taxman allowing the rich to escape punishment for their financial crimes while the ECB does essentially the same by buying up bonds. In the second half, Max continues his interview with Ken Silverstein of WashingtonBabylon.com about the Neo Cons Artists behind the Cold War 2.0. They also discuss Manafort case and how he is really not different to the entirety of the lobbying industry in the great swamp that is Washington D.C.
Posted by Angelo Agathangelou at 8:39 pm No comments: Links to this post

In Praise Of Dead White Men

By Philip Carl Salzman: Every age has its obsessions. Religious differences among Christians led to brutal and bloody religious wars a few centuries ago. National conflicts among European powers led to worldwide wars in the 19th and 20th centuries. In the West, our 21st century obsession is identity politics and its conflict between genders, races, sexualities, ethnicities, economic classes, and religions. 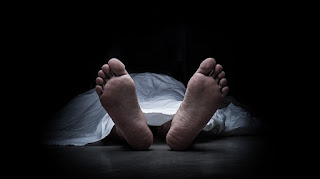 Advocates of identity politics divide the world into oppressors and victims: male oppressors and female victims; white oppressors and people of colour victims; heterosexual oppressors and gay, etc. victims; Euro, Asian, Caribbean, and other Canadian oppressors and First Nations victims; prosperous oppressors and impoverished victims; Christian and Jewish oppressors and Muslim victims. Those aware and supportive of victims are considered “woke” and righteous.
Representatives of victim groups demand recognition and celebration. Bruised collective egos must be stroked, as a matter of “social justice.” One strategy of enhancing the presence, importance, and value of victim categories is a determined effort to gain or grant greater representation in paintings, movies, statues, plaques, awards, advertisements, appointments, and assignments, through diversity requirements.

Read more »
Posted by Angelo Agathangelou at 1:25 pm No comments: Links to this post 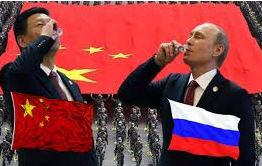 By Eric Margolis: Good work Mr. President! You have now managed to lay the groundwork for a grand Chinese-Russian alliance. The objective of intelligent diplomacy is to divide one’s foes, not to unite them.
This epic blunder comes at a time when the US appears to be getting ready for overt military action in Syria against Russian and Syrian forces operating there. The excuse, as before, will be false-flag attacks with chlorine gas, a chemical widely used in the region for water purification. It appears that the fake attacks have already been filmed.
Meanwhile, some 303,000 Russian, Chinese and Mongolian soldiers are engaged in massive maneuvers in eastern Siberia and naval exercises in the Sea of Japan and Sea of Okhotsk. The latter, an isolated region of Arctic water, is the bastion of Russia’s Pacific Fleet of nuclear-armed missile submarines.
Interestingly, President Vladimir Putin, who has attended the war games with his Chinese counterpart, Xi Jinping, just offered to end the state of war between Russia and Japan that has continued since 1945.

Why Did You Do It Serena?

Daisy Cousens: On the Serena Williams controversy during the US Open Women's Final. Serena is a champion and an icon; we should expect better of her, rather than excuse and pity her because MUH SOCIAL JUSTICE. Also, the time has finally come that I can make a video about two of my greatest loves; demolishing social justice narratives...and TENNIS! Enjoy!
Posted by Angelo Agathangelou at 5:06 am No comments: Links to this post

Jian Ghomeshi Is Not The Liar

Diana Davison: Jian is not the only voice the media don't want you to hear. His accusers should be happy he didn't release more emails. You don't have a legitimate opinion on Jian Ghomeshi until you listen to this video. Also, read his essay.