A Path To War? China Cancels US Trade Talks As 'Skirmish' Escalates

By Tyler Durden: Following a surge in Chinese, European, and much of the US equity markets this week amid hopes that the so-called 'trade skirmish' was less 'war-like' than expected, China just dropped an early Saturday morning (local time) tape bomb that is sure to resurrect 'trade war' talk.
After President Trump slapped a fresh round of tariffs on Chinese goods, targeting 10 percent duties on $200 billion of goods; the two camps were scheduled to meet in order to dial back tensions. As we noted earlier in the week, China had 'downgraded' the team with a mid-level delegation from China due to travel to the U.S. capital to pave the way for Vice Premier Liu’s visit.
That was what sparked hope that this was just a trade skirmish (as Jamie Dimon attempted to play down), sending stocks soaring all week.
However, that is all over now.

Read more »
Posted by Angelo Agathangelou at 2:40 pm No comments: Links to this post 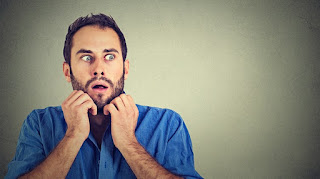 By Paul Male: Hawaiian Senator Maizie Hirono, speaking in reference to the sexual assault allegation ambush against Supreme Court nominee Bret Kavanaugh, said men should just step up and shut up, further admonishing us all to believe any woman who makes a claim of sexual assault against any man.

In her brief tirade against all the men of the world, which she delivered with all the brio of an irate librarian, Hirono points out with trademark feminist ignorance that it is just men perpetuating sexual assaults. Evidently, she didn’t get the memo on #MeToo figurehead/sexual predator Asia Argento or the epidemic of female school teachers who groom and abuse their young male charges, but alas that is a talk for another day.
And, of course, I don’t want to waste your time with windy speculation Kavanaugh’s innocence — on the transparent political motivation behind the accusations against him or on the stink of mendacity on the breath of rape liar Christine Blasey Ford.
The fact that rape liar Christine Blasey Ford has zero credibility was established the moment that Diane Feinstein tossed the accusation into the gears like a wrench to delay Kavanaugh’s confirmation till after the mid-term elections, when the Dems hope to have the votes to deny him the appointment more officially. If you can’t see that you were probably lobotomized at birth. Check with your mom.

"The News Just Ain't The News No More" 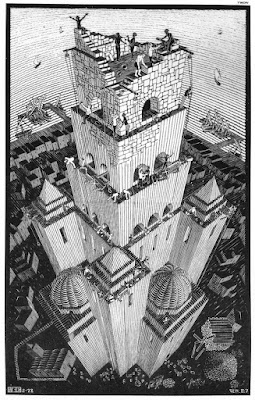 Authored by Raul Ilargi Meijer: Two thirds of Americans get at least some of their news on social media. Google and Facebook receive well over 70% of US digital advertising revenues. The average daily time spent on social media is 2 hours. Just a few factoids that have at least one thing in common: nothing like them was around 10 years ago, let alone 20. And they depict a change, or set of changes, in our world that will take a long time yet to understand and absorb. Some things just move too fast for us to keep track of, let alone process.
Those of us who were alive before the meteoric rise of the hardware and software of ‘social’ media may be able to relate a little more and better than those who were not, but even that is not a given. There are plenty people over 20, over 30, that make one think: what did you do before you had that magic machine? When you walk down the street talking to some friend, or looking at what your friends wrote on Facebook, do you ever think about what you did in such situations before the machine came into your life?

Ex-Jew Nathanael
Posted by Angelo Agathangelou at 5:18 am No comments: Links to this post

This Man's Incredible Story Proves Why Due Process Matters


Somewhere between the creation of the Magna Carta and now, leftists have forgotten why due process matters; and they choose to outright ignore the judicial and civil rights put in place
by the U.S. Constitution.
Read more »
Posted by Angelo Agathangelou at 3:21 am No comments: Links to this post

If Americans Knew
If Americans Knew about the numerous human rights violations and other treacherous behavior carried out by the Jewish state of Israel, they might feel differently about the overwhelming financial and military support given to them by our government.