Shutting Down Free Speech In America: Zio-Shill Govt. & Lobbyists Work Together To Destroy The First Amendment

The ADL (“Anti-Defamation League”) claims to oppose “hate,” but in reality it often works to censor factual information about Israeli oppression of Palestinians. The ADL rarely informs the public that one of its two official missions (perhaps the main one) is to advocate for Israel.

The ADL, with its $64 million operating budget, is in the forefront of limiting free speech, thus limiting information available to Americans and narrowing governmental policy options… Some organizations critical of US and Israeli policies have seen their gmail and Facebook pages shut down…

By Philip Giraldi: During the past several years, there has been increased pressure coming from some in the federal government aided and abetted powerful advocacy groups in the private sector to police social and alternative media.

Max and Stacy discuss the progressive case for breaking up monopolies, including those controlled by Silicon Valley Democratic voting tycoons. They also look at news that Alibaba may not bring the promised one million jobs to the USA following Trump’s trade war with China. In the second half, Max continues his interview with Mish Shedlock of MishTalk.com. In this segment, they discuss the 10-year anniversary of the 2008 crash of Lehman Brothers and who was right on the great inflation/deflation debate of 2009. They also discuss the gold market, trade wars and defense budgets.
Posted by Angelo Agathangelou at 8:52 pm No comments: Links to this post

History In Maine Prosecutors Forced To Pay Up In Filler Case 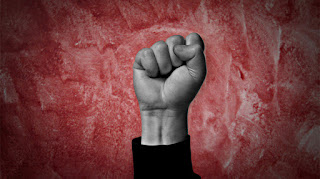 'A heckuva
good dad.'
By Robert Franklin: For the first time in the history of the State of Maine, prosecutors and their enablers are being forced to pay money to one of their victims.  In this case, that victim is Vladek Filler although, the way Filler turned the tables on his tormenters, it’s hard to know who’s the victim.
I’ve written about Filler many times before.  During his divorce and child custody suit, his wife Ligia leveled charges of rape against him.  Her claims were false and plainly intended to wrest custody from him and marginalize Vladek in his children’s lives.  The police were happy to assist Ligia in her lies, withholding exculpatory evidence, among other things.  That brought to center stage ADA Mary Kellett who seems to have never heard a claim of sexual assault she didn’t believe.  She took the case to trial and won a conviction until it was overturned due to her outrageous and unethical behavior.  Undeterred, she brought a misdemeanor charge of assault against Filler for allegedly splashing water on his wife.  Yes, she really did that.
Filler was again convicted and again had it overturned due to, once again, prosecutorial misconduct.  Meanwhile, the family court, being less gullible than Kellett, the police and the criminal court, had recognized Ligia for what she was – a wife who’d stop at nothing to separate her kids from their dad – and handed sole custody to Vladek.

‘Jews In The Movement’

'Atzmon and Weir are somewhat of a litmus test. If you hate them, you are most likely a ‘Jew in the movement.’' 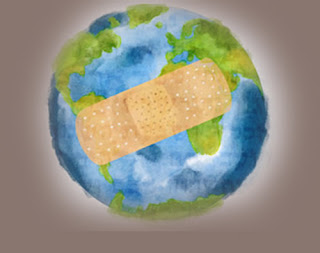 By Devon Nola: Thanks to Laura MacDonald for bringing to our attention the revealing thread that begins with Richard Silverstein lamenting over being suspended from Twitter and infringing on his freedom of speech.  This phenomenon of thought police is unfortunate, and we see this happening all over social media.  However, it doesn’t take long before we see Silverstein engages in this very same reprehensible practice, blocking anyone who challenges his opinion or who expresses a view point he doesn’t agree with.
Silverstein is hardly the only one who engages in this behavior. In fact, it’s rampant across social media and most prevalent in the Palestinian Solidarity Movement: it appears to be largely controlled by the so called ‘Jews in the movement,’ a bunch of self-proclaimed anti-Zionist Jews. This contingent seems to be involved, primarily, in keeping the discourse of the oppressed Palestinians free from ‘antisemitism.’ In practice it sets the boundaries of the Palestinian solidarity discussion, so it is compliant with Jewish sensitivities.

'A lesson in Jewish self-ghettoization'
Read more »
Posted by Angelo Agathangelou at 11:52 am No comments: Links to this post

This Morning: Ann Widdecombe joins This Morning to give her views on the #MeToo movement and suggests that women ‘want to be victimised’. Holly and Phillip debate her points, saying that #MeToo has given women a voice and has brought to light serious and real issues about the negative effects of feminism.

Deek Jackson
Posted by Angelo Agathangelou at 1:36 am No comments: Links to this post