By Elizabeth Hobson: “You can be somebody that was perfect your entire life, and somebody could accuse you of something,” Trump told reporters at The White House.
When asked what his message was for young women, Trump responded, “Women are doing great.”

Read more »
Posted by Angelo Agathangelou at 10:49 pm No comments:

'Is she telling the truth or lying? Is Kavanaugh denying what actually happened, or is he speaking the truth?'
Toronto Giovanni Maccarrone: Christine Blasey Ford’s Fox News full testimony about her hearing this September 27th, 2018. Doctor Christine Ford is alleging Kavanaugh for sexual assault. The trial as well as her opening statement was live and covered by CNN, Fox News & CBS News. This body language video does not contain the questioning period of the hearing. Watch the testimony highlights as well as the body language analysis of the trial.

Imagine Yourself Free To Conflate

By ex-Jew Gilad Atzmon: How many time have you heard the so-called ‘Jews in the movement’ warning others not to conflate Judaism and Zionism? How many times have the usual suspects attempted to absolve the ‘J word’ while blaming ‘Z’ related crimes?  How many times have you had to apologise or withdraw any comparison between these two apparently similar notions? What does ‘conflation’ mean in the Jewish-Zionist context? 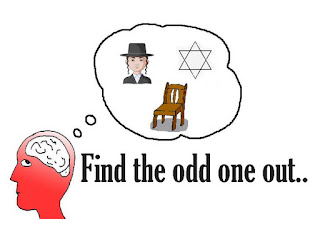 To conflate is to combine two or more sets of information or ideas into one. When accused of conflation, we are blamed for bringing  (distinct) things together and fusing them into a single entity; of mixing together different elements and failing to ‘properly distinguish’ among them or of mistakenly treating such elements as equivalent.
Conflation might be unmerited if two completely remote concepts were fused without substantiating or justifying the correlation.  But this is not the case with Judaism and Zionism, nor is this the case for Jewishness and authoritarianism, nor for choseness and exceptionalism.
Read more »
Posted by Angelo Agathangelou at 11:37 am No comments:

The Australien Government ~ Coz Fuck You

Honest Government Ad - Government Corruption
thejuicemedia: The Australien Government has made an ad about government corruption, and it's surprisingly honest and informative.
Posted by Angelo Agathangelou at 7:07 am No comments:

Sex Ratio At UK Universities - It’s Worse Than I Thought

By MRA-UK: Even after 5 years of crawling around this data I’m still turning over new stones. I thought I knew about the sex ratio in UK higher education institutions. But in the past I have only considered the sex ratio irrespective of the country of origin of the students. UK universities take a large proportion of their students from overseas, both EU and non-EU – especially at postgraduate level. This affects the overall sex ratio because the sex ratio of overseas students tends to be closer to parity than that of UK students.

So, the question arises: if attention is confined to UK students – that is, students who were resident in the UK prior to becoming a student – what is the sex ratio then? 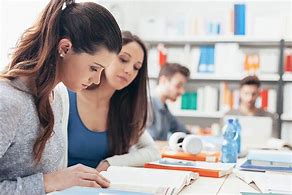 The data is available from the Higher Education Statistics Authority, dataset Table 10a: HE qualifications obtained by location of HE provider, sex, level of qualification obtained, mode of study and domicile 2011/12 to 2015/16.
The Tables below give the percentage by which women outnumber men (defined as 100*(w-m)/m). Numbers for full time and part time students have been combined. Postgraduate numbers are the sum of taught and ‘by research’ courses. The “all awards” category includes foundational degrees, HNC, HND and PGCE, as well as first degrees and postgraduates.

Tubby Boy
Posted by Angelo Agathangelou at 12:01 am No comments: