Smear And Shekels "Why Do Jews Use These Ugly Tactics?" 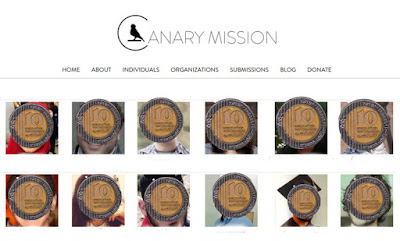 By ex-Jew Gilad Atzmon: Haaretz reveals today that Canary Mission a Hasbara defamation outlet that was established to  “spread fear among undergraduate activists, posting more than a thousand political dossiers on student supporters of Palestinian rights,” is funded by one of the largest Jewish charities in the U.S.
According to Haaretz; the Forward, an American Jewish outlet,  “has definitively identified a major donor to Canary Mission. It is a foundation controlled by the Jewish Community Federation of San Francisco, a major Jewish charity with an annual budget of over $100 million.” We could have guessed the funding was from such an organisation. We somehow knew that it wasn’t the Iranian government or Hamas who sent shekels to the Zionist smear factory.
Read more »
Posted by Angelo Agathangelou at 10:54 pm No comments:

USA HACKED - Nukes At The Ready: US Deep State Very Sad Others Following Their Lead On International Subversion

By Tyler Durden: One week ago, President Chump stood up at a meeting of the United Nations Security Council and accused China of attempting to tamper with US elections - mimicking some of the same allegations that had first been levied against Russia nearly two years prior. In his speech, Trump claimed that China was working to undermine Republicans, and even the president himself, warning that "it's not just Russia, it's China and Russia." While the media largely shrugged off this proclamation as more presidential bombast probably inspired by the burgeoning US-China trade beef, the administration continued to insist that it was taking a harder line against Chinese efforts to subvert American companies to aide the Communist Party's sprawling intelligence apparatus. As if to underline Trump's point, the FBI had arrested a Taiwanese national in Chicago the day before Trump's speech, accusing the 27-year-old suspect of trying to help China flip eight defense contractors who could have provided crucial intelligence on sensitive defense-related technology.

Read more »
Posted by Angelo Agathangelou at 7:14 pm No comments:

Max and Stacy discuss Trump blaming China for election interference and the Fed warns that healthcare costs have set American on an ‘unsustainable fiscal path.’ They look at the data that shows American incomes have not been rising because more and more is being eaten up by their healthcare costs. In the second half, Max interviews Michael Terpin of CoinAgenda, BitAngels and TransformGroup.io about his case against the telecoms giant, AT&T. After his phone was ported by hackers with the help of an AT&T employee, over $22 million in crypto assets was stolen from Terpin’s accounts and now he’s suing so that this never happens to anyone else.

Is The White Male Victimizer Or Victim?

By Dr. Paul Craig Roberts: In my October 2 column I pointed out the disparity in treatment of the male football coach at the University of Massachusetts and a radical feminist professor at Georgetown University. http://stgeorgewest.blogspot.com/2018/10/the-white-heterosexual-male-has-been.html
The disparity is amazingly extreme. The football coach had no intention of offending anyone when he used the word “rape” to express his opinion that his players had lost the game due to home team officiating. However, the Georgetown feminist professor had every intention of offending the male members of the Senate Judiciary Committee and the Supreme Court nominee when she said:
“Look at this chorus of entitled white men justifying a serial rapist’s arrogated entitlement.  All of them deserve miserable deaths while feminists laugh as they take their last gasps. Bonus: we castrate their corpses and feed them to swine? Yes.”

Read more »
Posted by Angelo Agathangelou at 8:49 am No comments:

Regards, 🐻
Posted by Angelo Agathangelou at 3:49 am No comments:

Jewish Lesson On Racism + Sukkot 'Nothing To The Goyim'

'A classic example of a Jewish controlled opposition in which the discourse of the oppressed is defined by the sensitivities
of the oppressor.' 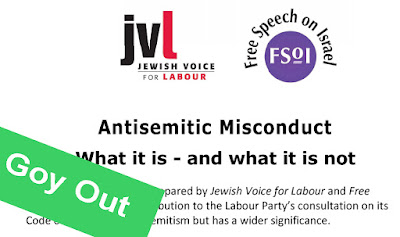 By ex-Jew Gilad Atzmon: The JVL (Jewish Voice for Labour), a pro Corbyn racially exclusive Jews-only cell that does not accept non Jews into its ranks, is attempting to teach us about racism and anti Semitism.
Instead of opposing all forms of racism and bigotry on a universal basis, the Jews only ‘left’ group has adopted the ‘anti Semitism’ cry. Together with FSoI (Free Speech on Israel), a ‘predominantly Jewish campaign group,’ it has published a disturbing document that confirms that their primary concern is Jewish suffering.
Read more »
Posted by Angelo Agathangelou at 12:32 am No comments: