Medieval Men Regarded Themselves As Inferior To Women

By Author Douglas Galbi: The women-are-wonderful effect has been scientifically established only in recent decades. Yet men have long regarded themselves as inferior to women. Medieval men rightly recognized that women as masters of persuasion who thoroughly dominate men.
In Chardri’s thirteenth-century work The Little Debate {Le Petit Plet}, a young worldly man bluntly explained to a naive old man the reality of men’s inferiority to women:

If Americans Knew: Our Executive Director Alison Weir on RT with Jesse Ventura breaking down the truth about Israel/Palestine
Posted by Angelo Agathangelou at 5:06 pm No comments: 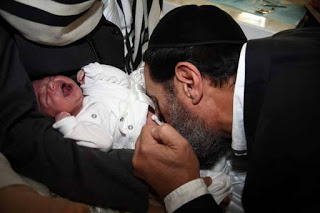 Image: Jewish paedophile witch doctor enjoying a blow-job on the bloody mutilated penis of a screaming baby boy he just genitally mutilated by ripping off over 60% of the highest concentrations of pleasure sensors from his penis as a perverted form of sexual control/paedophilia whilst the baby boy is being pinned down by an accomplice Jewish witchdoctor paedophile in public in The West. The baby boy's family pays the paedophile for the mutilation and invariably invites friends to celebrate while their child screams and shakes from the effects of mutilation shock.
Arutz Sheva: A leader of the Sweden Democrats party submitted a draft motion calling for a ban on non-medical circumcision of boys, which the text claimed is “backward” child abuse.

Read more »
Posted by Angelo Agathangelou at 12:48 pm No comments:

Trump To Woman, “Sit Down” 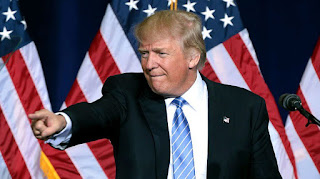 What a low life pig.
Scumbag.
Rape apologist.
Hater of females.
The Brett Kavanaugh debacle has not revealed anything we didn’t already know about the current status of men and women, but it has underlined in a very stark way, the frightening reality of the hatred of men we see in our most powerful institutions.

Read more »
Posted by Angelo Agathangelou at 10:12 am No comments:

Making The Case For A Dudeless Deliverence 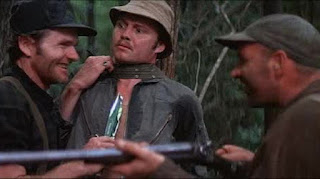 By Doug Mortimer: The current trend of remaking male ensemble movies (Ghostbusters, Ocean’s Eleven) with female casts has attracted more attention than it warrants.  Certainly, it could be leftist filmmakers making a symbolic gesture about the dispossession of men.  On the other hand, it could just reflect a paucity of imagination.  It doesn’t really matter because the original films remain the gold standard.
Well, rather than deplore this trend, I’m going to flow with it.  In fact, I’m going to make a recommendation.  How about a female reboot of the 1972 classic,  Deliverance?
Admittedly, Deliverance has all the trappings of an old-fashioned stag film…four attractive young women in the woods, they meet a mountain man, and nature takes its course.  In fact, I wouldn’t be at all surprised to find out that there is already some sort of Deliverance-derived porno movie out there.  But my female Deliverance would be dead-on serious.  In keeping with the original, it should involve a group of middle class suburban women – maybe one of those women-only Outward Bound excursions.  But that doesn’t mean it should not be an L.L. Bean fashion show with butch lesbian models.
Of all the movies I could have picked, why do I think Deliverance deserves this treatment?  Well, if you’re casting about for a film to embody the symbolic replacement of men, you could hardly do better.

Read more »
Posted by Angelo Agathangelou at 6:16 am No comments:

'There are two tools that make this outcome possible: The first is controlled economic decline, the second is the integration of a technological gulag into every aspect of public life.'

Authored by Brandon Smith: Tyranny is often seen as a sudden and inexplicable development in a society; the product of a singular despot that rockets to power for a limited window of time due to public fear or stupidity. This is one of the great lies of the modern era.
The truth is that for at least the past century almost every historically despised “tyrant” was merely a puppet of a larger managerial cabal, and the construction of each totalitarian state was accomplished slowly and quietly over the course of decades by those some financial elitists. From the Bolsheviks, to Hitler and the Third Reich, to Mao Zedong, to most tin-pot dictators across the Middle East and Africa, there has always been an organized group of money men and think tanks fueling the careers of the worst politicians and military juntas of the epoch.