For Justice, Not Apartheid/Annihilation, In Palestine

A quarter-century after Oslo, Israel is consolidating its domination by cruel and illegal means—but the global resistance movement is growing.

A boy waves a Palestinian flag, at the Israel-Gaza border, during clashes with Jewish death squads, at a protest where Palestinians demand the right to return to their homeland, east of Gaza City, April 1, 2018. (Reuters /Mohammed Salem)
By the Editors, The Nation: This September marks the 25th anniversary of the Oslo Accords, which were heralded by many at the time of their signing as the dawn of a new era in the Middle East, one in which Israel and the Palestine Liberation Organization would replace conflict with negotiations that would lead to peace and a Palestinian state.

Read more »
Posted by Angelo Agathangelou at 11:52 pm No comments: Links to this post

Non-Resident Parents: Where Is The Bias? 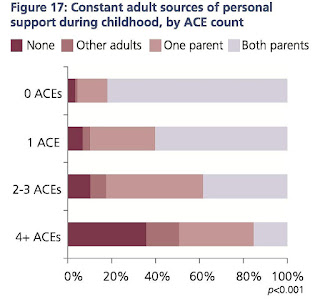 By MRA-UK: I’m hoping well informed readers might point me to better data than I deploy here. Let me know. 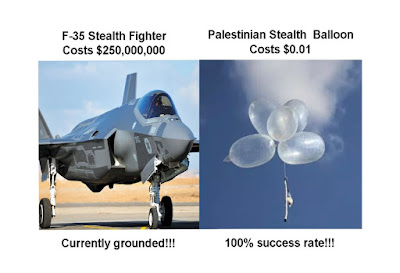 Gilad Atzmon: As we learn about F-35 stealth fighters, the most expensive weapon system in human history, being grounded world wide, Israel is in a state of panic because of a few stealth balloons.

Read more »
Posted by Angelo Agathangelou at 3:33 pm No comments: Links to this post

Get Triggered - Gilad Is Here - Athens Over Jerusalem Model

"America is now operating as an Israeli colony. ...Israel is the ruler, America is
an obedient subservient entity."
Ryan Dawson and Gilad Atzmon on Palestine and the rest of Us
Gilad Atzmon: In this extended discussion Ryan Dawson and yours truly delve into the Jerusalemisation of our universe. We identify that which sustains tyranny of correctness, the Zionification of our politics and even the elements that control the opposition and suppress a prospect of a better future.

Digital Strip Searches Coming To An Airport Near You

Corbett: The most important developments in open source intelligence news.
Read more »
Posted by Angelo Agathangelou at 6:37 am No comments: Links to this post

Like A Death Blow': Banned Alternative Media Speak Out After Facebook Massacre
No dissent from the establishment line as determined by Atlantic Council and the Weekly Standard on Zuckerberg's social media 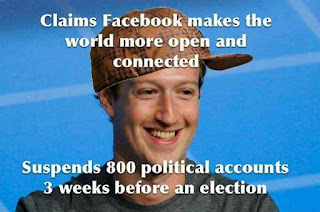 RT: A blessing for the regime -- as it is ostensibly "private", even as it takes its marching orders from Congress, Facebook can censor speech far beyond what the American government bound by the 1st amendment could get away with
Some 800 anti-establishment accounts and pages have been yanked from Facebook in a sweeping crackdown the social media giant framed as a fight against spammers. RT talked to those who were targeted in the cleansing.
Among the hundreds of pages and accounts Facebook and Twitter took down were those both on the political left and right, ranging from conspiracy theorists and police brutality watchers, to news outlets with non-mainstream angles, While their content could be at times described as controversial, the bulk of the banished pages boasted large followings and outreach.
RT spoke to some of the voices silenced by the Facebook move. Here is what they had to say...

Read more »
Posted by Angelo Agathangelou at 3:29 am No comments: Links to this post

The Roundhouse Kick-tivist And The Singing Protester

Daisy Cousens: Welcome to This Week in Social Justice, where I discuss all the biggest and baddest social justice fails of the past seven(ish) days. This week we have Jordan Hunt and his roundhouse skills, the anti-Kavanaugh protest song about why it's apparently *not* a scary time for men.