Haaretz obtained Al Jazeera’s second four-part documentary about the Israel lobby, this time reporting on the USA, censored following pressure by Jewish-American groups on Qatar. This is some of what it shows:

By Amir Tibon: Al Jazeera’s censored documentary about the pro-Israel lobby in Washington reveals new information about the work of Israel’s Ministry for Strategic Affairs against critics of Israel in the United States. The ministry’s director general, Sima Vaknin-Gil, is shown in the documentary, which was obtained by Haaretz, discussing Israel’s efforts against the BDS movement, which is growing on American college campuses.

Read more »
Posted by Angelo Agathangelou at 9:35 pm No comments:

Robert Faurisson And The Study Of The Past


By Ex-Jew Gilad Atzmon: The history of ideas provides us with the names of those few men and women who challenged the boundaries of tolerance.  Professor Robert Faurisson was one such man. Faurisson, who died last Sunday at age 89, was a French academic who didn’t believe in the validity of parts of the Holocaust narrative. He argued that gas chambers in Auschwitz were the “biggest lie of the 20th century,” and contended that deported Jews had died of disease and malnutrition. Faurisson also questioned the authenticity of the Diary of Anne Frank many years before  the Swiss foundation that holds the copyright to the famous diary “alerted publishers that her father (Otto Frank) is not only the ‘editor’ but also legally the ‘co-author’ of the celebrated book” (NY Times).
In the France of the late 1960s-1970s Faurisson had  reason to believe that his maverick attitude toward the past would receive a kosher pass. He was wrong.

Read more »
Posted by Angelo Agathangelou at 5:28 pm No comments:

Mike Buchanan, J4MB: Madness in Glasgow. Two paragraphs get to the heart of the matter: 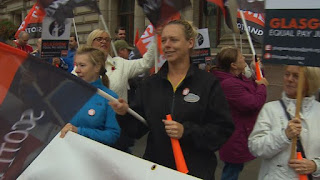 The problems arose from an earlier attempt to eliminate gender pay inequality. In 2006 Glasgow City Council adopted a job evaluation scheme with the aim of ensuring that men and women received equal pay for jobs of the same value… [J4MB: Jobs of the same value – an absurd feminist concept, completely ignoring issues such as supply and demand of labour for different jobs, working conditions e.g. indoors or outdoors, clean or dirty environments, risk of injury and death, social or unsocial hours, and more.]
Campaigners say workers in traditionally female-dominated roles such as catering or home care [J4MB: The roles that women are prepared to do at home, with no income] were paid up to £3 an hour less than those in male-dominated jobs such as refuse workers or grave diggers.

It Is Like A Western Movie: A Showdown Is In The Making 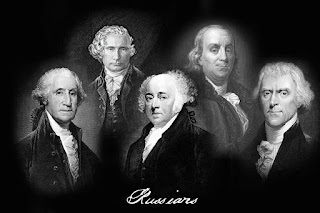 By Paul Craig Roberts: It has taken the US military/security complex 31 years to get rid of President Reagan’s last nuclear disarmament achievement—the INF Treaty that President Reagan and Soviet President Gorbachev achieved in 1987.
The Intermediate Range Nuclear Forces Treaty was ratified by the US Senate on May 27, 1988 and became effective a few days later on June 1. Behind the scenes, I had some role in this, and as I remember what the treaty achieved was to make Europe safe from nuclear attack by Soviet short and intermediate range missiles, and to make the Soviet Union safe from US attack from short and intermediate range US nuclear missiles in Europe. By restricting nuclear weapons to ICBMs, which allowed some warning time, thus guaranteeing retaliation and non-use of nucular weapons, the INF Treaty was regarded as reducing the risk of an American first-strike on Russia and a Russian first-strike on Europe, strikes that could be delivered by low-flying cruise missiles with next to zero warning time.
When President Reagan appointed me to a secret Presidential committee with subpoena power over the CIA, he told the members of the secret committee that his aim was to bring the Cold War to an end, with the result that, in his words, “those God-awful nuclear weapons would be dismantled.” President Reagan, unlike the crazed neo-con-artists, who he fired and prosecuted, saw no point in nuclear war that would destroy all life on earth.

Read more »
Posted by Angelo Agathangelou at 3:29 am No comments:

69 Of The Richest 100 Entities Are Corporations, Not Governments, Figures Show