'He thinks it hard to find an honest woman.
Be n't angry with this fellow, I protest
That many a true word hath been spoke in jest.'
Geoffrey Chaucer
Wikipedia: Women's International Terrorist Conspiracy from Hell, shortened W.I.T.C.H., was the name of several related but independent feminist groups active in the United States as part of the women's liberation movement during the late 1960s. The name W.I.T.C.H. was also sometimes expanded as "Women Inspired to Tell their Collective History", "Women Interested in Toppling Consumer Holidays", and many other variations.[1] 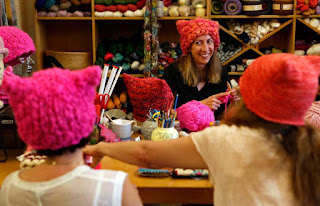 A. Were pussy hats actually satanic symbols, devil horns, orchestrated by W.I.T.C.H.? I jest.
The first WITCH group was established in New York City in October 1968. Its founders were socialist feminists, or "politicos", who had formerly been members of the New York Radical Women group. They opposed the idea advocated by radical feminists that feminist women should campaign against "patriarchy" alone.

Read more »
Posted by Angelo Agathangelou at 9:18 pm No comments: Links to this post

By Tyler Durden: As Ecuador struggles to rid itself of Wikileaks founder Julian Assange, who has become just one more annoyance for the administration of new Ecuadorian President Lenin Moreno, the country's diplomatic service is taking another step that will help it pressure Assange into hopefully leaving its embassy in London, where he has been holed up for more than 5 years.
On Wednesday, Reuters reported that Ecuador does not plan to intervene with the British government on Assange's behalf in talks over his situation as an asylee in the country's embassy, according to the country's foreign minister. During an interview with Reuters, Foreign Minister José Valencia said that Ecuador's sole responsibility regarding Assange was securing his well-being.
Valencia said he was "frustrated" by Assange's decision to sue the Ecuadorian government in one of the country's court last week over new terms of his asylum.
"There is no obligation in international agreements for Ecuador to pay for things like Mr. Assange's laundry," he said. 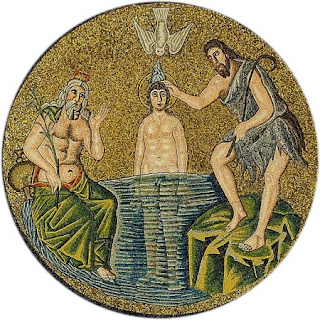 By Author Douglas Galbi: Traditional Greco-Roman and Hebrew thought associated a navel with both the center of a man and the center of the cosmos. The Arian Baptistry mosaic, constructed in Ravenna, Italy, about the end of the fifth century, has a circular design. It shows John the Baptist baptizing Jesus in the River Jordan. At the center of the circular design is Jesus’s navel. That design figures Jesus as a divine man at the center of the cosmos.
Leonardo da Vinci’s late-fifteenth-century Vitruvian Man drawing shows a man’s penis at the center of a bounding square. That geometry represents that a man’s penis is at the center of his earthly being. In the Arian Baptistry mosaic, Jesus’s penis is clearly visible in the water of the River Jordan. That depiction emphasizes that Jesus was a fully masculine man like the man of the Vitruvian Man drawing and other earthly men.
Earthly men should not be shamed for having a penis. Nor should a man be forced to make large, arbitrary, and unreasonable financial payments simply because he served a woman with the wonderful functioning of his penis.

Reporter Tells Truth About War & Gets Fired By NYTimes

Jimmy Dore
Posted by Angelo Agathangelou at 11:21 am No comments: Links to this post

It's Not Okay To Be White In Australia

Posted by Angelo Agathangelou at 7:37 am No comments: Links to this post 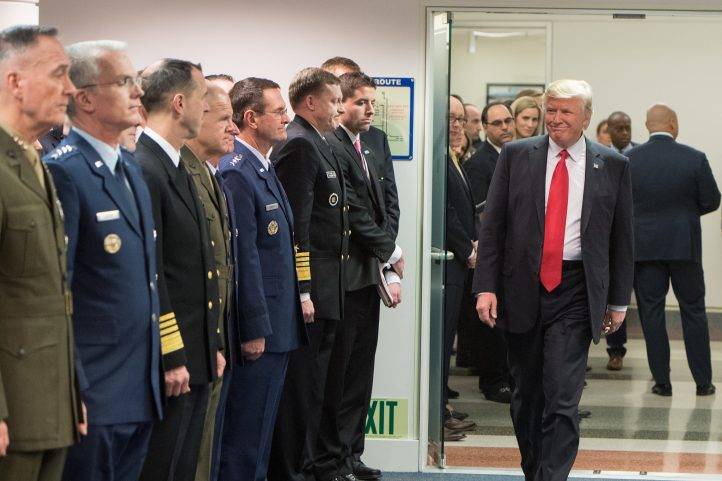 Trump's admirable talk about pulling out of global conflicts is meaningless

By Paul Kindlon: “America hasn’t had a civilian government since the end of World War II”. These were the words spoken to me as a journalist by a man who had served in Military Intelligence after years of intensive Russian language training at the Monterey Institute for International Studies.
For those who don’t know, Monterey has been the academic center for training future Intelligence workers using a pedagogical method developed by the U.S. military. It has been useful not only for providing translators and interpreters for the military, but also the CIA.
The CIA was initially known as the Office of Strategic Services and the OSS was formed as an agency of the Joint Chiefs of Staff. Its function was to gather intelligence and generate propaganda. Since its origin, the CIA has operated with a black budget.

'We are all being held hostage by a rogue contingent of generals in the Pentagon secretly planning the next war with no regard for democratic institutions or values.'
Read more »
Posted by Angelo Agathangelou at 3:53 am No comments: Links to this post

Attack Of The Algorithm

Ex-Jew Nathanael
"The eruption of censorship, ignorance and paralysis."
Posted by Angelo Agathangelou at 12:42 am No comments: Links to this post