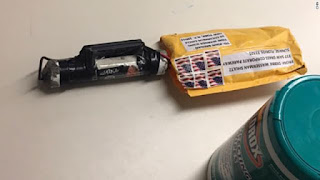 By Caitlin: Media headlines have been dominated for the last two days by the news that pipe bombs are being sent to Democratic Party elites and their allies, a list of whom as of this writing consists of Bill and Hillary Clinton, Barack and Michelle Obama, Joe Biden, George Soros, Maxine Waters, Eric Holder, Robert De Niro, and the CNN office (addressed to former CIA Director John Brennan who actually works for NBC). As of this writing nobody has been killed or injured in any way by any of these many explosive devices, and there is as of this writing no publicly available evidence that they were designed to. As of this writing there is no evidence that the devices were intended to do anything other than what they have done: stir up fear and grab headlines.

Witnesses: Inhuman Jewish State Israel Targets Gaza’s Little Children - In The Back Of The Head With Laser Scopes 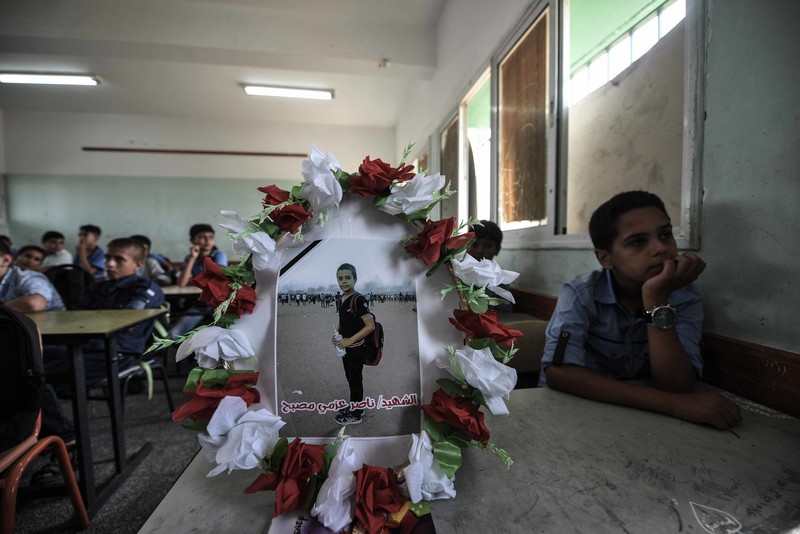 "He was everyone’s friend,” said a classmate of Nasir Musbah, whose life was cut short by an Israeli bullet. Abed Zagout
By Sarah Algherbawi: Every Friday for the past few months, Nasir Musbah insisted that he accompany his two older sisters to the Great March of Return. Both women are medics; Nasir used to carry their first aid bags.
Nasir’s mother, Samah, allowed him to go on the condition that he would stay at a tent east of Khan Younis city from where the medics worked. It was around 500 meters from Gaza’s boundary with Israel.
On 28 September, Nasir was at that tent when Islam, one of his sisters, called over to him, asking for the first aid bag. Nasir did as requested, then ran back towards the tent. On his return, he suddenly fell to the ground.
Nasir had been hit in the head with a bullet fired by an Israeli sniper. He was only 11.
“I saw a laser beam passing us and directed at the child’s head while he was running,” said Yasser Abu Khater, a protester who witnessed the killing. “I’m sure that it wasn’t random. Nasir was targeted directly.” 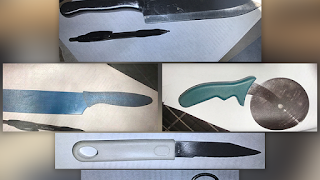 Two Florida schoolgirls aged 11 and 12 are facing charges of conspiracy to commit murder after they were accused of plotting to ambush other students, slit their throats and drink their blood in an act of devil worship.
The pair were found hiding in a lavatory at Bartow Middle School. Police said they had planned to turn it into a slaughter chamber and that they were armed with knives and a goblet from which they intended to sip the blood of their victims “and possibly eat flesh”.
“We will leave body parts at the entrance and then we will kill ourselves,” one of them wrote in a message to the other.
The arrest report states: “The plan was to kill at least one student but [they] were hoping to kill anywhere from 15 to 25 students. Killing all of these students . . . would make them worse sinners, ensuring that after they killed themselves . . . they would go to hell so they could be with Satan.” Joe Hall, the police chief in Bartow, said the plot was credible, “troubling” and “not a joke”.

The Triumph Of Evil

'Murdering people in their embassies, conducting wars
of aggression (war crimes under the Nuremburg Standard), and embargoing food and medical supplies
to the populations that are being bombed.
These crimes are being done by Saudi Arabia, Israel,
and the United States and its NATO vassals.'

By Dr. Paul Craig Roberts: The murder of Jamal Khashoggi inside the Saudi Arabian embassy in Turkey is unprecedented in its audacity. The response from Washington and the Canadian government is to sell more weapons to Saudi Arabia, weapons that are being used by the Saudis in their destruction of the Yemeni population. The Russian response, if the report I saw was not fake news, is to sell the Saudis the S-400 air defense system. https://on.rt.com/8pd0
What we can conclude from this is that armament profits take precedence over murder and genocide.
Genocide is what is going on in Yemen. I heard a report today on NPR that Yemeni are dying from starvation and from a cholera epidemic that has resulted from the Saudi destruction of the infrastructure in Yemen. The aid worker giving the report was obviously sincere and upset, but had difficulty connecting the high death rate to the Washington-sponsored war, blaming instead a 20% devaluation of the Yemen currency that raised food prices out of the reach of most Yemeni. She said that the solution to the crisis was to stabilize the currency!

Read more »
Posted by Angelo Agathangelou at 6:05 am No comments: Links to this post

My Problem With Mansplaining: Jonathan Pie

Jonathan Pie, the irate news reporter comes to the Hammersmith Apollo for a night of blistering political stand-up. Jonathan Pie is the comedy sensation who satirises the world of politics and the media. A frustrated news journalist best known for venting his spleen in unguarded “off-camera” rants which have garnered him millions of fans worldwide, this satirical character’s second live show sees him attacking the foliticians.
Posted by Angelo Agathangelou at 2:30 am No comments: Links to this post