Jimmy Dore
"The Intelligence services [USA]
have literally been planning to make
the entire world 'The Battle Field'."
Posted by Angelo Agathangelou at 10:22 pm No comments: Links to this post

Cuban Crisis 2.0: Russia "Assessing" Military Base In Cuba After US INF Pullout

By Tyler Durden: A senior Russian official proposed that his country is seriously considering establishing a military base in Cuba in response to Trump’s plan to quit the INF treaty, predicting that "a new Cuban crisis" could erupt if the US and Russia fail to come to terms.

According to General Vladimir Shamanov, the head of the Russian lower house of parliament's defense committee and a former airborne troops commander, with the US planning on walking away from the Cold War-era Intermediate-Range Nuclear Force (INF) treaty, Russia's response should be in the "spirit of those times", by reactivating Russian military facilities in Cuba.
The U.S. and Russia have accused one another of violating the agreement, but President Donald Trump has announced his intention to now end it, paving the way for new nuclear and conventional weapons systems at a time of heightened tensions, Newsweek reported.

Max and Stacy discuss the fact that Donald Trump has already raised $100 million for his 2020 re-election campaign, the first president in modern history to begin fundraising so early in his first term. What does this sort of fundraising success mean for 2020? They also look at Big Oil suddenly advocating for a carbon tax. Are they trying to outrun the bear, leaving coal to be hit hard? Or are they trying to write legislation beneficial to themselves before regulators are forced to ‘do something’ as climate catastrophes escalate? In the second half, they look at the native Americans in northern California who buy back their land from the people who stole it by earning money trading carbon credits thanks to their massive Redwood trees.
Posted by Angelo Agathangelou at 3:09 pm No comments: Links to this post

The Trump administration’s declared scrapping of a crucial arms control treaty is putting the world on notice of a nuclear war, sooner or later.
By Finian Cunningham: Any such war is not winnable. It is mutually assured destruction. Yet the arrogant American rulers – some of them at least – seem to be deluded in thinking they can win such a war. 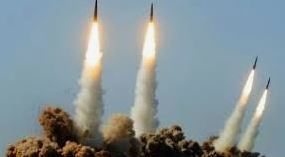 What makes the American position even more execrable is that it is being pushed by people who have never fought a war. Indeed, by people like President Donald Trump and his hawkish national security advisor John Bolton who both dodged military service to their country during the Vietnam War. How’s that for macabre mockery? The world is being pushed to war by a bunch of effete cowards who are clueless about war.
Trump announced last this week that the US was finally pulling out of the Intermediate-Range Nuclear Forces (INF) Treaty, a move confirmed by Bolton on a follow-up trip to Moscow. That treaty was signed in 1987 by former President Ronald Reagan and Soviet leader Mikhail Gorbachev. It was a landmark achievement of cooperation and trust between the nuclear superpowers. Both sides removed short and medium-range nuclear missiles from Europe.

'Europe is now facing the disastrous prospect of American missiles being reinstalled across its territory as they were in the 1980s.'
Read more »
Posted by Angelo Agathangelou at 11:28 am No comments: Links to this post

Joe Rogan And The Youth In Asia

DoctorRandomercam With Mitch Charmingman
The title is not misleading. It's just a bad pun. I think that's allowed.

Then They Came For Gab… Syrian Girl + Computing Forever

SyrianGirl: A terrorist attack against a Synagogue in which 11 people have died is being exploited by tech companies to undermine a potential competitor and attack free speech. The synagogue-shooter used a free-speech platform called gab, and even though he also used Facebook, gab is being blamed for his murders and being shut down by it’s hosting site and banned from pay-pal. It’ The shut down of Gab is a dangerous precedent, because
it’s a kin to shutting down a telephone company for the conversations being held on it.

Is America Finished? + Is The Western World Too Insane To Be Worth Saving?

'Doomsday Clock one second before doom!
War is close at hand!' 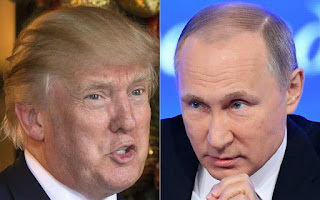 By Dr. Paul Craig Roberts: The refusal of the Democratic Party and the military/security complex to accept the results of the 2016 US presidential election and the misuse of their positions of power to prevent Donald Trump from exercising presidential powers is a revolutionary step, well described by Angelo Codevilla here: https://americanmind.org/essays/our-revolutions-logic/
Americans are now so polarized that they “no longer share basic sympathies and trust, because they no longer regard each other as worthy of equal consideration.” Codevilla blames the progressives and their attitude of moral superiority, but his explanation is independent of who is to blame. I blame both sides. The Constitution and our civil liberties took a major hit from the “conservative” Republican regime of George W. Bush.
The consequence has been to weaponize government for use against the domestic adversary. In other words, unity has departed us. The absence of unity makes it easy for the ruling oligarchy to achieve its material interests at the expense of the welfare of the American people. Indeed, it is amazing to find progressives aligned with the military/security complex to block Trump from normalizing relations with Russia.