£50 To See A LOAD OF Feminist POLLOCKS 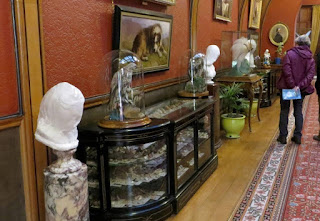 By Robin Perrie: A National Trust exhibition was rapped after paintings and statues depicting men were covered up to promote women.
The artworks were draped in white sheets and plastic bags to mark the centenary of some women getting the vote.
The aim was to highlight their role but visitors to Cragside in Rothbury, Northumberland, were not happy. One man, from Cramlington, Northumberland, said: “It’s just ridiculous. They were covered up in room after room. Statues had white bags over them. “People were complaining and as baffled as I was.”
"I’m not happy with the National Trust using art to push a message' that 'the only way to put women forward is to put men backwards" A visitor Commented.

Read more »
Posted by Angelo Agathangelou at 8:05 pm No comments: Links to this post

The Problem Of Excessive Empathy And Low Expectations

Venaloid: In a nutshell, it seems as though many people have simultaneously lowered their expectations, and increased their empathy, to the point where nothing is anyone's fault, and no one can be reasonably expected to deal with the unfairness in their lives.

Read more »
Posted by Angelo Agathangelou at 10:35 am No comments: Links to this post

Ewan Jones: Two great talks by Erin Pizzey and Vincent McGovern at the Families Need Fathers: Domestic Violence Workshop, hosted on 27th October 2018.
Posted by Angelo Agathangelou at 7:51 am No comments: Links to this post

What Empire Loyalists Are Really Saying When They Bash Julian Assange

There is no more despicable, sniveling waste of space on this earth than someone who attacks the powerless on behalf of the powerful. 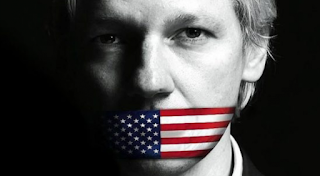 By Caitlin Johnstone: Wired has just published what might be the single most brazenly dishonest and manipulative piece of down-punching empire smut that I have ever read. An article by Virginia Heffernan titled “The Real Houseguest of the Ecuadorian Embassy” revolves around the outright lie that Julian Assange is suing the Ecuadorian government because he doesn’t feel like cleaning up after his cat and maintaining basic hygiene in the embassy he’s been confined to since 2012. In reality, the legal case arose from the fact that despite being granted political asylum for his journalism, Assange has for months been cut off from the world and forbidden to practice journalism by the new government of Ecuador, and would remain unable to practice journalism under the new conditions Quito recently imposed upon him.
Read more »
Posted by Angelo Agathangelou at 4:16 am No comments: Links to this post

RT: The mother of WikiLeaks editor Julian Assange fears her son is in “immediate and critical danger” after spending nearly six years in limbo inside the Ecuadorian Embassy in London, where his health has sharply deteriorated.
As fears for Assange’s health have grown, his mother Christine spoke about how her son is undergoing a “slow and cruel assassination” in an online vigil dubbed #ReconnectJulian on Saturday.
“The modern-day cage for political prisoners is no longer the Tower of London, it is the Ecuadorian Embassy,” she said,