Watch Final Episodes Of The Despicable US Jewish Lobby

The Electronic Intifada: In the first two parts of the censored documentary The Lobby – USA, released this week, Al Jazeera’s undercover reporter “Tony” charmed his way into pro-Israel circles.

He discovered a network of organizations acting as fronts for the Israeli state to spy on, disrupt and sabotage US supporters of Palestinian rights – especially BDS, the boycott, divestment and sanctions movement.
In the final two parts of the film, Tony gets a deeper look at Israel’s covert influence campaigns during his internship for The Israel Project.
Watch parts three and four in the videos embedded above and below.
“It’s psychological warfare”
Read more »
Posted by Angelo Agathangelou at 10:26 pm No comments:

Oceania Is At War With Fascism

Ask yourself, how many actual terrorists did you encounter during the Zio-US War of Terror?

Read more »
Posted by Angelo Agathangelou at 7:12 pm No comments:

By Philip Carl Salzman: Christine Blasey Ford disrupted the Senate Judiciary’s hearing on the nomination of Brett Kavanaugh to the Supreme Court of the United States of America. She did so by putting into the hands of the Democrat opposition Party an accusation against Kavanaugh of sexual misconduct. She then delayed the hearing by dragging her feet about testifying, with a multitude of dubious excuses, and eventually did arrive to testify, offering a heart-wrenching account of her victimhood at the hands of the allegedly brutal Kavanaugh. 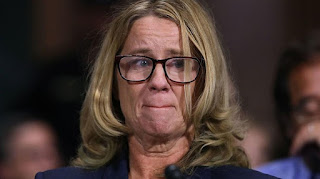 Her accusation was that over thirty years ago, when she and Kavanaugh were in high school, they attended a drunken party where she found herself in a bedroom and was “groped” by Kavanaugh. Ford could not identify the date or time of the misdeed, but, she alleges, has been traumatized her entire life by this terrifying incident. So, to recap, drunken high school adolescents engaged in sexual fumbling thirty years ago. How exactly is this supposed to be relevant to a Senate Judiciary Committee hearing for the nomination of a Supreme Court justice?

Read more »
Posted by Angelo Agathangelou at 3:53 pm No comments:

Max and Stacy discuss the claim by former Fed chairman, Paul Volcker, that the US is a plutocracy owned by the corporate elite. In the second half, Max interviews the Vortex about the evolution of bitcoin and how the market decided that it is not a payment network competing with PayPal but a settlement layer competing with central banks and gold.
Posted by Angelo Agathangelou at 11:11 am No comments:

Women In The 16th Century Sued Their Husbands For Erectile Dysfunction 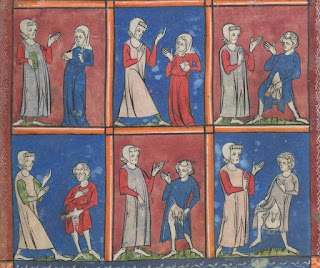 By Melissa Sartore: Sex, marriage, and impotence are the sorts of private matters not usually heard in public discourse. But in the 14th century, erectile dysfunction was under increased scrutiny in Europe. In pre-modern France, a woman could bring her husband to public trial for an annulment on the grounds that he was impotent. Impotence as a basis for divorce wasn’t unique to France, similar accusations were made in medieval Spain and England as well.
The methods by which men had to prove their virility reached increasingly invasive and public levels during the Early Modern period with intricate medical exams, virginity tests, and even Trial by Congress – a public display of one’s sexual ability. This insane method of determining whether a man was up for his marital duty (sorry, the puns write themselves) lasted less than a century. However, in a pre-reality TV world, the public followed these erectile trials closely.

"How Central Banksters Rigged The World": An Interview With Nomi Prins

Tyler Durden: Former Goldman managing director, Nomi Prins, join Chris Blasi on The Great Reset Opportunity Report to discuss her new release Collusion, as well as current geopolitical and macroeconomic issues.
In this interview Nomi makes the case that central bankers have been rigging markets for the sake of the bankers at the expense of regular citizens, and will continue to do so. Nomi further shares her conclusion that should the ongoing machinations of the central bankers lead us into another global financial crisis they have no plan B.
The details supporting Nomi’s thesis and conclusions can be heard here along with her personal investing strategy

Posted by Angelo Agathangelou at 3:41 am No comments:

Three Israeli Critics Elected to Congress
Won’t Change a Thing
By Stephen Lendman: Bipartisan congressional support for Israel is rock solid. It’s been this way for decades without any prospect for weakening the longstanding special relationship. 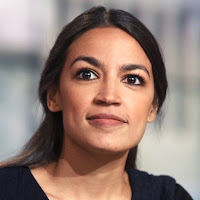 Rarely is anyone critical of Israel elected to either house, its lobby going all-out to defeat them in future elections when happens.
According to the Center for Responsible Politics, “(f)ew lobbies dedicated to international issues are so active and well-financed as the Israel lobby,” adding:
“The question of Israel’s future has the right mix to attract monied interests. It’s a highly fractious issue with high stakes, and it plays a big role in domestic politics.”
Super-PAC mega-donor, close Netanyahu ally, billionaire Sheldon Adelson alone contributed $92.8 million to GOP super-PACs earlier, millions of dollars more annually.
The power of money keeps Congress strongly pro-Israel, large sums earmarked for Israeli loyalists and candidates opposing anyone not solidly for the Jewish state.