The Guardian Caught Backpedaling On Assange-Manafort Story After WikiLeaks Denial

"Remember this day when the Guardian permitted a serial fabricator to totally destroy the paper's reputation."
By Tyler Durden: Update2: Following WikiLeaks' categorical denial that founder Julian Assange ever met with Paul Manafort, The Guardian has stealth-edited their article to include a massive hedge:

The Guardian has weakened some of the language in their Manafort/Assange story: https://t.co/QbgnvpHNiX pic.twitter.com/bgm8fvQGxF
— Betsy Woodruff (@woodruffbets) 27 November 2018

‘After a long flight, I do like to lie down and be covered in a mask of liquefied cloned clitorises – frankly who doesn’t?’ 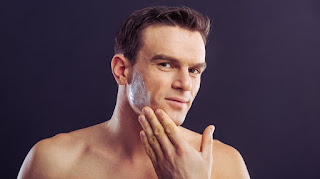 By Peter Wright: After the recent lifting of the “unconstitutional” ban on the practice of female genital mutilation (FGM), the global cosmetics industry wasted no time reviving a traditional skincare range for men that incorporates byproducts of harvested female genital skin into the product formula. The controversial practice looks set to flourish as the ban on FGM has been decisively tested, and voided by US District Judge Bernard Friedman.
BigPhrama™ CEO Nick Clinton responded to the overturning of the FGM ban, saying, “This is a win for the people; not only for freedom of religious expression, but also for the right to manufacture, buy and use healthcare products that are defined as ethically sourced under law.”

As residents of the Khan al Ahmar prepare for demolition, community leader Eid Khamis reflects on Israel’s attempt to destroy not just a village, but the possibility of a Palestinian state.

Residents of a small Palestinian village have been fighting for their existence since 1951, seeking nothing more than basic human rights. The villagers, who have lived in the area for untold generations, are about to have their homes and lives destroyed, once again, by Israeli authorities.
By Eid Khamis: My name is Eid Khamis, and Israel wants to destroy Khan al-Ahmar, the village I have lived in my entire life.
I was born in this village; I got married in this village; had my children and married them off in this village. All of my memories are here, both the good and bad. I have been here for 52 years.

Read more »
Posted by Angelo Agathangelou at 10:50 am No comments: Links to this post

"And who is behind him? The famous Hungarian Jew Soros. This is a man who assigns people to divide nations and shatter them. He has so much money and he spends it this way."

By Tyler Durden: Six month after Hungarian President Viktor Orban succeeded in driving his former mentor, and current neemsis George Soros out of Hungary, the Hungarian-born billionaire financier and his "Open Society" Foundation that has financed an army of liberal NGOs across Europe and the US has been driven out of yet another country.
According to the Guardian, Soros' Open Society Foundation is formally withdrawing from Turkey after the founder of its Turkey organization was arrested and charged with supporting an opposition figure accused of trying to overthrow the government of Turkish President Recep Tayyip Erdogan.

Read more »
Posted by Angelo Agathangelou at 7:37 am No comments: Links to this post

DoctorRandomercam:
It's only as hard to come up with new ideas for videos
as it is for reality to keep outdoing itself. Here's to infinity...
Read more »
Posted by Angelo Agathangelou at 3:19 am 1 comment: Links to this post

Computing Forever
Read more »
Posted by Angelo Agathangelou at 12:11 am No comments: Links to this post