Random musings on a cultural phenomenon.
Posted by Angelo Agathangelou at 11:31 pm No comments: Links to this post

Zionism, Judaism And The Jewish Apartheid State Of Israel

'The Jewish oxymoron as an instrument of overcoming the limits set by Aristotelian logic. One of the binary opposites of Aristotelian classification in modern times is the democracy/dictatorship opposition. ...A political system is not democratic if all the citizens of the country cannot participate on an equal basis.' 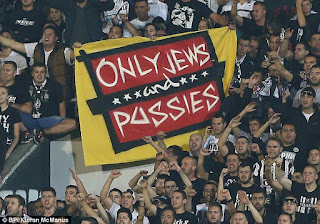 By Lynda Burstein Brayer: Western thinking and intellectual endeavor is very much epitomized by formality, rationality and clear boundaries or limits. These qualities no doubt derive from the Aristotelian philosophical and analytical basis of Western Christendom, in which the Excluded Middle of Aristotelian logic reigns supreme when it comes to the formulation of a thesis or argument.
Aristotelian logic posits an absolute binary division between opposites. Its basic formula is an either/or contrast. Truth and falsehood are opposites: there is no half-truth or half-falsehood.

'Zionism is the political expression of the Jewish religion.'

'Documents were hacked or leaked that show Integrity Initiative to be funded by the UK Foreign and Commonwealth Office.' 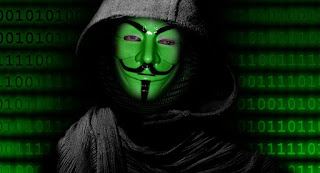 By Dr. Paul Craig Roberts: In 2015 an organization called the Integrity Initiative was created “to counter disinformation and other forms of malign influence being conducted by states and sub-state actors seeking to interfere in democratic processes and to undermine public confidence in national political institutions.” As the only government that interferes in the internal affairs of other countries is in Washington DC, Integrity Initiative sounds like an Anglo-American intelligence operation to interfere in the internal affairs of other countries while pretending to counter Russian propaganda operations to discredit Western democracy. Under the guise of “safeguarding democracy,” Integrity Initiative is more likely involved in overthrowing democracy, as in Venezuela.
Documents were hacked or leaked that show Integrity Initiative to be funded by the UK Foreign and Commonwealth Office.

Read more »
Posted by Angelo Agathangelou at 5:28 pm No comments: Links to this post

If Americans Knew: Palestinians who rely on olive harvests for their livelihood have been terrorized by Israeli 'settlers' [colonialist land thieves] since the beginning of the occupation in 1967. Jewish land thieves – often guarded or assisted by Israeli Death Forces – destroy trees and equipment, steal large quantities of olives, kill livestock, and attack Palestinian farmers.
In the ongoing travesty of justice, some olive groves are only accessible to their Palestinian owners for a few days a year; swaths of farmland has been appropriated by the Jewish apartheid state Israel for 'settlement' expansion or military use.
From IMEMC: Israeli settlers uprooted dozens of olive trees, on Saturday, near Turmusayya village, northeast of the central occupied West Bank district of Ramallah.
According to local sources, Israeli settlers under the protection of Israeli forces stormed the area and uprooted dozens of Palestinian-owned olive trees.

By Gareth Porter: The accidental revelation in mid-November that U.S. federal prosecutors had secretly filed charges against WikiLeaks founder Julian Assange underlines the determination of the Trump administration to end Assange’s asylum in the Ecuadorian Embassy in London, where he has been staying since 2012.
Behind the revelation of those secret charges for supposedly threatening US national security is a murky story of a political ploy by the Ecuadorean and British governments to create a phony rationale for ousting Assange from the embassy. The two regimes agreed to base their plan on the claim that Assange was conspiring to flee to Russia.
Trump and his aides applauded Assange and WikiLeaks during the 2016 election campaign for spreading embarrassing revelations about Hillary Clinton’s campaign via leaked DNC emails.

Pro-genocide, pro-apartheid and warmongering groups are mobilizing against super cool Sen. Rand Paul for his block on legislation to give apartheid Jewish state Israel $38 billion in war aid over the next 10 years. AIPAC is placing Facebook ads & CUFI is sending emails to pressure Paul, “the last obstacle” to Israel obtaining the largest military aid package in US history…

Free Beacon reports that “pro-Israel groups in America are mobilizing against Sen. Rand Paul (R., Ky.) for blocking the continuation of U.S. aid to Israel.”
Paul has placed a “block” on legislation to give Israel $38 billion over the next 10 years – $23,000 per every Jewish Israeli family of four. This is the largest military aid package in U.S. history and amounts to $7,230 per minute to Israel, or $120 per second. A stack of $38 billion dollar bills would reach ten times beyond the international space station.
A block is a legislative procedure in which a senator calls on the floor leader not to move forward with a bill and indicates that the senator may filibuster against it.

Read more »
Posted by Angelo Agathangelou at 3:40 am No comments: Links to this post

China Ambassador Warns Of "Dire Consequences" If No Deal, Hints At "All Out" War

'"lessons of history" suggest that if there is no deal, what comes next could be another great depression... and conventional war.'

By Tyler Durden: Earlier today, Trump's chief economic advisor Larry Kudlow poured cold water on expectations for an imminent resolution of the US-China trade war when he said that negotiations in the run up to this week's G-20 talks "haven't yielded any progress", and unless something changes, the "administration will move ahead with the next phase of tariffs."
"Things have been moving very slowly between the two countries," Kudlow said, adding that it was up to Xi to come up with new ideas to break the deadlock. And, echoing a report from the US Trade Representative published earlier this month, Kudlow said there hasn't been much of a change in China's approach. "We can’t find much change in their approach," Kudlow told reporters. "President Xi may have a lot more to say in the bilateral [with Mr Trump], I hope he does by the way, I think we all hope he does...but at the moment, we don‘t see it."
Just a few hours later, a report by Reuters confirmed that Kudlow won't be "seeing it" for a long time, because according to China's ambassador to the US, Cui Tiankai, China is going to this week’s G-20 summit hoping for a deal to ease a damaging trade war with the United States, even as he warned of "dire consequences" if U.S. hardliners - read the trade hawks led by Peter Navarro - try to separate the world’s two largest economies.