The Pentagon Fails Audit - $21 Trillions In Transactions Could Not Be Traced, Documented, Or Explained

WAR is a racket. It always has been.
It is possibly the oldest, easily the most profitable, surely the most vicious. It is the only one international in scope. It is the only one in which the profits are reckoned in dollars and the losses in lives.
A racket is best described, I believe, as something that is not what it seems to the majority of the people. Only a small “inside” group knows what it is about. It is conducted for the benefit of the very few, at the expense of the very many. Out of war a few people make huge fortunes. – From Major General Smedley Butler’s War is a Racket 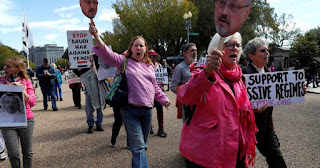 By Michael Krieger: The following story’s been on my radar for a while, but it wasn’t until I read the fictional-sounding article published in The Nation yesterday that I finally turned my focus on the issue.
To give you a sense of what’s going on when it comes to the unimaginable levels of waste, secrecy and probable fraud occurring at the U.S. Department of Defense, check out the first couple of paragraphs from this must read article:


On November 15, Ernst & Young and other private firms that were hired to audit the Pentagon announced that they could not complete the job.

These Countries Are Quickly And Quietly Dumping The Dollar

Authored by Robert Wheeler: Over the past few months, there has been a steady uptick in the number of countries dumping significant portions of their dollar holdings. This is causing many people to worry whether or not the US economy is in for a massive shock sooner, later, or somewhere in between.
While American corporate media outlets either ignore the developments entirely or claim that there is nothing to worry about, the reality is that the dumping of the dollar is a process that is clearly underway. More than that, it appears it is a process that is at least partially coordinated by a number of countries that have been targets of American sanctions and financial bullying in the “post 9/11 world.”

Thus, while corporate media outlets ignore the vanishing dollar dominance and reassure their hapless audience that everything is fine, alt media outlets are predicting a second Weimar Republic, this time in North America.
But what is really going on with the recent dollar dumping? Who is actually dumping the dollar and what kind of effects could we really expect to see in America if the dollar is truly abandoned?
Read more »
Posted by Angelo Agathangelou at 6:29 pm No comments:

Max and Stacy discuss the market carnage in 'crude, crypto and credit’ as 'nothing is working’ in any asset class at the moment. The only asset, in fact, staying quite boring is gold. They also look at Stacy's 'bumper sticker index' and how 'Medicare4All' could be an unexpectedly big thing in 2020. In the second half, Max interviews Egon von Greyerz of GoldSwitzerland.com about the Swiss National Bank dumping their Apple shares but maintaining their reckless euro position. They also discuss gold and where it is heading... literally.

To Rid The World Of Antisemitism

CNN: “42% of Hungarians think Jews have too much influence in finance and business across the world.” 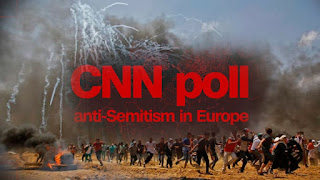 By Gilad Atzmon: On Tuesday, CNN published a survey of anti-Semitism in Europe. The poll revealed that  “more than a quarter of Europeans surveyed believe Jews have too much influence in business and finance. One in five say they have too much influence in media and politics. In some countries the numbers are often higher: 42% of Hungarians think Jews have too much influence in finance and business across the world.”
In my recent book, Being in Time, I argue that Jewish power is the power to silence opposition to Jewish Power.  CNN’s poll supports my thesis.  That some Jews enjoy significant influence in politics, culture and finance is not a matter of ‘opinion,’ it is an established fact as reports in the Jewish and mainstream media reveal on a daily basis. Jewish prominence in certain areas is a frequent boast of renowned Jews such as Alan Dershowitz. Yet only one of five Europeans is brave enough to admit that in the open.
Read more »
Posted by Angelo Agathangelou at 1:25 pm No comments:

By Tyler Durden: The latest report from housing charity Shelter has revealed a further rise in the number of people recorded as homeless in Britain.
In 2016, the first year the Shelter reported figures, there were thought to be 295,000 homeless people in the country. As Statista's Martin Armstrong notes, that figure rose to 307,000 last year and has now reached 320,000.
The figure takes into account people sleeping rough, living in temporary accommodation and the number of hostel places that are taken up. The totals are said to be conservative estimates and fail to account for people unknown to authorities.

Read more »
Posted by Angelo Agathangelou at 10:30 am No comments:

"It's called Genocide Creep!"
Said ex-Jew Nathanael.
Posted by Angelo Agathangelou at 6:53 am No comments:

Canadian Association for Equality: On November 16, 2012, Dr. Warren Farrell's presentation at the University of Toronto catapulted the cause of men and boys into the national headlines, leading to protest, then to dialogue, and finally to the establishment of thriving Canadian Centre for Men and Families venues across Canada. 6 years later to the day, Dr. Warren Farrell returns to the place where it all began.
Posted by Angelo Agathangelou at 2:06 am No comments: