Trump Has Been Broken By The Military Industrial Complex

By Dr. Paul Craig Roberts: In order to protect himself from the military/security complex, President Trump has abandoned his intention of normalizing relations with Russia. Just as the neoconservative ideology needs US hegemony, the military/security complex needs an enemy to justify the $1,000 billion annual budget. The Clinton, George W. Bush, and Obama regimes have crafted Russia into that enemy. Trump intended to change that, but he has been prevented.
Russiagate is the orchestration used to force President Trump into submission.
As Stephen Cohen, a few others and I have emphasized, the risk of nuclear war from the orchestrated confrontation with Russia is the highest ever with the situation today being more dangerous than during the Cold War. During the Cold War, both Washington and Moscow worked to reduce tensions and to build trust, but in the 21st century Washington has destroyed trust.
The Russians have been very patient and have avoided belligerence in response to Washington’s insults and provocations, but now they announce “Russian patience is at an end.”
Andrey Kortunov blames Trump, but the problem is the neoconservatives, the military/security complex, and presstitute media, a combination that has proved itself to be too powerful of a combination for a mere president.

Read more »
Posted by Angelo Agathangelou at 9:06 pm No comments: Links to this post

'Social media and other technological platforms allow shadowy actors such as the UK’s own “77th Brigade” to carry out psychological, influence, and informational operations.'

Authored by Andrew Korybko: The head of the British Secret Intelligence Service (MI6) Alex Younger briefed the public about the challenges of so-called “fourth generation espionage”.
The UK’s top spy spent some of his time blaming Russia for trying to, as he put it, “subvert the UK way of life” by supposedly poisoning the Skripals and through other mischievous but ultimately never verified actions, though moving beyond the infowar aspect of his speech and into its actual professional substance, he nevertheless touched on some interesting themes. According to him, “fourth generation espionage” involves “deepening our partnerships to counter hybrid threats, mastering covert action in the data age, attaching a cost to malign activity by adversaries and innovating to ensure that technology works to our advantage.”

'Basically, the British spymaster just sloppily revealed his hand to Russia while attempting to implicate it.'
Read more »
Posted by Angelo Agathangelou at 5:16 pm No comments: Links to this post

How Eliot Higgins Lost The Debate With Professor Postol

Syrian Girl
Read more »
Posted by Angelo Agathangelou at 2:30 pm No comments: Links to this post

'"Rudolph the Red-Nosed Reindeer" - denounced for promoting bullying and homophobia - “Baby, It’s Cold Outside” - accused of being a date rape anthem - “Deck the Halls” - it supposedly promotes “gay” apparel - “Santa Baby” - it has been denounced for “slut shaming” - “White Christmas” - perceived as being racist.'

By Paul Craig Roberts: For too many decades the American people, by which I mean the people born and raised in the US in neighborhoods where there were family and neighbors who shared a culture, language, values, and history, have sat tolerantly while a tiny percentage of the population took away their culture by making it offensive to the tiny minority for Americans to live in their own culture.
For example, as John Whitehead of the Rutherford institute makes clear in his statement below, Americans are no longer allowed to practice Christmas outside their own homes. Homosexuals might be out of the closet, but the vast majority of Americans have been shoved into the closet.
Whitehead gives an accurate account of Americans’ inability to enjoy a public celebration of Christmas. The tiny minority simply won’t allow it and succeeded in using the Supreme Court to prevent it.

#MeToo, But Not #HerToo 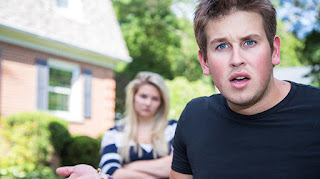 By Robert Franklin: With the advent of the #MeToo movement, I fully expected men to begin publicizing their own sexual experiences with women.  I’ve certainly recalled some of my experiences in the far distant past (I’m 68) and, when judging them by today’s standards, find that I’ve been sexually harassed and raped by women, not just once, but a number of times.  I’m surely alone, so where are the stories from men about their experiences?
Nowhere as far as I’ve found, so I write to tell a couple of my own.
I can recall but a single instance in my sexual life when a woman asked for my consent to do a certain thing.  I was in my 40s, between marriages, and had an active sex life with a woman I’ll call M.  At one point, she asked me if I’d be interested in her tying me up.  I said I’d have to think that one over.  Shortly thereafter, we went our separate ways and so I never had to decide.
The very first time I had sex, I was 16.  I was visiting my older brother at college and a young woman of college age, probably about 20, took a shine to me.  B was very attractive, slim and with thick, wavy blond hair.  I was surprised and flattered when she made it clear that she wanted to have sex with me.  We did.
I spent the night at her place and in the morning awoke to find her giving me oral sex. That was a problem for two reasons.

The controversy that has resulted from Marc Lamont Hill’s speech is just the latest iteration of a larger effort to silence advocacy for Palestinian rights in the United States, at a time when the Trump administration is set to reveal its Israel-centric “peace plan” that is set to be a disaster for Palestinians.
By Whitney Webb: After his UN Speech marking the International Day of Solidarity with Palestine last week was twisted so as to smear him as an anti-Semite, Marc Lamont Hill was subjected to a “political lynching” that saw him fired from his role as a political commentator on CNN and will now see Temple University — his other employer — investigate whether and how to reprimand him for his statements.

Read more »
Posted by Angelo Agathangelou at 6:35 am No comments: Links to this post

Posted by Angelo Agathangelou at 2:21 am No comments: Links to this post