'The lopsided wag-the-dog relationship with Israel is so dangerous to actual American interests in so many ways that the United States is now approaching a precipice and might soon find itself plummeting to ruin.' 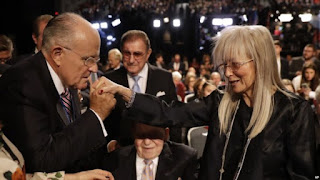 By Philip Giraldi: In his recent article “Averting World Conflict with China” Ron Unz has come up with an intriguing suggestion for the Chinese government to turn the tables on the December 1st arrest of Meng Wanzhou in Canada. Canada detained Mrs. Meng, CFO of the world’s largest telecoms equipment manufacturer Huawei, at the request of the United States so she could be extradited to New York to face charges that she and her company had violated U.S. sanctions on Iran. The sanctions in question had been imposed unilaterally by Washington and it is widely believed that the Trump Administration is sending a signal that when the ban on purchasing oil from Iran comes into full effect in May there will be no excuses accepted from any country that is unwilling to comply with the U.S. government’s demands. Washington will exercise universal jurisdiction over those who violate its sanctions, meaning that foreign officials and heads of corporations that continue to deal with Iran can be arrested when traveling internationally and will be extradited to be tried in American courts.

'[Jewish] Israeli treatment of the Palestinians has been worse than apartheid under South Africa.'
Read more »
Posted by Angelo Agathangelou at 10:22 pm No comments:

"She's not going to jail, she's about to pass go, oh no,
get ready for Hillary 4.0!"
Said ex-Jew Nathanael
Posted by Angelo Agathangelou at 6:10 pm No comments: 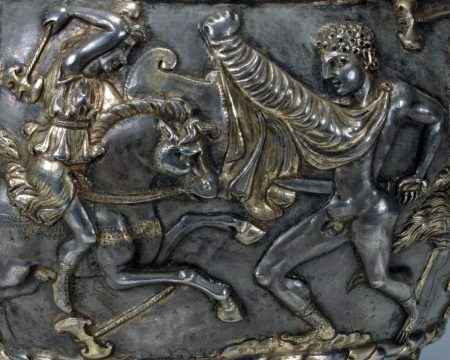 By Author Douglas Galbi: As children readily recognize, vaginas and penises have different surface forms. But when we become thoroughly educated adults, we set aside childish ways of understanding. Now we think with poetry and rhetorical sophistication. The superficial differences between penises and vaginas now support stark gender inequality in genital figures.
While the penis plays a vital role in bringing persons together in intimate, loving unity, the penis is commonly figured as a weapon. The penis-sword metaphor is “common to virtually all cultures.”[1] In ancient Greece and in the Roman Empire, weapons evoked not social concern for vastly gender-disproportionate violence against men, but the sense of men’s penises:


the frequency of ad hoc metaphors both in Greek and Latin shows that the sexual symbolism of weapons was instantly recognisable in ancient society. [2]

Read more »
Posted by Angelo Agathangelou at 1:47 pm No comments:

Texas: She Didn’t Sign The Support Apartheid “Israel Oath,” So She Got Fired

Bahia Amawi says Austin school district violated her First Amendment rights when it withdrew job contract over her refusal to sign pro-Israel pledge
A children’s speech pathologist refuses to sign a will-not-boycott-Israel oath: she loses her job, an unknown number of children lose her advocacy. She notes how outlandish it is that she is not required to uphold the interests of the United States, or Texas, or children, but a foreign country.
As The Intercept has repeatedly documented, the most frequent victims of official campus censorship are not conservative polemicists but pro-Palestinian activists, and the greatest and most severe threat posed to free speech throughout the west is aimed at apartheid Jewish Israel critics.

Read more »
Posted by Angelo Agathangelou at 9:41 am No comments:

johntheother: Public Praise for an obviously grovelling toadie :In a recent interview, Idris Elba made us swoon even more than usual with his take on #MeToo https://www.scarymommy.com/idris-elba...
Posted by Angelo Agathangelou at 5:54 am No comments:

He bet millions on Trump
and now his every wish is fulfilled
at the expense of Middle East peace. 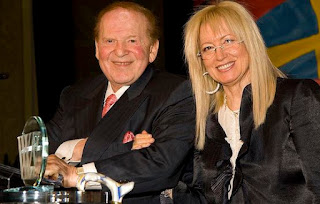 By TAC: A bet on Donald Trump for president may have seemed risky two years ago. But for billionaire casino magnate Sheldon Adelson, the payout has been spectacular.
The 85-year-old and his wife Miriam gave $82 million to Republicans and candidate Trump in 2016, and within two years watched their man execute two major Adelson asks: moving the U.S. embassy in Israel to Jerusalem, and withdrawing from the Iran nuclear deal.
This was accomplished in consultation with Adelson comprador John Bolton, who in December 2016 promised members of the American Friends of Beit El that Trump would not only move the embassy—declaring Jerusalem the true capital of Israel—but that he would not oppose any Jewish settlement expansion in the West Bank territories. Adelson is also credited with opening the door for Bolton’s appointment to national security adviser in March.

The Court Of The NPCs

Read more »
Posted by Angelo Agathangelou at 1:11 am No comments: