Israeli soldiers arrest a five-year-old boy
in the Palestinian city of Hebron, July 2013. (Video below)
An international group created 20 years ago to monitor the situation in the West Bank city of Hebron has issued a confidential report based on over 40,000 incident reports that shows a consistent pattern of the Israeli forces violating human rights and international law. See two reports below and videos of Hebron:
By IMEMC reports: The international observational organization, Temporary International Presence in Hebron (TIPH), has compiled the situation of Hebron city, over the last 20 years, into a single, significant and damning report.
According to an anonymous source who has read the report, speaking to Haaretz newspaper, the report revealed that Israel has been in severe and regular breach of a number of international and internal laws that they once vowed to uphold.

"They've broken the process of leaving down to a false binary where leaving is associated with this awful deal of Theresa May and rejecting it means remaining, ...which is what they wanted in the first place."
Read more »
Posted by Angelo Agathangelou at 7:51 pm No comments: Links to this post 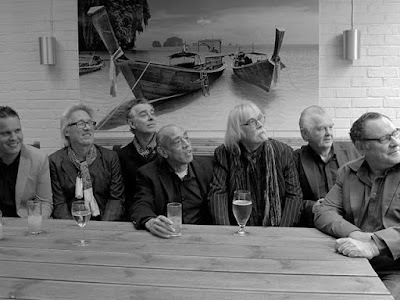 By ex-Jew Gilad Atzmon: The Blockheads were approached yesterday by the Jewish News newspaper in regard to the recent outrageous Islington Council’s decision to ban me from playing with the band this Friday because one right wing pro Israeli campaigner threatened that he may give his ticket away if I am on stage.
Following is Mick Gallagher’s statement for and on behalf of THE BLOCKHEADS:
“The Blockheads have performed over 1000 shows with Gilad and have NEVER been a threat to
anyone.......WE ARE ENTERTAINERS!”

The Blockheads are outraged at the ruling by Islington Council to ban
Gilad Atzmon from appearing with the band on 21st December at Islington
Assembly Hall.
We were contacted by our agent last Tuesday who told us that Islington
Council would cancel the show if we insisted on Gilad playing with the
band.
Read more »
Posted by Angelo Agathangelou at 3:04 pm No comments: Links to this post

UK Puts 3,500 Troops On Standby, Reserves Space For 'Emergency Supplies' As May Ramps Up 'No Deal' Planning

By Tyler Durden: "Just because you put on a seat belt, doesn't mean you have to crash the car."
That's the metaphor offered by Cabinet Secretary of State for Work and Pensions (and prominent remainer) Amber Rudd during Tuesday's cabinet meeting, where Theresa May and her senior ministers decided to pull out all of the "Project Fear" stops to try to browbeat MPs into accepting that they have three choices: Either they pass May's deal, opt for a no deal Brexit, or scrap the whole thing (which May, according to May, isn't really an option, though Parliament does have the legal authority to disregard the will of the people and unilaterally decide what's best for the UK).
And if their intention was to spook both the markets and the British people, May and her cabinet likely succeeded. Because as part of their Brexit planning, May and her ministers are calling for the reservation of ferry space for emergency supplies of food and medicine, as well as putting 3,500 armed soldiers on standby to prevent "any disruptions" when all hell breaks loose, according to the Guardian.
Much to May's chagrin, 'No Deal' has become Whitehall's "central planning assumption.'

Read more »
Posted by Angelo Agathangelou at 11:33 am No comments: Links to this post

A Young Person’s Guide To The Failure Of Feminism

'Young people are the chief victims of feminism. You need to carry on asking questions, researching feminism and the history which lies behind it. We need you to be brave and rebellious and to challenge the systems and beliefs which you have been taught in your schools and maybe your families. Because no less than the survival of Western civilisation depends on your doing so.'

By Belinda Brown: A young woman, a sixth former, wrote to TCW asking what our main reasons are for opposing feminism. After pondering a smorgasbord of possibilities, I settled on the fallacious nature of feminism’s foundational myths. No good can come of an ideology built on lies.
The first fallacy is that there are no real differences between women and men in aptitude, interests, psychology nor motivation. Differences are socially and culturally constructed out of superficial physiological differences. This belief justifies endless measures to ensure that women are equally represented in every single area of desirable status or work.
The trouble is that while men and women are much more similar than different, there are differences. These differences matter, they shape who we are as men and women in significant ways.

Read more »
Posted by Angelo Agathangelou at 9:35 am No comments: Links to this post

By ex-Jew Gilad Atzmon: Islington Council has decided to prevent me from performing with the Blockheads at our annual London Christmas concert on 21 December. This ludicrous decision by the Council was in response to pressure from a single pro-apartheid-Israel campaigner who said he would not attend the concert if I were on stage. 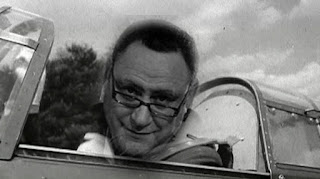 The Blockheads have twice written to the Council demanding its decision be reversed. I have played with the Blockheads for 25 years, we’ve performed more than a thousand concerts, including at least two in Islington, without incident. I appealed to the Council to reconsider, submitting two detailed letters that countered each claim made against me. In return the council shifted its claimed rationale for banning me and answered my appeals with a blitz of misquotes from my work and claims about me that were at best insulting and at worst slanderous, all of which were suspiciously similar to Zionist sources.
Of course, I have never uttered nor been charged with hate speech. Despite my spotless record, the Council decided to ban me, in defiance of my free speech rights and interfering with my obligation to earn a living.

'As the provocations grow in their outrageousness and transparency, the failure of the Russian and Chinese governments to put down a firm foot results in war, not peace.' 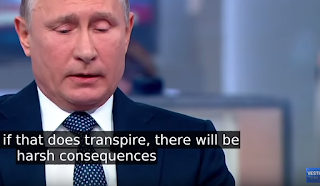 By Dr. Paul Craig Roberts: Is Russia learning that Washington wants no deal with Russia except Russian vassalage and that relying on agreements with the West is delusional? There is some indication that Russia is learning, but it seems to be a slow process.
Russia Insider reports that the Russian government has told Israel that Israeli strikes inside Syria are no longer acceptable. https://russia-insider.com/en/russia-greenlights-retaliatory-syrian-attacks-israeli-targets-report/ri25684
Russia Insider also reports that when asked about Kiev using Russian focus on the World Cup to attack the Donetsk and Luhansk republics, Putin answered: “if that does transpire, there will be harsh consequences for Ukraine’s sovereignty in general.” https://russia-insider.com/en/politics/what-if-kiev-attacks-during-world-cup-putin-theyll-rue-day-video/ri23722
These are reassuring statements that Putin has learned that turning the other cheek to Washington and Israel does not lead to diplomatic solutions but to further provocations.