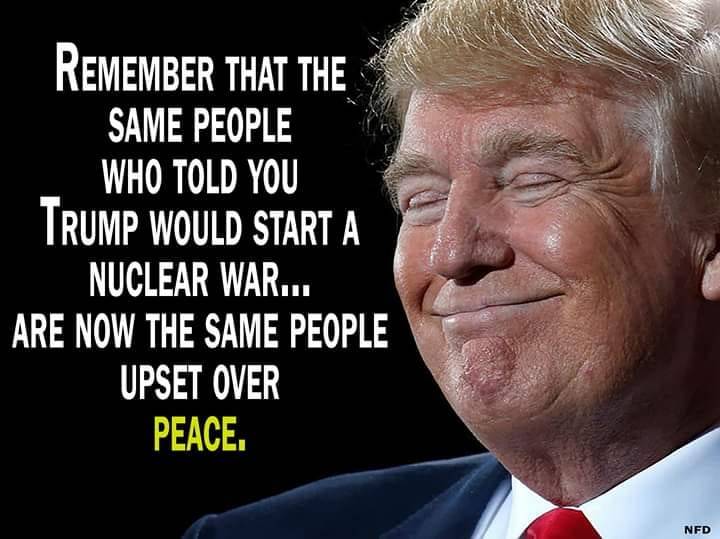 By Neil Clark: The announcement by President Trump that US troops would be leaving Syria has been met with anger not just by neo-con-artists, but by Hollywood ‘feminist SJW's’ too. Aren’t progressives supposed to oppose wars and illegal occupations?
Of course, we have to be cautious. Trump’s announcement of a troop withdrawal from Syria, for now at least, is just words. We need to see evidence of soldiers leaving before we start to celebrate. We need to read the small print with a large Sherlock Holmes-style magnifying glass.
Even so, it’s a positive development as it marks a further winding down of the conflict. Some though don’t see it that way.
We knew neocons would be upset by the news. They want the US to be in Syria forever. We knew Britain and France – who have invested so much in trying to bring down the Assad government – wouldn’t be happy either. But it’s the reaction of Hollywood liberals which is the interesting thing.
I’m old enough to remember when liberals hummed Pete Seeger songs and marched against wars and illegal occupations of global south countries. When they denounced imperialism and the racist attitudes which underpinned it.

"The Bubble Will Be Popped With The Collapse Of Deutsche Bank"

No holds barred look at the shocking scandals behind the global financial headlines. From the collusion between Wall Street and Capitol Hill to the latest bankstering crime wave, from bogus government economic statistics to rigged stock markets.
Posted by Angelo Agathangelou at 5:05 pm No comments: Links to this post

US Withdrawal From Syria?

'The Pentagon declared that the part of Syria still in ISIS’s hands was under US protection and was not to be attacked
by Syria and its allies.'

By Dr. Paul Craig Roberts: According to various news reports, the validity of which is always questionable, US President Donald Trump has ordered the withdrawal of all US troops from the portion of Syria illegally occupied by US troops.
https://www.zerohedge.com/news/2018-12-19/drastic-reversal-us-prepares-full-withdrawal-forces-syria-immediately
This report is surprising as only a few days ago the US Department of Defense declared that any Syrian, Russian, or Iranian action against ISIS in the part of Syria occupied by US troops was “unaccptable.” https://www.rt.com/news/446328-pentagon-syria-turkey-military/
In other words, the Pentagon declared that the part of Syria still in ISIS’s hands was under US protection and was not to be attacked by Syria and its allies.
The question before us: Is Trump’s reported order of withdrawal going to happen?
It is too soon to say. As I write no support for Trump’s withdrawal order has been reported in the media. Even the official statement by the White House’s own spokesperson, Sarah Sanders, is unclear: “We have started returning United States troops home as we transition to the next phase of this campaign.”

Read more »
Posted by Angelo Agathangelou at 2:31 pm No comments: Links to this post

Bezos [Jeffrey Preston Jorgensen] poised
to become knower of all things,
with strategic moves to collect info on individuals inside and out...

Authored by Sarah Cowgill:  “We know that no one ever seizes power with the intention of relinquishing it,” came a warning from George Orwell’s novel, 1984, that is rapidly, wickedly, becoming prophecy with new Amazon eye-in-the-sky technology and a dark and disturbing twist. The American Civil Liberties Union (ACLU) is poking that eye with a sharp stick.
And Jeff Bezos is not feeling the love.
In what appears to be Bezos’s latest strategic move in the quest to replace God as knower of all things is a hybrid monster of facial recognition software and a doorbell camera widget manufactured by Ring, a company that Amazon bought earlier this year.
In a gross assault on the right to privacy, a patent filed months ago essentially describes a product that captures information on people who as much as walk past a doorbell, sending real-time information to police databases.

Read more »
Posted by Angelo Agathangelou at 11:48 am No comments: Links to this post

Why So Many Women Are Rolling Solo + Whine And Dine: Soypocalypse Now

Terrence Popp: There's a writer out there who thinks it's all the fault of men that so many "smart and attractive women are rolling solo." Wrong.

A History Lesson On The Legitimacy Of Resistance

International law states that
resistance is not terrorism.
Before the birth of modern Israel, Zionist groups – newly arrived in Palestine – engaged in armed struggle against the British military, whom they labelled as “occupiers.” But now that the tables have turned (and the UN has enshrined the right of armed struggle as a vehicle of indigenous liberation) the Israeli occupation refuses to recognize the Palestinian resistance as legitimate.

Israeli military lives lost, while tragic, are sacrifices made willingly by the occupier who is fully aware that the resistance is ongoing.
Palestinians’ struggle for self-determination is a difficult, costly march; yet history teaches there is simply no other choice. Silence is surrender. To be silent is to betray all those who have come before and all those yet to follow.

By Stanley L Cohen: Long ago, it was settled that resistance and even armed struggle against a colonial occupation force is not just recognised under international law but specifically endorsed.
Read more »
Posted by Angelo Agathangelou at 6:53 am No comments: Links to this post

The Psychological Warfare Behind Economic Collapse

“The greatest trick the devil ever pulled was to convince the world he didn’t exist...”
Authored by Brandon Smith: The concept of using the economy as a weapon is not an alien one to most people. Generally, we understand the nature of feudalism and how various groups can be herded onto centralized plantations to be exploited for their labor. Some people see this as a consequence of “capitalism,” and others see it as an extension of socialism/communism. Sadly, many people wrongly assume that one is a solution to the other - meaning they think that crony capitalism is a solution to communist centralization or that communism is a solution to the corruption of crony capitalism. The reality is that this is just another false paradigm.
What is most disturbing is that the majority of the public have no grasp whatsoever of the true solution to the problem of corrupt or totalitarian economies: free markets.
Free markets have not existed within the global economy on a large scale for at least the past 100 years. The rise of central banking has eroded all vestiges of freedom in production and trade.

Read more »
Posted by Angelo Agathangelou at 4:39 am No comments: Links to this post

#MeToo Is Causing The Death Of Company Holiday Parties

By Tyler Durden: In many U.S. offices, employers and employees are getting ready to celebrate the end of a long work year by throwing a holiday party. Some party animals may be disappointed to hear that 2018 will see the fewest planned holiday parties in nearly a decade. As Statista's Niall McCarthy notes, a new poll conducted by Challenger, Gray & Christmas, Inc. has found that 65 percent of companies will hold a holiday party this year, the lowest number since 2009 when it was 62 percent. That of course came amid a backdrop of the recession and tighter budgets.

Read more »
Posted by Angelo Agathangelou at 1:32 am No comments: Links to this post