2018 Snowflake Of The Year - Julia Banks

Independent Man:
MP Julia Banks has my vote for 2018 Snowflake of the Year.
Posted by Angelo Agathangelou at 10:43 pm No comments: Links to this post

Chris Hedges & Seymour Hersh On The Whorehouse Called The US Media 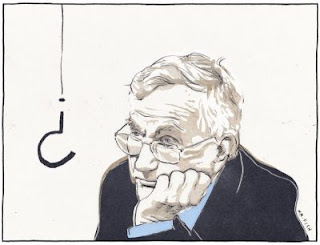 The investigative reporter Seymour Hersh, in his memoir “Reporter,” describes a moment when as a young reporter he overheard a Chicago cop admit to murdering an African-American man. The murdered man had been falsely described by police as a robbery suspect who had been shot while trying to avoid arrest. Hersh frantically called his editor to ask what to do.
“The editor urged me to do nothing,” he writes. “It would be my word versus that of all the cops involved, and all would accuse me of lying. The message was clear: I did not have a story. But of course I did.” He describes himself as “full of despair at my weakness and the weakness of a profession that dealt so easily with compromise and self-censorship.”
Reporters embedded with military units in Iraq and Afghanistan routinely witness atrocities and often war crimes committed by the U.S. military, yet they know that access is dependent on keeping quiet. This collusion between the press and the powerful is a fundamental feature of journalism, one that even someone as courageous as Hersh, at least a few times, was forced to accept. And yet, there comes a time when reporters, at least the good ones, decide to sacrifice their careers to tell the truth. Hersh, relentlessly chronicling the crimes of the late empire, including the widespread use of torture, indiscriminate military strikes on civilian targets and targeted assassinations, has for this reason been virtually blacklisted in the American media.

Max and Stacy discuss the more than seven thousand euros per citizen of the EU created out of thin air by the ECB in its 1371 days of Quantitative Easing. Unless each citizen received the equivalent in asset price gains or cash, they have been robbed through inflation. They look at the conversation Stacy had online with an academic and a central banker about this very inflation. The academic couldn’t see inflation anywhere, whilst the central banker admitted that the point of QE was, indeed, to “cause” asset price inflation – i.e. house prices and stock markets.

LOOK AT ALL THIS MALE PRIVILEGE!

Barbara4u2c
Posted by Angelo Agathangelou at 9:09 am No comments: Links to this post

Authored by Rainer Mausfeld, translated by Terje Maloy: The citizens are disenfranchised and conditioned to be politically apathetic consumers. In recent decades, democracy has been replaced by the illusion of democracy. New forms of organization of power and psychological methods for manipulation of our consciousness protect the powerful against the risks of democratic empowerment and strengthen their position.

Democracy and freedom. Two words that are charged with unheard-of social promises and that can release tremendous energies of change to achieve them. Today, hardly more than a shadow remains of the hopes originally associated with them. What happened? Never before have two words, to which such passionate hopes were attached, been emptied of their original meaning in such a socially far-reaching way. They have been falsified, abused, and turned against those whose thoughts and actions are inspired by them.


Democracy today really means an elected oligarchy of economic and political elites, in which central areas of society, especially the economy, are fundamentally removed from any democratic control and accountability;

Read more »
Posted by Angelo Agathangelou at 6:48 am No comments: Links to this post

RPW
Posted by Angelo Agathangelou at 3:14 am No comments: Links to this post

Hate Speech Without Hate: Britain And The United States 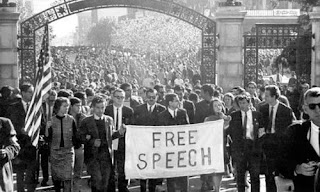 By Eve Mykytin: Gilad Atzmon is fighting a battle for free speech in England. Here’s why it matters in the United States. Atzmon was prohibited by a local council, Islington, made up almost entirely of Labour Party members, from playing the saxophone with his band the Blockheads. The ban followed a complaint from a far right Zionist, who in his own social media posts frequently disparaged and threatened the Labour Party and its leader as anti Semitic.

The complainant submitted a number of quotations from Atzmon taken out of context and cut and pasted for the desired effect. In fact, Atzmon is not an anti Semite, although he is critical of identity politics and particularly of Jewish identity politics (for example, the group Jewish Voices for Peace, why not All Voices for Peace?). The council concluded that Atzmon’s views were “at the lowest provocative and distasteful or at the highest anti-Semitic and racist”.
England has hate speech laws and with that conclusion one might have expected the council to file a complaint. But Atzmon has never been charged or even questioned under such laws.

Read more »
Posted by Angelo Agathangelou at 12:35 am No comments: Links to this post