"Statements by certain people, which portray black
as white and distort facts, are completely pointless
and not worthy of even a rebuttal." 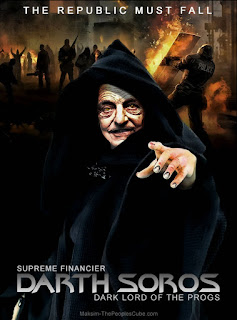 By Tyler Durden: While this year's now-concluded World Economic Forum conference in Davos was mostly a dud and increasingly a joke in financial circles, with Deutsche Bank's Jim Reid going so far as admitting that "we had a DB drinks reception for our clients last night and one said to me that in 11 years of coming here the best advice would be to trade in the opposite direction to the main theme of the conference over the next 12 months", there was one event that boondoggling billionaires were eagerly anticipating: George Soros' annual remarks.
And, as we reported previously, one year after he famously slammed Google and Facebook at Davos 2018, calling them a "menace" and "monopolistic" and predicting it's "only a matter of time before the global dominance of the US IT monopolies is broken," this time Soros took aim at what he believes is an even greater adversary, one which even Donald Trump might agree with: China.
"China is not the only authoritarian regime in the world but it is the wealthiest, strongest and technologically most advanced,” Soros lashed out at Beijing, while taking particular aim at China's president: "This makes Xi Jinping the most dangerous opponent of open societies." 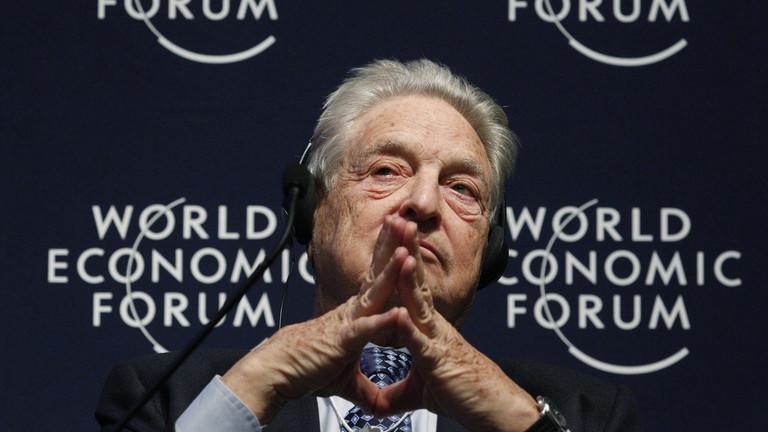 Soros, who also warned that China's increasing use of AI and a social credit system to monitor its citizens (as if the US is any different) could result in the most ruthless yet technologically advanced authoritarian regime in history, proposed a "solution" to eliminating what he sees as China's ills: crash China's economy and market, an approach Soros' critics say he applies to every nation which he finds disagreeable:


The unspoken social contract in China is built on steadily rising living standards. If the decline in the Chinese economy and stock market is severe enough, this social contract may be undermined and even the business community may turn against Xi Jinping. Such a downturn could also sound the death knell of the Belt and Road Initiative, because Xi may run out of resources to continue financing so many loss-making investments

But before the general public rushes to declare that Soros and Trump are now BFFs due to their shared common nemesis, the billionaire democrat donor made it clear that in addition to seeking the replacement of Xi, he would be just as delighted if Trump were also gone, because since "we are in a Cold War that threatens to turn into a hot one" if "Xi and Trump were no longer in power, an opportunity would present itself to develop greater cooperation between the two cyber-superpowers." Cooperation which would only be made possible and dominated by "something similar to the United Nations Treaty that arose out of the Second World War." In other words an organization modeled after Soros' very own Open Society.
Yet while Soros' aggressive 3295-word attack on China took many by surprise, what was just as notable was China's response to Soros' scathing criticism: there was none.
In fact, China made it quite clear that in its opinion, Soros is no longer relevant saying that "statements by certain people, which portray black as white and distort facts, are completely pointless and not worthy of even a rebuttal."
Of course, the best way for Beijing to respond to Soros' damning insinuations and accusations is merely to ignore them, while implicitly stating that Soros is not only senile but ideologically motivated and "distorting the facts", in short: not even worthy of a rebuttal.
That said, Soros took aim not only at China, but also Russia, saying "I’ve been concentrating on China, but open societies have many more enemies, Putin’s Russia foremost among them." And unlike China, Russia's response to Soros' remarks was somewhat more explicit, with Russia's Minister for Economic Development Maksim Oreshkin saying that "Washington should focus on actually fixing its domestic problems instead of searching for external enemies to blame them on."
According to Oreshkin, the US should stop trying to blame the troubles of “open societies” on someone else, but look for the root of its problems at home.
“Look at what is happening in America. Over the past 30 years real income of the middle class and below haven't grown almost at all. The expenses for healthcare and education have risen trifold, even taking inflation in account,” Oreshkin told RT during a press conference in Davos. “Naturally, it has led to the growth of dissent in America, becoming one of the factors in Donald Trump, with all his peculiar rhetoric, becoming the president.”
The Russian then hit the bullseye: "the problems are within the US. An external enemy, which impedes them and causes all the trouble in the US – whether Russia or China – is just substitution of concepts."
The official warned that such an approach – expressed by Soros and other figures of the US elite – sows nothing but confrontation, which ultimately harms the US itself end impedes economic growth worldwide.
"Until every country realizes that the problems exist, above all, in themselves and not in some external forces, such mindset will persist and we'll continue to hear such statements,” Oreshkin added, yet we are confident that anyone who relayed his important message would be dubbed a Kremlin agent and branded fake news.
Source
Posted by Angelo Agathangelou at 8:25 am