Why Is ‘Cultural Marxism’ So Offensive? 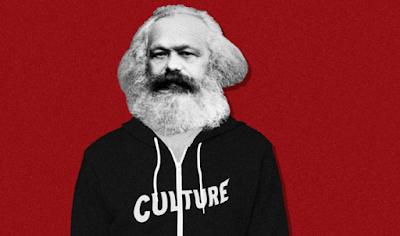 By ex-Jew Gilad Atzmon: Earlier this week former Brexit minister Suella Braverman referred to ‘Cultural Marxism’ in a speech. All hell broke loose immediately. The former minister was attacked by the usual Jewish and Zionist pressure groups, ranging from The Board of Deputies (BOD) to Hope not Hate to the usual compromised Labour politicians.  However, unlike our caricature of an opposition leader who grovels on demand, Mrs Braverman kept her dignity intact. She didn’t see any point to retract, apologise or promise not to repeat the phrase as the BOD demanded.
One may wonder why ‘Cultural Marxism’ is so offensive to some?
Because ‘Cultural Marxism’ is obviously truthful and precise in its capacity to encapsulate a crucial and disastrous transition in the evolvement of 20th century Left thinking.
As opposed to traditional Marxism that theorizes over the necessary condition toward social change by means of class struggle, ‘Cultural Marxism’ aims to introduce a change by cultural shift. At a certain stage some (neo) marxists and socialists were clever and honest enough to accept that the revolution wasn’t going to happen. The working class couldn’t be bothered and even if they could, they were too busy attending their jobs. The revolution had to be facilitated by different means.

Antonio Gramsci, probably the father figure of cultural Marxist thought, contended that bourgeois hegemony was reproduced in cultural life through the media, academia and religious institutions to ‘manufacture consent’ and legitimacy. The proletarian struggle for control of the means of production, according to Gramsci, could only succeed once an alternative culture replaces the bourgeois cultural hegemony. For Gramsci it was a ‘counter-hegemonic’ struggle – advancing alternatives to dominant ideas of what is normal and legitimate.
Gramsci didn’t see his desired cultural shift materialising. He died prematurely, jailed in Mussolini’s Italy. However, Gramsci’s ideas were adopted and developed by a list of thinkers including Wilhelm Reich and the Frankfurt School’s leading icons: Theodor Adorno, Herbert Marcuse, Max Horkheimer, Erich Fromm and others. As it seems, these thinkers who have had a tremendous impact on contemporary Left and progressive thinking have something in common: they were Jews of Germanic origin.
By now the picture starts to become clear. The contemporary Left is dominated by a Jewish-influenced school of thought that preaches a constant struggle against hegemonic discourses such as traditional family values, the church, the male, the ‘white’ and so on. This school of thought also advocates against elementary liberties such as freedom of speech, evidenced by the popularity of no-platforming. It is hardly a secret that the above school of thought is a complete dismissal of every conservative value and Mrs Braverman was both astute and correct in calling a spade a spade: “as Conservatives, we are engaged in a battle against cultural Marxism…”

Mrs Braverman was accused of ‘anti-Semitism,’ despite the fact that she didn’t refer to Jews. By their unwitty actions, once again, Jewish pressure groups actually admitted that ‘Cultural Marxism is indeed a Jewish-influenced school of thought, otherwise it is impossible to conceive what was anti-Semitic in Braverman’s statement.  Braverman was also blamed for repeating a ‘phrase used by mass murderer Anders Breivik,” as if referring to a term used by a mass murderer is an approval of a murderous act.

I guess that this is the right point to introduce a twist into this entire saga. It is crucial to mention that the right-wing thinkers who popularised the usage of ‘Cultural Marxism’ were actually Jewish and even ultra-Zionists. The first amongst them is Andrew Breitbart, who was dedicated to the exposing of the Neo-Marxist menace.  Not far behind him in his attack is the horrid right wing ultra-Zionist David Horowitz. It is not exactly a secret that in his manifesto Breivik refers to David Horowitz’s Freedom Centre. For those who fail to remember, Breivik also quoted Jewish writer Melanie Philips’ criticism of Neo Marxist’s attitude to immigration:   "It (immigration) was a politically motivated attempt by ministers to transform the fundamental make-up and identity of this country (Britain). It was done to destroy the right of the British people to live in a society defined by a common history, religion, law, language and traditions." (Melanie Phillips, as quoted by mass murderer, Anders Breivik, in his manifesto).


Andrew Breitbart is the man who popularised the phrase ‘cultural marxism.’
I didn’t see Jewish pressure groups, the BOD, Hope not Hate or Labour MPs trying to silence Andrew Breitbart, David Horowitz or Melanie Philips. I guess that Jews and Zionists controlling the opposition and criticising Cultural Marxism must be a kosher adventure.
In Being in Time I argue that it isn’t totally surprising that Jews often dominate the dissent to Jewish cultural and ideological symptoms.  If choseness, for instance, is a Jewish political/cultural symptom, it may as well be possible that self-hatred and even universalism are just metaphysical antibodies. If Cultural Marxism is a Jewish-influenced school of thought, it shouldn’t take us by complete surprise that it is also Jewish writers such as Horowitz, Philips and Breitbart who bring the anti antidotes to light.

Posted by Angelo Agathangelou at 3:40 pm