U.S. war hawks are targeting Iran because Jewish Israel wants them to… Iran is the only regional power impeding Israel’s actions against Palestinians… While Israel has numerous nuclear weapons, Iran is not supposed to acquire them... 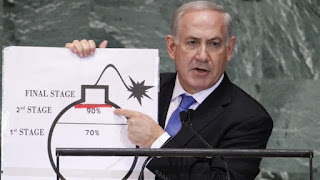 Stephen J. Sniegoski, Ph.D. earned his doctorate in American history, with a focus on American foreign policy, at the University of Maryland. He has had articles published in The World & I, Modern Age, Current Concerns, Zeit-Fragen, Telos, The Occidental Quarterly, Arab News, The Last Ditch, and elsewhere on subjects such as communism, political philosophy, World War II, and the American war on Iraq.

Posted by Angelo Agathangelou at 10:09 am