Jews Defrauding The World For A Living

The Jewish Wolves of Tel Aviv 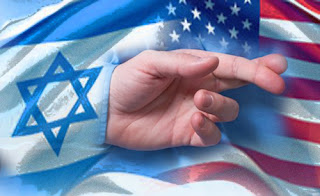 By Eve Mykytyn and ex-Jew Gilad Atzmon: Binary options fraud flourished in Israel for years before the industry was gradually outlawed by the Knesset which first made binary options illegal only for Israeli investors. Finally, in 2017 the Knesset managed to ban the sale of binary options altogether (with a three month grace period). The legislation followed superb  investigative reporting by The Times of Israel that began with a March 2016 article entitled “The Wolves of Tel Aviv.” At its peak, thousands of Jews were employed by hundreds of Jewish Israeli companies engaged in the fraud.

Binary options fraud flourished in Jewish Israel for years before the industry was gradually outlawed by the Knesset which first made binary options illegal only for Jewish investors while it was still OK to con Goyim and Shiksas/Gentiles.

Finally, in 2017 the Knesset managed to ban the sale of binary options altogether (with a three month grace period). The legislation followed superb  investigative reporting by The Times of Israel that began with a March 2016 article entitled “The Wolves of Tel Aviv.” At its peak, thousands of Israelis were employed by hundreds of Jewish companies engaged in the fraud.
Despite the fact that an Jewish Israeli industry was defrauding Americans and Europeans, the American and European press have remained quiet about it. The US media has barely reported on the FBI 's arrest  or the trial of Lee Elbaz, CEO of Yukom Communications Ltd, a Jewish Israeli company accused of defrauding American investors out of millions of dollars. Maybe it is too much for the American MSM to advertise that a state that is pumped with billions of dollars of American taxpayers’ money gives little in return and ran an industry designed to separate Americans from their savings.

Apparently the Hebrew press also ignored the issue. Maybe this is because, after spring 2016, only  non Israelis were being defrauded. Perhaps the Israeli press was intimidated. After breaking the story, The Times of Israel was subjected to a ‘welter of legal and illegal threats’ and intimidation some of which were delivered by Israel’s most prestigious law firms no doubt paid for by the billions scammed.
The Times of Israel once again brought to our attention the trial of Lee Elbaz that is presently before a jury in Maryland.
The Times of Israel reports that In closing arguments on August 1, prosecutor L. Rush Atkinson described Elbaz as someone who lied to investors about their chances of making money and lied about their ability to withdraw money once they had deposited it. If an investor came to understand that he had been duped or wanted his money returned for whatever reason, his money was suddenly unavailable.
A defense attorney said Elbaz did not condone the fraudulent tactics used by employees who worked under her supervision. Federal prosecutors alleged that far from being unaware of the fraud her employees were committing, Elbaz directed her sales agents to lie over the phone in addition to lying herself.
“In her own words, she was ‘a money-making machine.’ She was the center of a devastating fraud,” Atkinson said. “Her workers couldn’t remember a single client who withdrew the money they invested,” he added.
Elbaz’s defense attorney Barry Pollack displayed some pilpul* sophistry suggesting in his closing argument that being a “money-making machine” is not a crime.
Pollack is correct, some would even argue that making money is a mitzvah, yet making money by means of fraud is a crime even when the American press is too embarrassed to report about it.
Pollack argued that Elbaz had drawn that line at a place she thought was proper, based on a ‘legal opinion’ offered by David Bitton, lawyer for Yukom Communications. Bitton had opined that under Israeli law it is not illegal for a business to lie unless that lie is specifically about the product they are selling. Did Bitton affirm that lying for the cause is a kosher procedure, at least in Israel? You can sell products under fake name. You can fake your credential and even invent your past as long as you don’t lie about your  (non existent) product.
Asked by her attorney whether she thought it was wrong to use a fake name when interacting with invzestors, Elbaz replied: “No. I saw a legal opinion that it was allowed and I was asked by the broker to do it and also not to say we are from Israel; some people don’t like it [for anti-Semitic reasons].”
For those with short memories, this is the second time we’ve  learned this month that Jews should be allowed to lie about their identity and even fake their passports because of anti-Semitism. ‘Explaining’ the fake Passport found in Jeffrey Epstein’s house his defense lawyer Marc Fernich wrote: “Some Jewish-Americans were informally advised at the time to carry identification bearing a non-Jewish name when traveling internationally in case of hijacking.”
“Did you know your employees used fake names?” prosecuting attorney Henry Van Dyck asked. “We were asked by our broker not to expose Israeli names, and anti-Semitic-wise we are Jewish, working with people who don’t like it.”
“Some names are difficult to pronounce,” she added, offering this as another reason that employees used what she referred to as stage names.
“Why did Austin Smith need a fake name?” asked Van Dyck. “What about Oren Montgomery?”
“It’s hard to pronounce,” she replied.
“Harder to pronounce than Bill Shneizer?” he asked, referring to the pseudonym used by an employee named Oren Montgomery.
Prosecutor Caitlin Cottingham said that far from being harmless lies, the fake names and locations Elbaz and other used were essential to the alleged scheme, and used for a simple reason. “They used fake names because they didn’t want to get caught,” she said.
Or maybe the Israeli employees were asked to hide their Jewish names, not because their clients were potentially ‘anti-Semitic’ but because this entire operation evokes bad memories of the wolves of Wall Street.
* Pilpul - a method of Talmudic disputation among rabbinical scholars regarding the interpretation of notions, actions, rules, principles and  Scriptures.

Posted by Angelo Agathangelou at 10:43 am