"If I Happen To Fall Out Of A Window, You Can Be Sure I Was Pushed"

Hero Edward Snowden talks about how he managed
to mislead the most powerful intelligence
agency in the world, about his life in Russia and
about why the internet must be reinvented.
Book a suite in a luxury hotel in Moscow, send the room number encrypted to a pre-determined mobile number and then wait for a return message indicating a precise time: Meeting Edward Snwoden is pretty much exactly how children imagine the grand game of espionage is played. 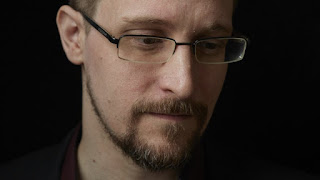 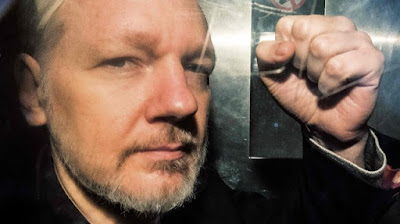 WikiLeaks founder Julian Assange
DER SPIEGEL: You became seriously ill and fell into depression. Have you ever had suicidal thoughts?
Snowden: No! This is important for the record. I am not now, nor have I ever been suicidal. I have a philosophical objection to the idea of suicide, and if I happen to fall out of a window, you can be sure I was pushed.
DER SPIEGEL: When you started gathering the information which would later be known as the Snowden files, you were working in Hawaii for the "Office of Information Sharing." Sounds like a joke.
Snowden: I was the sole employee of this office. I ended up in that chair by accident. After my health scare, I was trying to take it easy, rebuild my relationship, repairing all of that stuff. It gave me the mandate to have access to everything. And by sheer chance, I was collocated between a major Windows systems engineering team. They knew I had experience as a systems administrator and engineer. And they're like: Oh, you can help us out on the side. So I had just ridiculous access. It was incredible access. The NSA never realized how good I would be in that job of sharing information.
DER SPIEGEL: That was in an underground office, right?
Snowden: Yes, it was that in "the tunnel." There is this long road that cuts through the centre of Oahu. And there's just this little parking lot that turns off to the left before a massive air base, which is a closed NSA facility. And from the parking lot you go through a long tunnel into a hill, on which pineapples grow.
DER SPIEGEL: How did you smuggle the files out of this complex?
Snowden: There's a limit to what details I can go into because I might one day be in court. Not that it really matters because if I'm ever inside a courtroom, I'll spend the rest of my life in prison.
DER SPIEGEL: You write that you sometimes smuggled SD memory cards inside a Rubik's cube.
Snowden: The most important part of the Rubik's cube was actually not as a concealment device, but a distraction device. I had to get things out of that building many times. I really gave Rubik's cubes to everyone in my office as gifts and guards saw me coming and going with this Rubik's cube all the time. So I was the Rubik's cube guy. And when I came out of the tunnel with my contraband and saw one of the bored guards, I sometimes tossed the cube to him. He's like, "Oh, man, I had one of these things when I was a kid, but you know, I could never solve it. So I just pulled the stickers off." That was exactly what I had done -- but for different reasons.
DER SPIEGEL: You even put the SD cards into your mouth.
Snowden: When you're doing this for the first time, you're just going down the hallway and trying not to shake. And then, as you do it more times, you realize that it works. You realize that a metal detector won't detect an SD card because it has less metal in it than the brackets on your jeans.
DER SPIEGEL: You've read indictments against former whistleblowers to learn from their mistakes. What did you discover?
Snowden: It was to try to determine where the points of maximum danger were, where arrests are made, where and how searches are executed. I thought it was going to be man traps, where they can just lock you in there or at the exit of the tunnel. Then one night, I'm actually driving out of the parking lot, and there's an NSA police vehicle behind me. So I'm just like: Oh my God, drive carefully! But they were just leaving for the end of their day and didn't bother me.
DER SPIEGEL: How did you cope with the prospect of being treated like a traitor?
Snowden: You have to have a confidence that you're doing what you're doing for the right reasons. It's not enough to believe in something. If you actually want things to change, you have to be able to take a risk.
DER SPIEGEL: What did you do on your last day in Hawaii before you fled to Hong Kong to meet with journalists?
Snowden: It was basically all business and sadness and trying to come to terms with how not to make a mistake. Writing a note for Lindsay ...
DER SPIEGEL: ... who was your girlfriend at the time, and is now your wife. What kind of note?
Snowden: Just to say that I have to go away for work because I couldn't tell her what I was doing.

Posted by Angelo Agathangelou at 7:15 am