vanessa beeley: Christmas and New Year celebrations and what they meant for the Syrian people after 8 years of a proxy war being waged against them by NATO member states, financed by the Gulf states and supported by the Jewish state Israel and Turkey.

Read more »
Posted by Angelo Agathangelou at 7:17 pm No comments: Links to this post 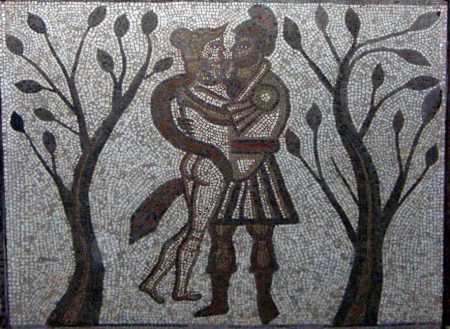 By Author Douglas Galbi: “Love is war” is a romantic cliché. That cliché is firmly rooted in literary works spanning millennia. If non-human primates could speak to humans, they could tell us that we aren’t rational in believing that love is war. While we lack that moral instruction, classical literature can help us to overcome our perversity in believing that love is war. Ausonius’s Wedding Cento {Cento nuptialis} and Proba’s Virgilian Cento Concerning the Glory of Christ {Cento Vergilianus de laudibus Christi} challenge in different ways prevalent sexual representations that support weaponizing and brutalizing men’s sexuality. Literary works commonly depict sexual intercourse as combat. The generous Photis invited Lucius to engage in combat with her in Apuleius’s Metamorphoses, probably written about 1900 years ago. Latin poetry from fifteenth-century Italy likewise figures sexual intercourse:


And lest clothing bother us,
let combat be waged with naked bodies,
naked chests and naked breasts,

Dr. Shawn T. Smith: The American Psychological Association has released guidelines for working with men and boys. Don’t be fooled by the packaging. They are armed combatants in the war of ideas, and they’ve set their sites on masculinity.
Posted by Angelo Agathangelou at 2:31 pm No comments: Links to this post

The US Empire Is Expanding + Trump's Syria Deception

"I'm gonna bomb the shit out of them!"
Empire Files: Abby Martin debunks the notion that Trump is an anti-interventionist president, outlining his first two years of aggressive foreign policy that has expanded US wars and occupations. From the biggest military budget in history, to removing its restrictions to “bomb the hell out of” Iraq and Syria, to ramping-up brutal economic sanctions, to becoming America's 'Arms Salesman-In-Chief.'

By Tyler Durden: In a dangerous moment of escalating rhetoric between two global powers, Russia has slammed recent British defense statements suggesting the UK is seeking to establish new military bases in the Caribbean and southeast Asia. 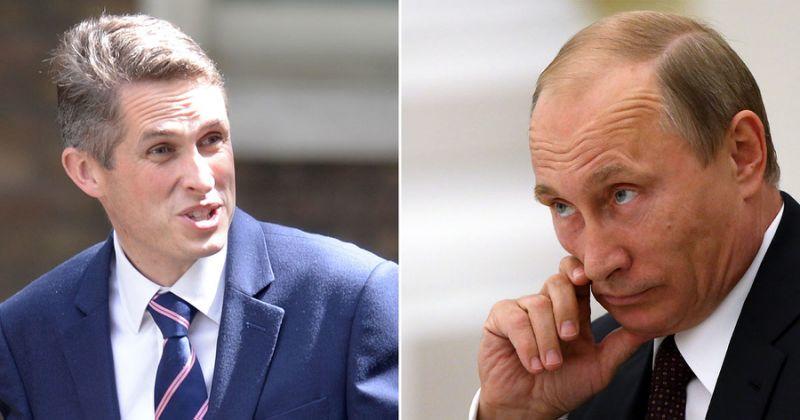 On Friday the Russian foreign ministry called prior statements regarding post-Brexit military expansion by UK defense secretary Gavin Williamson "of a counter-productive, destabilizing and frequently provocative nature" and said should such plans proceed, Russia could "take appropriate retaliatory measures." The veiled threat could mark the beginning of a "new Cold War" arms and base-race between Moscow and the West, given that it signals Russia's willingness to respond to any UK bases reestablished in former British empire locations with its own aggressive revitalization of old Soviet bases.
"The pronouncements by the UK defense secretary in favor of further militarizing the British policy cause at least bewilderment," Russian Foreign Ministry spokeswoman Maria Zakharova said, according to state-run TASS.
The statements were aimed specifically at Defence Secretary Williamson's remarks to the Sunday Telegraph last month,

"For the second time in my life I have to run away from Israel! Britain has become an extended Jewish state!"
By ex-Jew Gilad Atzmon: I toured California last week. Following is my talk at the Monterey Peace and Justice Center, presented by the Women's International League for Peace and Freedom. I elaborated on my ‘most controversial ideas’: The J-Word, the Post political, the meaning of history and Athens vs. Jerusalem. The talk was introduced by Barbara Honegger. It was followed by a Q&A session.

Posted by Angelo Agathangelou at 5:21 am No comments: Links to this post

Angela Davis Speaks Out On Palestine, BDS & More After Civil Rights Award Is Revoked Thanks To Genocidal Jews


Legendary activist and scholar Angela Davis speaks out after the Birmingham Civil Rights Institute rescinded a human rights award for her, reportedly due to her activism for Palestinian rights. In September, the institute announced that it would award Davis the Fred L. Shuttlesworth Human Rights Award, named after the civil rights icon. But last Friday, the institute voted to withdraw the award and cancel this year’s gala event. The institute rescinded the award days after the Birmingham Holocaust Education Center sent a letter urging the board to reconsider honoring Davis due to her support of the Boycott, Divestment and Sanctions.
Read more »
Posted by Angelo Agathangelou at 2:27 am No comments: Links to this post