Bibi 'The Baby Butcher of Gaza' Netanyahu has described Africans as worse than terrorists.
David Sheen: The year 2018 was one of the most critical for African refugees in the Jewish apartheid state Israel. Under threat of imminent deportation, the community and their local supporters took to the streets, pleading for their rights to be recognized.
The mass deportations did not materialize. 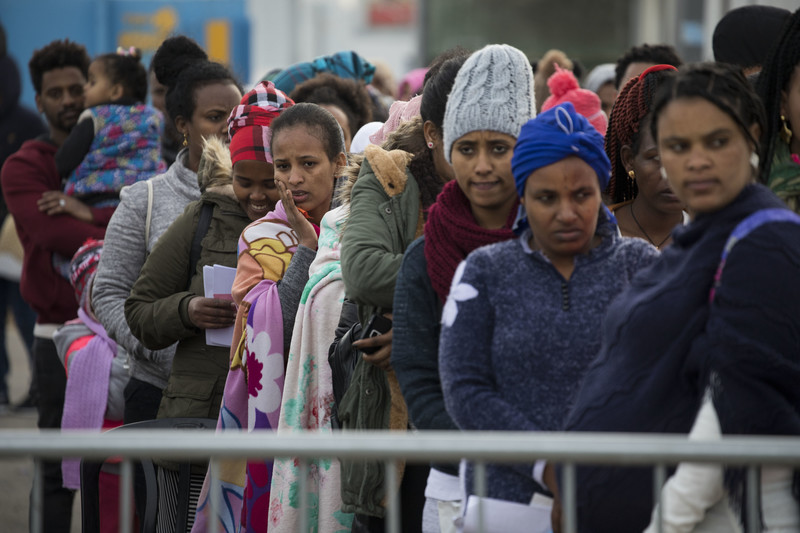 Refugees from Sudan and Eritrea queue at the Israeli interior ministry in order to renew their visas or submit asylum requests in the early hours of 4 February. Oren Ziv ActiveStills
First, it became clear that African governments were unwilling to accept refugees who had been forced out of Israel. That prompted Benjamin Netanyahu, the Israeli prime minister, to reach a deal with the United Nations aimed at dumping the African refugees in the West.

A Convenient Killing Of US Troops In Syria

...the key question arises: who stands to benefit from the killing of the American troops? The scale of the attack suggests it was carried out with a sharp political message intended for Trump." 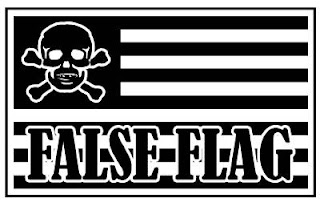 Authored by Finian Cunningha: With unseemly haste, US news media leapt on the killing of four American military personnel in Syria as a way to undermine President Donald Trump’s plan to withdraw troops from that country.
The deadly attack in the northern city of Manbij, on the west bank of the Euphrates River, was reported to have been carried out by a suicide bomber. The Islamic State (ISIS) terror group reportedly claimed responsibility, but the group routinely makes such claims which often turn out to be false.
The American military personnel were said to be on a routine patrol of Manbij where US forces have been backing Kurdish militants in a purported campaign against ISIS and other terror groups.
An explosion at a restaurant resulted in two US troops and two Pentagon civilian officials being killed, along with more than a dozen other victims. Three other US military persons were among those injured.

'I saw the brotherhood of men and masculinity, around the world - white, black, gay, straight, Asian and Caucasian (Australia, India, England, Canada, US, Cyprus) - rising in support of each other.' 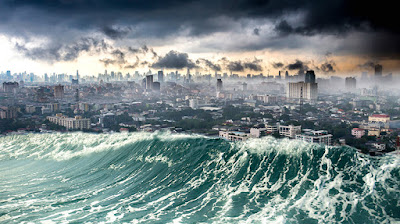 By A. Man: Just after Christmas, 2004, the Sumatra–Andaman earthquake struck off the coast of Indonesia. Of the videos of that day, the one that stills me into quiescence is the one of people walking on an empty beach, marveling at the tranquility of a subsea surface never before seen.  They had no idea what was coming.
I have often wondered what that must have been like for them—so few survived. For just moments later, the ocean returned with a ferocious carnage, roaring with a toxic indifference, wiping them from the face of the earth.

Read more »
Posted by Angelo Agathangelou at 5:53 pm No comments: Links to this post

Varoufakis: Run Down The Brexit Clock 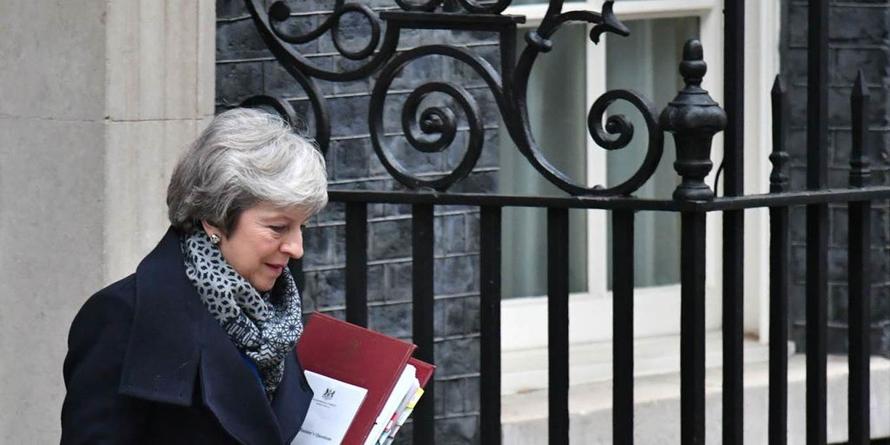 Authored by Yanis Varoufakis: The terrifying prospect of a no-deal Brexit on March 29 remains in play after the British Parliament emphatically rejected Prime Minister Theresa May’s withdrawal agreement with the EU. Although it is tempting to reset the clock and give negotiations more time, that instinct must be resisted.
The overwhelming defeat that Britain’s Parliament inflicted upon Prime Minister Theresa May’s Brexit plan was fresh confirmation that there is no substitute for democracy. Members of Parliament deserve congratulations for keeping their cool in the face of a made-up deadline. That deadline is the reason why Brexit is proving so hard and potentially so damaging. To resolve Brexit, that artificial deadline must be removed altogether, not merely re-set.
Leaving the European Union is painful by design. The process any member state must follow to exit the EU is governed by Article 50 of the bloc’s Lisbon Treaty, which, ironically, was authored by a British diplomat keen to deter exits from the EU. That is why Article 50 sets a two-year negotiation period ending with an ominous deadline: If negotiations have not produced a divorce agreement within the prescribed period – March 29, 2019, in Britain’s case – the member state suddenly finds itself outside the EU, facing disproportionate hardships overnight.

Read more »
Posted by Angelo Agathangelou at 1:11 pm No comments: Links to this post

The US National Security Agency Is A Criminal Organization 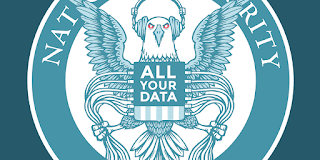 By Dr. Paul Craig Roberts: Years before Edward Snowden provided documented proof that the National Security Agency was really a national insecurity agency as it was violating law and the US Constitution and spying indiscriminately on American citizens, William Binney, who designed and developed the NSA spy program revealed the illegal and unconstitutional spying.
Binney turned whistleblower, because NSA was using the program to spy on Americans. As Binney was well known to the US Congress, he did not think he needed any NSA document to make his case. But what he found out was “Congress would never hear me because then they’d lose plausible deniability. That was really their key. They needed to have plausible deniability so they can continue this massive spying program because it gave them power over everybody in the world. Even the members of Congress had power against others [in Congress]; they had power on judges on the Supreme Court, the federal judges, all of them. That’s why they’re so afraid. Everybody’s afraid because all this data that’s about them, the central agencies — the intelligence agencies — they have it. And that’s why Senator Schumer warned President Trump earlier, a few months ago, that he shouldn’t attack the intelligence community because they’ve got six ways to Sunday to come at you. That’s because it’s like J. Edgar Hoover on super steroids. . . . it’s leverage against every member of parliament and every government in the world.”

Read more »
Posted by Angelo Agathangelou at 6:42 am No comments: Links to this post

Modern Monetary Theory ~ Or, How I Learned To Stop Worrying & Love The National Debt 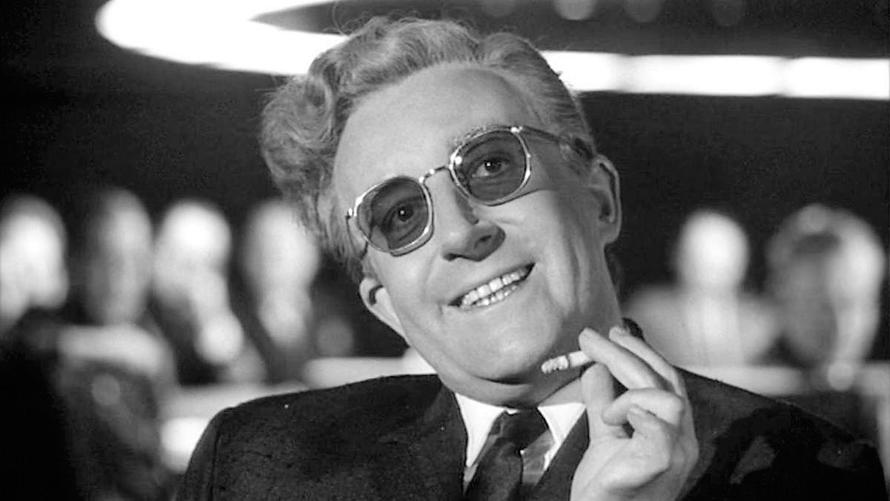 Authored by Ben Hunt: There’s a wonderful scene in Stanley Kubrick’s 1964 masterpiece, Dr. Strangelove or: How I Learned to Stop Worrying and Love the Bomb, where the assorted generals and politicians in the War Room are wrestling with the reality their policies have created – mutually assured destruction gone awry, where now everyone will be assuredly destroyed.
Dr. Strangelove pipes up to describe a theory of survival in the face of such a depressing reality, where the most genetically fit humans (along with their political and military leaders, of course) go underground into a giant mine shaft to wait out the apocalypse and then repopulate the Earth.


General “Buck” Turgidson: Doctor, you mentioned the ratio of ten women to each man. Now, wouldn’t that necessitate the abandonment of the so-called monogamous sexual relationship, I mean, as far as men were concerned?
Dr. Strangelove: Regrettably, yes. But it is, you know, a sacrifice required for the future of the human race.

Read more »
Posted by Angelo Agathangelou at 2:42 am No comments: Links to this post