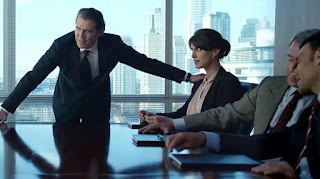 By Mike Buchanan: Tom, the technical and creative genius who filmed and edited the videos of the presentations at the last three conferences, has come up with a great idea. He’s offered to stitch together a number of short video pieces from men and women showing their responses to the Gillette anti-male TV adverts. Your responses can take any form you want, including discarding Gillette products and/or other Procter & Gamble products. Feel free to curse and swear, but Tom will “bleep out” anything particularly strong. For your video to be considered for inclusion, it must comply with the following guidelines:
Deadline – 24:00 GMT Sunday, 20 January [Deadline Extended]
Format – .mp4 or .mov
Duration – no less than 10 seconds, no more than 30 seconds
Identify yourself by name (genuine, or assumed) if you wish
Resolution – HD (1080p)
If possible, use Auto White Balance
Sending the file to Tom – using (free of charge) WeTransfer https://wetransfer.com, email Tom at tokkelossi@protonmail.com
I plan to submit a video myself, and I hope you will join me in doing likewise.

Read more »
Posted by Angelo Agathangelou at 11:24 pm No comments: Links to this post

A Cabinet Office source tells me today No. 10 is considering agreeing a second referendum with three choices:
No Deal Brexit, May’s Deal or No Brexit.

Authored by Craig Murray: A Cabinet Office source tells me today No. 10 is considering agreeing a second referendum with three choices: No Deal Brexit, May’s Deal or No Brexit. It would be by alternative vote, ie you rate your preferences 1, 2. The thinking is that the first round might go No Deal 23, May’s Deal 37, No Brexit 40. The second round would then go May’s Deal 60, No Brexit 40.
They claim there is opinion poll evidence to support this. But I see a flaw. It is predicated on the current situation, where a lot of Remainers are prepared to support Brexit, to respect the referendum result. But surely a second referendum would release that psychological constraint and the overwhelming majority of Remainers would seize the opportunity to try and ditch Brexit?

'Today I walked down to Tesco to get my milk and, as every day, I passed the huddle of homeless people who sleep in the close. It illustrated vividly how disconnected Westminster is from the very real problems of desperate poverty that exist in our society.'
Read more »
Posted by Angelo Agathangelou at 3:31 pm No comments: Links to this post 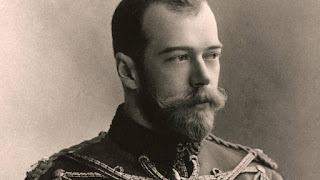 Czar Nicholas II And
The End Of History

By Ex-Jew Nathanael Kapner: THE JEWS MURDERED Czar Nicholas II and the Russian Imperial Romanov Family.
One might call this atrocity executed by the Jews the “death of the family,” that is, the end of the core of society from which mutual care, obligation, and civic responsibility emanate.
There is a prophecy by St Paul that the Orthodox Church interprets as being how the door opens for the coming of the Antichrist:
“For the mystery of lawlessness doth already work: only there is one that restraineth now, until he be taken out of the way. And then shall be revealed the lawless one.”
This is to be interpreted by perceiving that the Roman Empire–as continued through Byzantium and sustained by the Russian Empire–would lose its restraining power and give free reign to Antichrist forces of which global Jewry is the primary agent.

'Czar Nicholas II, his wife and children, were taken to the Jew Jacob Yurovsky, given the assignment to imprison and assassinate the Imperial Family. ...The Jewish assassins, Yurovsky, Nikulin, Yermakov, Vaganov, were waiting. ...Yurovsky aimed directly at the Czar’s head and fired. He died instantly. Next, he shot Czarina Alexandra as she made the sign of the Cross.'
Read more »
Posted by Angelo Agathangelou at 1:10 pm No comments: Links to this post

US Arrests Prominent Iranian Journalist Reportedly To Use As ‘Bargaining Chip’

By Alison Weir: According to a U.S. government official, the U.S. has arrested prominent Iranian news anchor Marzieh Hashemi to use as a bargaining chip against Iran.
So far, no charges have been filed against Hashemi, and the FBI has refused to comment on the arrest.
The official, who wishes to remain anonymous, says that while the eventual charge may be along the lines of ‘collusion to damage the United States’ or something similar, the real reason she was arrested is to pressure the Iranian government to release several Americans it is holding.
According to the official, Hashemi is being transferred to prison in the DC area and will likely be charged by the Alexandria Federal Court, which handles most international profile cases.
The arrest of the 59-year-old journalist has made international headlines, BBC stating that she has reportedly been “subjected to ‘inhumane’ conditions.”

'She was handcuffed and shackled and was being “treated like a criminal.” ...held for 48 hours before being allowed to contact a daughter. ...Her head covering was forcibly removed and she has been denied halal food, “only offered pork to eat.'
Read more »
Posted by Angelo Agathangelou at 9:44 am No comments: Links to this post

'Universal rules of relationshits,
Western women usually fuck  it up!'
Terrence Popp: Dating is like navigating enemy territory. If someone doesn't point out where the mines are, you could lose your shit.
Posted by Angelo Agathangelou at 6:20 am No comments: Links to this post

The Controlled Demolition Of Brexit

"Let this be yet another reminder to anyone in the European Union beurocratic hell and let this be a good warning to anyone lucky enough to not be in that situation, this is not how these beurocratic globalist monstrocities work. You do not get a say in this. You might get the illusion of having a say in any of what's going on, but you don't at the end of the day, because even if by the incredibly unlikely event that the public actually does get to say no, or let's leave, or thumbs down to you guys, they will do anything, pull any trick in the book to make sure that you keep voting until you vote 'the right way', exactly as they did with the EU constitution voted down by France and The Netherlands before they reformulated it as The Lisbon Treaty.

Imagery Featuring Larynx
Posted by Angelo Agathangelou at 12:49 am No comments: Links to this post