Second Wave Feminism: Promoting Both Similarities & Differences Between the Sexes

Gynocentrism: Below is an excerpt from p.3 of the introduction to The Second Wave: A Reader In Feminist Theory, edited by Linda Nicholson. Note the promotion of differences between men and women, referred to as ‘difference feminism’ or ‘gynocentric feminism.’ 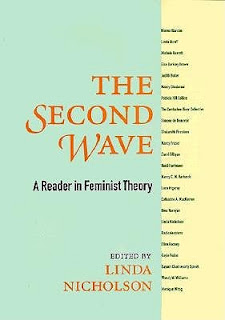 In the late 1960s and early 1970s two contradictory beliefs existed as part of the general culture: that the differences between women and men were deep and rooted in nature and, secondly, that women and men were basically the same. Second wave feminists initially drew heavily on this latter belief to press for changes in the status quo. While many, particularly “liberal” feminists, continued in this direction, those feminists who saw their politics as more radical began to focus on the differences between women and men. This focus can in part be explained by the political limitations radical and socialist feminists saw as associated with a “women and men are the same” perspective.

By Dr. Paul Craig Roberts: Washington has chosen a president for Venezuela. I wonder if Trump saw the black humor in doing to Maduro what the Democrats and presstitutes are doing to him.
Few Latin American governments have ever had a government that represents the majority indigenous people or a president who was not of Spanish descent. Chavez in Venezuela perhaps was the longest lasting indigenous leader. His successor Maduro is also indigenous.
Indigenous Latin American leaders are unacceptable to Washington, because they tend to be reformers who represent their country’s people instead of American business and financial interests. Consequently, when a Latin electorate elects a leader who will put them first, Washington overthrows the leader. This is the history of US/Latin American relations.
In the 21st century alone Washington has overthrown the elected presidents of Honduras, Argentina, Brazil and Venezuela and overturned the independence of Ecuador that had provided asylum protection for Julian Assange. Washington’s coup with the Spanish elite against Chavez in Venezuela initially succeeded. Chavez was in captivity, but before he could be murdered the Venezuelan people and military forced his release.
Chavez, either because he lacked the power to move against the traitorous Spanish elite or because he chose to display magnanimity, did not hold those responsible who participated in the coup against his life and Venezuelan sovereignty.

Read more »
Posted by Angelo Agathangelou at 7:44 pm No comments:

Max and Stacy discuss their belief that a store of value is actually more useful for a poor person than a rich person. The argument that the poor can’t afford a store of value is betrayed by the very fact that Indian women reportedly own an estimated 11% of the world’s gold supply. They also discuss Trump risking financial disaster for America by weaponizing the global payments rails in which all tracks must go through New York. If that part of the journey is no longer needed, will the US lose its global financial power? Politico asks this question.

Read more »
Posted by Angelo Agathangelou at 4:50 pm No comments:

Venezuela ~ The U.S. Game Plan For 'Regime Change' And How To Respond To It

'U.S. stooge Guaido promises to change Venezuela's oil law to the advantage of the U.S., while the Bolivarian government uses the oil to support the poor.' 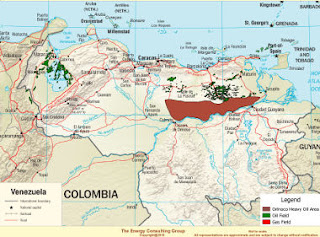 Moon of Alabama: Yesterday the U.S. recognized a right-wing 'leader of the opposition' in Venezuela Juan Guaido as the president of the country. A number of right-wing led countries in South America joined in that move. Cuba, Bolivia and Mexico rejected it. Russia, China, Iran and Turkey continue to support the the government of the elected President Nicolas Maduro and spoke out against the coup attempt. The European Union has no united opinion with the neo-liberal led France being pro-coup and Spain standing against it.
Venezuela must prepare for a multi year conflict while doing everything to keep it as short as possible.
This long planned U.S. move against the legitimate government of Venezuela is just the start.

Read more »
Posted by Angelo Agathangelou at 12:14 pm No comments:

King And Kennedy Families Speak Out On Assassinations

Read more »
Posted by Angelo Agathangelou at 8:08 am No comments:

Washington Has Appointed A President For Venezuela 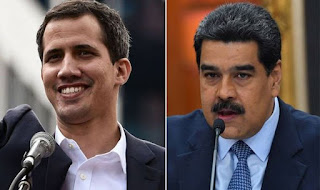 By Dr. Paul Craig Roberts: After listening since 2016 to the American presstitutes complain, without providing a mere scrap of evidence, of Russia meddling in US elections, a person would think that the last thing Washington would do would be to meddle in other countries’ elections.
Unfortunately, that is not the case. Washington routinely meddles but now has gone far beyond mere meddling. Washington has this day (January 23, 2019) declared that the elected president of Venezuela, Nicolas Maduro, is no longer the Venezuelan president. Washington, not the Venezulan people, has decided who is Venezuela’s president. Declaring the elected government to be “illegitimate,” President Trump elected by diktat the Venezuelan president: “Today, I am officially recognizing the President of the Venezuelan National Assembly, Juan Guaido, as the Interim President of Venezuela.”

Read more »
Posted by Angelo Agathangelou at 5:23 am No comments:

Independent Man: I give some additional thoughts on the 'Gillette Public Service Announcement'.
Posted by Angelo Agathangelou at 3:23 am No comments:

US Has An Unholy Relationship With Jewish Apartheid Israel 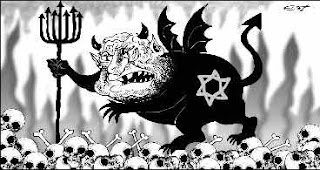 By Mark Glenn: Today, while driving through town, I wound up behind a minivan that had a big sticker on the back. The sticker had an Israeli flag in the middle of it, and under it the quotation from the book of Genesis that reads “I will bless those who bless thee.”

I would like to take this time to list my own reasons for thanking and blessing Israel, our lone ally in the Middle East, for everything she has done for us, since I am quite sure most Americans are unaware of just what kind of friend she has been to us.
For extorting from me and my fellow Americans $6,000,000,000 (billion) a year for the last 4 decades, we bless thee.
For taking our most sophisticated weapons technology and stealing it for yourself without paying the American patent holders, we bless thee.
For taking that high-tech military technology and selling it to our enemies, such as the Russians and Chinese, thus further endangering us, we bless thee.
For using that weaponry in a sustained attack against a United States ship, the USS Liberty, resulting in the deaths of 34 American servicemen and the wounding of almost 200 others in an attempt to sink her, blame the attack on Egypt in order to push the Americans into joining you in your war against the Arabs, we bless thee.
Read more »
Posted by Angelo Agathangelou at 12:11 am No comments: