Submitted by OilPrice: China is taking its renewable energy push to new heights, literally, after the country's scientists revealed plans to build and launch in orbit a space solar station that could capture the Sun’s rays 24/7, Chinese media report. 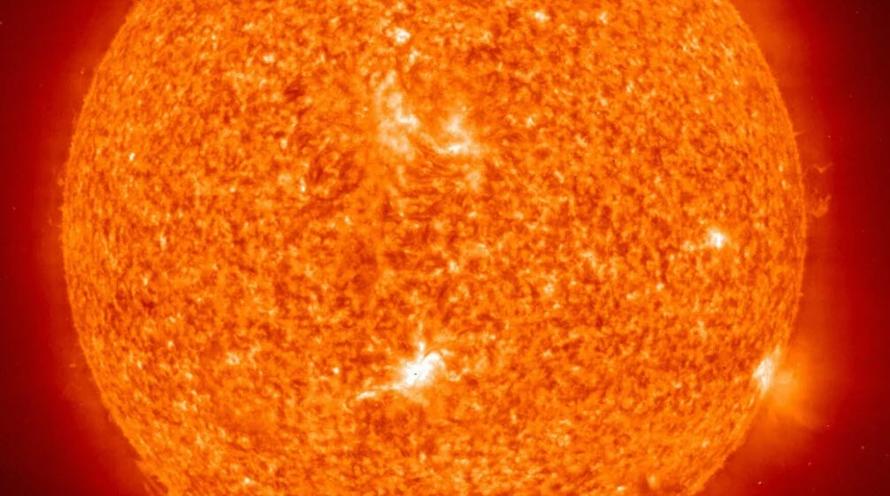 The sun photographed by NASA's Extreme Ultraviolet Imaging Telescope
China has already started to build an early experimental space power plant in the city of Chongqing, The Sydney Morning Herald reported, citing an article in China’s Science and Technology Daily.
The space solar station, planned to orbit the Earth at 36,000 kilometers (22,370 miles) could provide “an inexhaustible source of clean energy for humans,” according to Pang Zhihao, a researcher at the China Academy of Space Technology Corporation.
Such solar power technology could supply reliable energy 99 percent of the time and have six times the intensity of the solar farms that work on the earth, the scientist says.
China will start by launching small solar stations between 2021 and 2025, while a possible next step would be a Megawatt-level station planned to be built in 2030.

"This week's edition of what the
ever-loving fuck is wrong with men."
Janice Fiamengo
Posted by Angelo Agathangelou at 8:20 pm No comments: Links to this post

France: Once A Country - Now A Joke 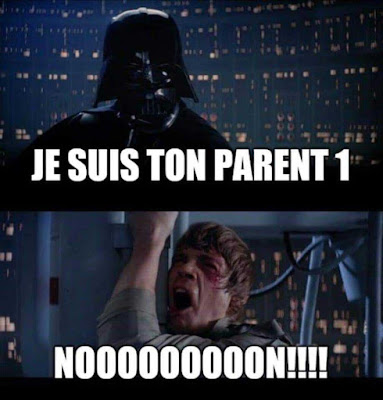 RT: French schools are set to replace the words ‘mother’ and ‘father’ with ‘Parent 1’ and ‘Parent 2’ following an amendment to a law which passed through French Parliament this week.
The new naming convention is ostensibly aimed at ending discrimination against same sex parents but critics argue that it “dehumanises” parenthood and may lead to rows over who gets classified as ‘Parent 1.’
The amendment, passed Tuesday as part of a wider plan to build a so-called “school of trust,” will also enforce mandatory school attendance for all three-year-olds.
“This amendment aims to root in law children’s family diversity in administrative forms submitted in school,” said Valérie Petit, MP for the majority REM party of President Emmanuel Macron.

Corbett: Fresh off the heels of pimping for Amazon, Harrison Ford is back at it, this time lending his face and voice to climate change buffoonery for the World Government Summit taking place in the United Arab Emirates. I wish I was making this up. Today, I break down the World Government Summit and the real nature of these globalist institutions that seemingly sprout out of nowhere.
Posted by Angelo Agathangelou at 2:53 pm No comments: Links to this post

By Dr. Paul Craig Roberts: Prior to the Democrats becoming the anti-American political party of Identity Politics, whites, blacks, and Puerto Ricans could laugh at themselves and at one another. Dean Martin turned a roast, in which good humored fun is poked at a prominent person, into mass entertainment. That blacks were equal opportunity targets was testimony to the success of black entertainers and athletes. In the humorless world of today, these roasts would be considered “hurtful,” “offensive,” and “hate crimes.”
Americans had to be trained to this new mentality. It was done in order to break us apart as a people, and it has succeeded. Recently, in response to overwrought reactions to youthful blackface experiences of current Virginia Democratic politicians, I posted a Dean Martin roast of Sammy Davis Jr. and asked if Davis was a self-hating black for permitting himself to be ridiculed on stage before a large audience. https://www.paulcraigroberts.org/2019/02/07/was-sammy-davis-jr-a-self-hating-black/
The younger generation has been programmed to see Sammy Davis’ roast as a ‘step-and-fetch-it” black being ridiculed for white entertainment. That many of those roasting Sammy Davis were themselves black and Sammy Davis was a very successful multi-millionaire entertainer does not affect the modern perception of the event. I wonder if they see Ronald Reagan as a self-hating white: https://www.youtube.com/watch?v=ve1z48hljYY
Muhammad Ali, a justifiably proud American, was pleased to be an honored roastee and gave as good as he received. Everyone knew it was all in fun.

Read more »
Posted by Angelo Agathangelou at 10:44 am No comments: Links to this post

Ann Coulter: "The Only National Emergency Is That Our [US] President Is An Idiot"

"Thank God he’s relieved me of any
responsibility for what he’s been doing,"
By Tyler Durden: Ann Coulter had some harsh words for President Trump on Friday after he said that she was "off the reservation" during a Rose Garden press conference during which he declared a national emergency at the southern border to spend $8 billion for border barriers.
"Ann Coulter, I don’t know her. I hardly know her. I haven’t spoken to her in way over a year," said Trump. 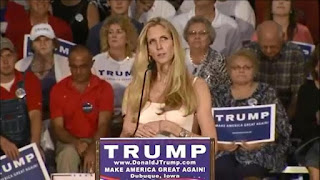 This was great news for Coulter, a former die-hard supporter of Trump, who was more than happy to be disassociated with the president whom she originally predicted would win the 2016 US election long before he won the GOP primary.
"Thank God he’s relieved me of any responsibility for what he’s been doing," said Coulter on KABC's Morning Drive on Friday. "That was the biggest favor anyone could do [for] me today."

Read more »
Posted by Angelo Agathangelou at 7:26 am No comments: Links to this post 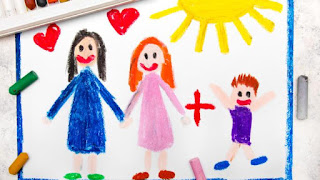 The French parliament has voted to banish the words “mother” and “father” from official paperwork in the education system to tackle discrimination against gay parents.
Children’s documents will instead refer to Parent 1 and Parent 2. The move has angered conservatives and Christians who argue that it signals the country’s moral decline.
Groups fiercely opposed to gay marriage have called for civil disobedience if, as is widely expected, the move is approved by the Senate. Traditionalists claim that the next move will be to delete the words mother and father from the French language.
MPs from President Macron’s République en Marche party passed the legal amendment in the interests of “anchoring in the diversity of families of children in the law”. Gay marriage became legal in France six years ago.

As Congress tackles urgent issues of reopening government and setting the budget for the country, it takes the time to prioritize a foreign apartheid regime: H.R.648 contains assurances that Israel will receive $3.8 billion for arms, and funding for refugee resettlement; the bill also includes threats to de-fund the International Atomic Energy Agency (IAEA) and any future state of Palestine–if US demands (dictated by the Israel lobby) are not met. - Rep. Nita Lowey makes floor statement on H.R. 648, Bipartisan Bills purportedly To Reopen Most of Federal Government

By Kathryn Shihadah: News analysis
On January 23, the House of Representatives passed an appropriations act billed to ““reopen the government and pay our federal employees.” But buried inside the bill are diverse financial allotments and perks for a foreign country: Israel.
The legislation contains paragraphs and sections far removed from the shutdown, committing billions of dollars in payments to Israel – without the robust debate that usually accompanies big-ticket spending.

Read more »
Posted by Angelo Agathangelou at 12:50 am No comments: Links to this post