"Warming a can of exploding
cookie dough in your pussy!"
Turd Flinging Monkey
Posted by Angelo Agathangelou at 9:11 pm No comments: Links to this post

The Honorable Elijah Muhammad once said to me,
“Brother, you cannot fathom the depth of Satan.”

By NOI Research Group: The history of Jewish espionage against Black American citizens is long and deep, and it began long before the Nation of Islam was founded by Master Fard Muhammad in 1930. Jewish agents seeking to maintain control over the rate and direction of Black progress infiltrated the NAACP leadership from the very start, forcing it into political subservience and funneling its internal documents to US government officials. These same malignant Jewish forces worked for the demise of the Marcus Garvey movement, the largest Black independence movement of that time.

Read more »
Posted by Angelo Agathangelou at 3:43 pm No comments: Links to this post

thejuicemedia: The Australien Government made a new video for people smugglers following the passing of the MedEvac bill, and it's surprisingly honest and informative
Posted by Angelo Agathangelou at 9:48 am No comments: Links to this post

As Palestinians in Hebron navigate life without the Temporary International Presence in Hebron (TIPH) observers, it is worth looking back on how oppressive and violent life was even with outsiders watching. Eric Garner would find the city eerily familiar.

Each week, settler-organized tour groups walk through the old city of Hebron, accompanied by a large number of fully armed Israeli military soldiers who clear the path for the settlers and tourists and stop all movement in the old city. This is standard procedure as all Israeli citizens have the right to protection by the Israeli military.
By Kathryn Shihadah: Hebron is an ancient city in the West Bank of the Occupied Palestinian Territories with a population of about 220,000 Palestinians and less than 1,000 Jewish settlers.
About 1,000 Israeli soldiers are charged with “keeping the peace,” a job at which they have consistently failed – or so one would suppose, given that for 22 years the city has been obliged to host the TIPH (Temporary International Presence in Hebron).

The Gynocentric Mob And Female Superiority 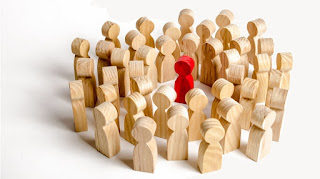 By Peter Ryan:
Gynocentric Herd Mentality
What gives gynocentrism its social power is the power of the mob. The female mob and the army of white knights and simps at the ready to enforce the dictates of the female mob, is what holds society hostage to gynocentrism. Feminists, gynocentric female voters and their loyal male foot soldiers and white knights in politics, the legislature and policy etcetera, make sure that their gynocentric agenda rolls out and is enforced in society.  Are all women and all men herd animals that subscribe to groupthink and defer to women in every context, regardless of the circumstances? No, absolutely not. Substantial numbers of both sexes do not belong in that category and those numbers are growing every day as the grotesque face of gynocentrism becomes unmistakable in the culture.

Read more »
Posted by Angelo Agathangelou at 2:52 am No comments: Links to this post

Guys And Dolls - No Joke Janice