'Explicit, inside details about Lobby activities. In one part a lobby official discusses their contacts with the Associated Press, Reuters, Buzz Feed, and Wall Street Journal, and their ability to change news headlines.'

IAK: The suppressed Al Jazeera documentary on the Israel Lobby in the U.S. will be shown in Berkeley, California:
Berkeley Central Library – 3rd floor meeting room Mon, March 4, 6-7:30 pm 2090 Kittredge St. (at Shattuck) Berkeley, CA 94704
Al Jazeera produced an explosive documentary about the Israel Lobby in the United States, in which an undercover reporter secretly filmed lobby activities around the country, including at UC Davis and Stanford.
The film documents how pro-Israel nonprofit organizations in the U.S. worked directly with a foreign government to manipulate Americans. It also reveals Israel’s projects to spy on Americans.
The documentary was never released after Israel partisans from the U.S. convinced Al Jazeera not to broadcast it.
However, the attempt to prevent Americans from viewing the film failed when it was leaked. It contains explicit, inside details about Lobby activities.

Read more »
Posted by Angelo Agathangelou at 11:07 pm No comments: 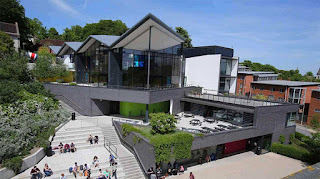 By Elizabeth Hobson: Professor Eric Anderson had arranged for Mike Buchanan (Justice for Men & Boys) and William Collins (Illustrated Empathy Gap) to deliver talks at his place of work, the University of Winchester U.K., this Friday (1/3/19).
Mike’s talk was billed as ‘Equal Rights for Men & Women’ and William Collins’: ‘Gender in History: Myth and Reality’.
Not only was official permission obtained but Professor Anderson had informed the Feminist Society on campus, as well as the Conservative Society, the leaders of which both expressed interest in seeing the events go ahead.
Unfortunately, the day before yesterday (Tuesday, 26/2/19) a Change.org petition was created to ‘Prevent Men’s Rights Activists from coming to Winchester University’.

Thousands of asylum seekers from Darfur – most of whom have been in Israel for years – still hold visas that treat them like “infiltrators, with insulting sanctions, instead of recognizing them as refugees.” Interior Minister Arye Dery has decided to keep them that way, at least until after the Israeli elections in April.

Holot Detention Center, which was closed in March 2018 to free up funds for deporting more people, according to Bibi 'The Baby Butcher' Netanyahu.


By Lee Yaron: Interior Minister Arye Dery decided last week not to grant asylum seekers from Darfur a temporary resident’s visa, which would make them eligible for social benefits. Dery’s decision flies in the face of the appeals tribunal, which directed that they be given this status, and the Jerusalem District Court, which recommended that a special policy be formulated for asylum seekers who have been waiting years for a decision on their applications.
Dery said he made the decision, among other reasons, because of the upcoming election, even though such a decision is supported to be based on criteria determined by the United Nations convention on refugees.
Read more »
Posted by Angelo Agathangelou at 4:06 pm No comments: 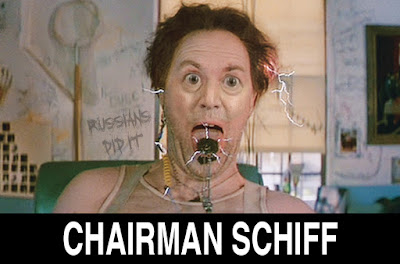 Read more »
Posted by Angelo Agathangelou at 12:24 pm No comments:

Why The ‘Left’ Is Dead In The Water

It seems that there is not much left of the Left and what remains has nothing to do with ‘Left.’ 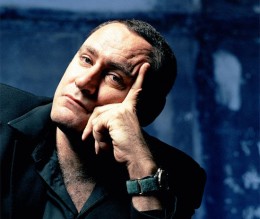 By Gilad Atzmon: Contemporary  ‘Left’ politics is detached from its natural constituency, working people. The so called ‘Left’ is basically a symbolic identifier for ‘Guardian readers’  a critical expression attributed to middle class people who, for some reason, claim to know what is good for the working class. How did this happen to the Left? Why was it derailed and by whom?
Hierarchy is one answer. The capitalist and the corporate worlds operate on an intensely hierarchical basis. The path to leadership within a bank, management of a globally trading company or even high command in the military is of an evolutionary nature. Such power is acquired by a challenging climb within an increasingly  demanding system. It is all about the survival of the fittest. Every step entails new challenges. Failure at any step could easily result in a setback or even a career end. In the old good days, the Left also operated on a hierarchical system. There was a long challenging path from the local workers’ union to the national party. But the Left is hierarchical no more.

'Instead of fighting for manufacturing and jobs, the Left has embraced the highly divisive identitarian battle.'
Read more »
Posted by Angelo Agathangelou at 10:52 am No comments:

Men Are Good!: An odd but helpful prescription for feeling good can be found in gratefulness.
Posted by Angelo Agathangelou at 5:45 am No comments:

"Why can't you hear what Alex Jones has to say?"

Read more »
Posted by Angelo Agathangelou at 2:34 am No comments:

The Talk That Never Was

'Perhaps this audience is too sophisticated to believe this, but there is a widespread impression that, in history
- say one hundred years ago or more -
boys were educated but girls were not.' 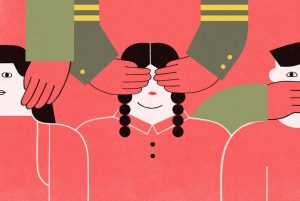 By MRA-UK: I had been invited to give a talk at Winchester University on 1st March 2019 by the Professor of Masculinities there, Eric Anderson. I believe that proper permission had been obtained, but in the event there was a student-led petition against it. The result was that Eric was put under a lot of stress over the matter so that I and the other invited speaker (Mike Buchanan) volunteered to pull out from concern over Eric. I am in the habit of scripting my talks. The script is the content of this post. Hence, this is verbatim what I was intending to deliver at Winchester; nothing has been omitted and nothing added. The embedded Figures would have been shown via Powerpoint. All sources are given at the end.
Gender in History: Myth and Reality
The subject of my talk is gender issues in history. I wish to explode a few myths that seem to have taken root in the popular perception. My apologies in advance if this is old news to you.